Is Russia returning to Afghanistan?

April 1 2013
80
Interesting news Came from the Ministry of Defense of the country. It is reported that representatives of the main military department of Russia intend to discuss with representatives of the North Atlantic Alliance the possibility of creating Russian (or joint) bases in Afghanistan, where military equipment will be serviced and repaired. Such an idea was shared by Sergey Koshelev, head of the Directorate of International Military Cooperation of the Ministry of Defense of Russia. 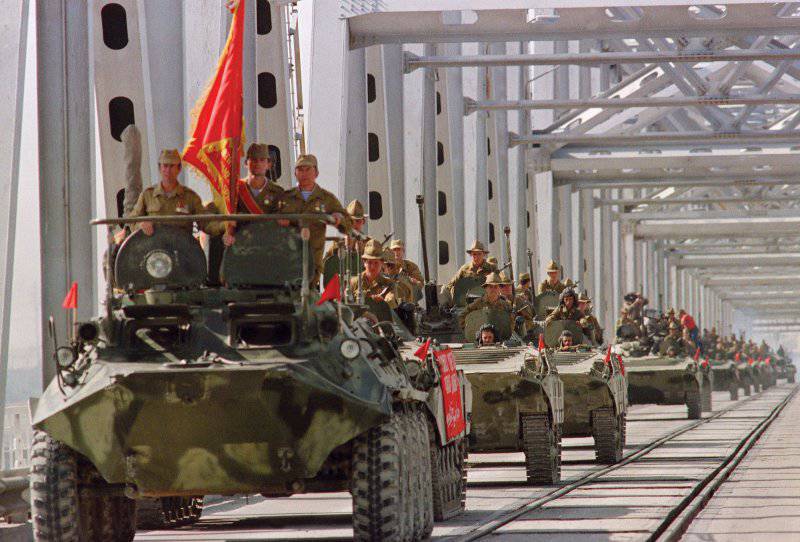 This idea emerged due to the fact that in 2014, the combined ISAF contingent will have to leave the territory of Afghanistan (at least, quite recently, representatives of the American authorities stated this), and the security of the citizens of Afghanistan will have to be controlled by the Afghan army. According to representatives of the Russian Ministry of Defense, a large number of American military equipment will remain at the disposal of the Afghan army, plus the Soviet-style equipment that went to the Afghans after the withdrawal of Soviet troops in 1989. If not to assist the Afghan armed forces in terms of technical maintenance of this equipment, then it can in a short time turn into a pile of scrap metal and will not serve the purpose of protecting civilians, Russian military officials say.

It is reported that Russian specialists could deploy bases in the same place where the bases of the Americans are now located (most of these bases were once deployed by Soviet troops during the 1979-1989 war). The emphasis is on the fact that the Russians know Afghanistan well and are ready even now to begin to help the local army to maintain the military equipment in its combat-ready state.

Such news gives some food for thought. On the one hand, the idea of ​​the Russian Ministry of Defense seems quite robust and aimed at a positive result in the future. Apparently, representatives of the military department believe that if the Americans and their closest allies decide to withdraw troops from Afghanistan in 2014, then there will be a vacuum that would be nice to fill with their presence. It can be assumed that the defense ministry decided for a long time what status of Russia should be returned to Afghanistan in order, let's say, to stake out the territory.

It is obvious that the entry of Russian troops into this country would have caused a real shock inside Russia itself, which (when the USSR was in existence) had already eaten all the “charms” of participation in the Afghan war. The new introduction of the military contingent would have caused a predictable reaction of a clearly negative nature among the Russians. In this regard, it was decided to fill the vacuum in other ways. One of the most digestible ways is technical assistance to the emerging Afghan army, which should set the Afghans in good-neighborly relations with Russia, declaring their readiness to help with maintenance.

However, this idea has a downside, which looks very doubtful. The fact is that Russia wants to begin coordinating its hypothetical return to Afghanistan with NATO, and this makes it possible for NATO to feel itself the obvious master of the situation. They say, we want - we will give good, we don’t go - let's, goodbye ... But we should not forget that Russia, when talking about Afghanistan with Brussels and Washington, has that trump card, which all this time was perceived, frankly speaking, with great skepticism. This trump card is the famous NATO transit point in Ulyanovsk. Recently, the media began to forget about this point, however, the Ulyanovsk TPK continues to be actively used. In particular, as recently as February 2013 of the year special cargoes were sent to the ISAF contingent (its British segment) through Ulyanovsk to Afghanistan. Information that the TPC in Ulyanovsk is actively working, confirmed the special representative of Russia to NATO, Mr. Grushko.

If the Ulyanovsk transit center works, then it can really be used as a trump card. Moreover, Moscow may well show Washington the presence of this TOC on its territory as an object for achieving favorable agreements for Moscow. And, apparently, the official Russian authorities today believe that the deployment of military-technical expert groups at bases in Afghanistan is a profitable enterprise for Russia.

In this case, if Washington and Brussels begin to balk about the fact that they, they say, will be able to provide technical assistance to the Afghans without any Russian intervention, then Moscow may well explicitly announce to the Western "partners" the unexpected closure of the Ulyanovsk base. The reasons can be found above the roof: from the repair of the runway to an unscheduled translation to the new standards of cargo services for the Ulyanovsk airfield.

So, let us assume that the Russian representatives of the Ministry of Defense talked with their NATO (American) colleagues about the fact that technical specialists could come to Afghanistan to assist in the repair of military equipment and its equipment by Afghan soldiers. Let us assume that the American military, fearing to lose the cargo corridor through Ulyanovsk, made concessions to Russia and, reluctantly, through clenched teeth, filtered their “Yes”. What next? For what purpose is the Defense Ministry going to return the Russians (technical groups) to Afghanistan?

Apparently, the plans see not so much assistance in the repair and maintenance of military equipment, as the building of bridges with the forces that may be at the top of political power in the country. What are these powers? If you believe the current head of Afghanistan, Hamid Karzai, it is he and his supporters, who are confident that after the withdrawal of NATO troops from the country, life here will become safer. However, it is increasingly coming from Qatar that Karzai is seeking contacts with representatives of the Taliban movement, which (the movement) in Doha has opened its office. And if we consider that Qatar is a state that is considered by the United States to be one of its main allies in the region, then it would be naive to believe that Washington has no relation to the opening of the Taliban’s representation in the capital of this dwarf country. If you collect all the information presented in one basket, it turns out that Qatar opened the Taliban office, at least with the tacit consent of Washington, and, at most, with its direct instructions. Hamid Karzai, realizing that the US is playing a double game (which, in fact, this state has always been different), also decided to find certain rear services in case he suddenly had to be with the Taliban one-on-one after the withdrawal of Western troops from Afghanistan. And if Karzai and the Taliban "meet" after the withdrawal of NATO troops from Afghanistan, then Karzai is unlikely to keep his seat. At the same time, representatives of the Taliban movement say that since the last negotiations with the American side (and such negotiations were held in 2012), there have not been any new negotiations with the Americans. Should the statement about stopping Talibo-US contacts be worth believing? - big question.

Against this background, the ongoing backstage games of the United States with the Afghan authorities, the Taliban and Qatar, and the attempts of the Afghan authorities themselves to get airbags from both Washington and Doha and the Taliban, Russia declares its readiness to return to Afghanistan. With all due respect for the idea of ​​restoring a certain Russian influence on the territory of Afghanistan, it is unlikely that the technical mission can really close the tasks that Moscow is setting for itself. To decide on technical assistance to the Afghan army, which today the United States mainly uses to protect poppy plantations and mini-plants for the production of opiates, to say the least, strange.

Another thing is if Russia is going to somehow influence the situation with drug production in Afghanistan, which has long become a huge problem for Russia, because every year a continuous stream of heroin flows from Afghanistan to the Russian Federation through the countries of Central Asia, killing dozens (or and hundreds) of thousands of our compatriots annually. It would be really nice to cut this Gordian knot, but it would be extremely difficult to do so. If we take into account that drug production in Afghanistan is at hand both for the Americans and for the majority of local residents, then it’s time to start contacting not with the current authorities, but with the same Taliban, at which drug traffic fell to a historical minimum. Only now contacts with the Taliban themselves will look, to put it mildly, doubtful, because it is through this terrorist structure that the threat of extremism can come for the southern borders of the CIS. What is the result? Changing drug traffic to extremist traffic? Also, God knows what achievement ...

In general, it is necessary to speak about variants of well-thought-out plans for controlling the Afghan situation, only if the plans are really thought-out. If, for the time being, everything is at the level of “should” and “well would be”, then it would be better for the Ministry of Defense to begin to work out an unambiguous position on the real tasks that Russia is going to solve in Afghanistan. Well, in fact, our technical experts are not going to repair “UAZ” Afghans as a sign of great friendship between nations ...

Ctrl Enter
Noticed oshЫbku Highlight text and press. Ctrl + Enter
We are
"IG" in Afghanistan. Will the war come to Central Asia?ISAF: leave Afghanistan without consequences
80 comments
Information
Dear reader, to leave comments on the publication, you must to register.