Tiny Qatar uses its wealth to become a regional power. 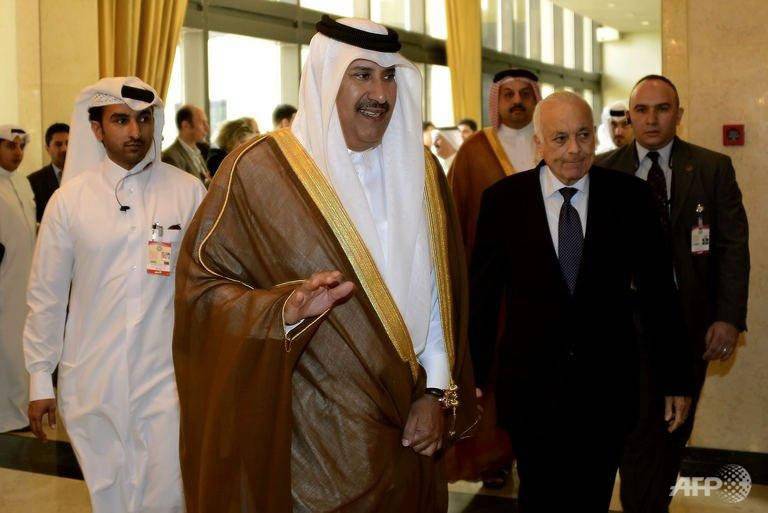 Qatar, a small Gulf country that is hosting an Arab summit on Tuesday, has become a key regional player thanks to its support for the Arab uprisings and the marginalization of traditional heavyweights.

But the “diplomacy of the checkbook” of this energy-rich state, a loyal American ally, and its support for the Islamists, who managed to seize power in some countries that survived the Arab spring, is criticized.

Emir Sheikh Hamad bin Khalifa Al-Thani "is obsessed with leaving his heirs a country that will be visible on the world map, although 20 years ago was virtually unknown,” says Olivier Da Layge, author of the recently published French book "Qatar: the new masters of the game ". "The disproportionate importance of Qatar to its size and population is due to its considerable financial resources ... and the noticeable absence of historically established actors in the Arab world," he said, referring to Egypt and, to a lesser extent, Saudi Arabia.

The population of Qatar does not exceed two million people, mainly foreign expatriates, who were tempted to work in a deserted state, which sits on the third largest natural gas reserves in the world, and is 13 in the world in terms of proven oil reserves.

Paul Salem, director of the Carnegie Middle East Center, claimed in a study published in December that historical Qatar is not a unique case of a small state that has become a regional power, mentioning Venice among other examples. “But that raises the question of the influence of the media and the power of money,” he said, referring to the Qatari channel News Al Jazeera, which played a major role in covering the Arab Spring rebellions.

In Tunisia, the ruling Islamist party Ennahda is accused of being sponsored by Doha in order to establish an Islamic state.

"Doha sees in the conclusion of an alliance with the Muslim Brotherhood, by means of a checkbook diplomacy, to lay a regional basis with economic and political influence in the Middle East and beyond," wrote the Egyptian French-speaking weekly Al-Ahram Hebdo in 20 March front page. "The massive financial support provided by Qatar to Egypt, including $ 5 billion, and the promise to invest another $ 18 billion over five years, raise concerns that this may give the small emirate significant advantages in defining and formulating Egypt's domestic and foreign policy," writes the weekly .

Qatar is reaping the fruits of its relationship with the Islamists, whom it has always supported, giving shelter to their leaders when they were threatened with persecution and arrest in their home countries.

Qatar is now the strongest ally of the new governments in Tunisia and Egypt.

In Libya, Doha was at the forefront of the struggle against the regime of the late dictator Muammar al-Gaddafi, sending weapon and militants to support the rebels, while Qatari military aircraft led by NATO bombed Gadhafi’s army. Inspired by the fall of Gaddafi, who was killed by the rebels, Qatar demanded to arm and finance an uprising against the government of Syrian President Bashar al-Assad.

Thanks to his influential Al-Jazeera news channel, Qatar realized that "he could be a key player in the new region instead of advocating the agonizing old order," said Paul Salem, director of the Middle East Carnegie Center.

However, Qatar’s diplomatic role remains mainly aimed at “serving the political and economic interests of Qatar itself,” said Amel Boubecker, a researcher at the Brookings Institution in Doha.

Ctrl Enter
Noticed a mistake Highlight text and press. Ctrl + Enter
We are
The main thing - do not play ("Polosa", Israel)Coup in Qatar: Did Ikhvan Abdelazizovich with Ihvan Khalifovich quarrel?
61 comment
Information
Dear reader, to leave comments on the publication, you must to register.