April 1 2013
41
Grigory Yakovlevich Baklanov (real surname Friedman) was born on September 11 1923 in the city of Voronezh in a family of dentists. A domestic writer, publicist, one of the most prominent and well-known representatives of an extensive pleiad of prose writers of the front-line generation, a representative of the so-called “lieutenant prose”, in whose works of art the truth about the Great Patriotic War was affirmed. In his autobiography, Grigory Baklanov once said: “When I returned home from the front, I was 21 for a year. I returned from the war with the firm conviction that the most important thing in my life has already been done. Then it was extremely easy for me. I did not want to make any career, I was absolutely indifferent to what would happen to me next. I was firmly convinced: the main thing of my life has already been done. "


Grigory Baklanov lost his parents early, the father of the future writer died in 1933, his mother in 1935, so he was brought up in the family of his uncle. He spent his childhood and youth in Voronezh. After graduating from grade 9, Gregory goes to study in aviation technical College. When the war began, he worked as a mechanic at the 18th aircraft factory, which was engaged in the production of IL-2 attack aircraft. In order to get to the military school, Grigory Baklanov externally passed exams for grade 10 (at that time it was rumored that only those who managed to finish the decade would be enlisted in the army), but, taking advantage of the opportunity, he went to the front as a private, got to artillery.

Then the front was his main goal, but Gregory Baklanov could only get there in winter. He was sent to the North-Western Front in a howitzer artillery regiment. From the front, he was sent to study at the 2-e Leningrad Artillery School, graduating from which he came to the South-Western Front (later the 3-th Ukrainian). During the battles for Zaporizhzhya in October, 1943 was seriously wounded, but after six months he returned to his native regiment and fought Moldavia. He took part in combat operations in Hungary, near Lake Balaton, participated in the storming of Budapest and Vienna. He graduated from the war as a lieutenant of artillery reconnaissance in Austria. He was awarded military orders and medals, in particular: Order of the Patriotic War 1-th degree, Order of the Red Star, medals "for the capture of Budapest" and "for the capture of Vienna."

Experiences and impressions of front-line life formed the basis of the future works of art of the writer. Later, Baklanov recalled that for his literary heroes he always took the names of the people with whom he fought. Especially dead fellow soldiers, in order to at least so revive them. 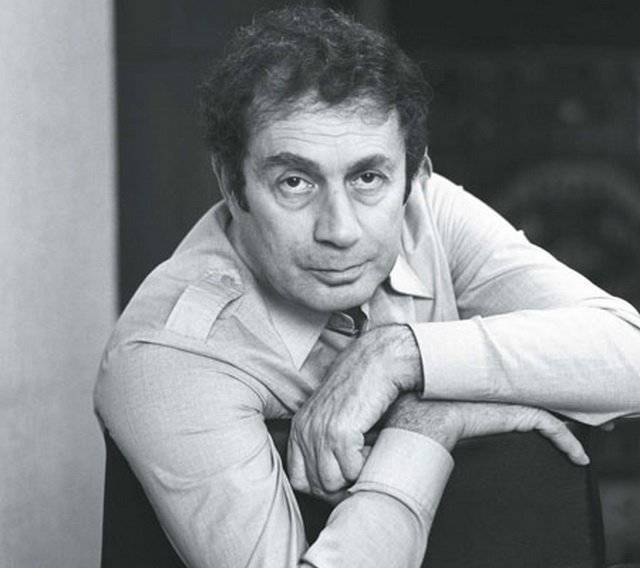 After the war, Grigory Baklanov graduated from the Literary Institute. Maxim Gorky, began to be printed in 1950-e years. His first essays and stories could be attributed to the post-war "village prose" and were devoted to the life of the post-war kolkhoz village. The first story “Reprimand” was published in the magazine “Peasant Woman” in 1951, in 1954, the story “In Bullfinches” was published, in 1955, the essay “New Engineer”. At the same time, his first works about the Great Patriotic War brought fame to the writer.

According to the author himself, the first war story of the writer “South of the main strike”, which saw the light in 1958, still left a lot to be desired, but contained the real truth about the war, “my” truth. In 1959, the second military story “The Spit of the Earth” was published in the magazine “New World”, which was subsequently published in 36 countries of the world. This may seem strange, but the Soviet official criticism took it very negatively, regarding it as a model as if it were a vicious "trench truth." For some reason in the country of the workers and peasants, this was considered something base. To some extent, this prose was opposed in many respects by the pathetic military literature of those first post-war years, to the fact that during the war and immediately after its end it was created by war correspondents.

At the same time, at the end of 1950, in military prose the events of the past war begin to be recreated by writers not only as a great feat of the entire Soviet people, but also as great misfortune and catastrophe that made millions unhappy. The fate of a particular, private person at the front will remain in the center of attention of all Baklanov’s military works: the story “The Dead do not have shame” (1961 year), the story “How much is a pound of a chore” (1962 year), the novel “July 41 year” (1964 year) . In his novel “July 41 of the Year”, Grigory Baklanov would be one of the first domestic writers to name the 1937 trials, Stalin’s destruction of the top commanders of the Red Army, among the causes of the catastrophic defeat of the first months of World War II. The novel, which had a separate book, was nevertheless banned for 12 years, although already in 1967, at the IV Congress of Soviet Writers, it was recognized as one of the most significant works in Soviet literature about the past war. 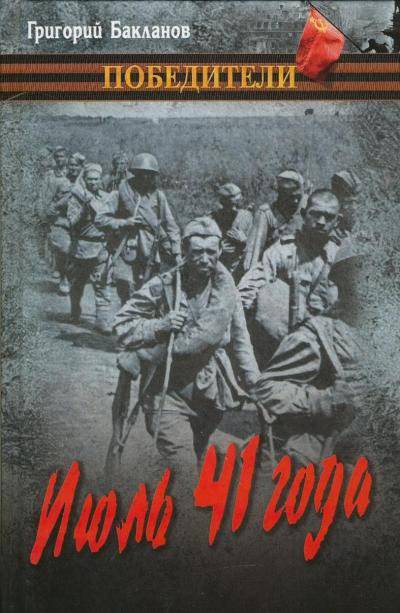 Subsequent works by Baklanov - the story “Karpukhin” (1965), the novel “Friends” (1975), the story “Smaller among brothers” (1981) - told the reader about peacetime, but the heroes of these works were still representatives of the generation that passed war Therefore, the heroes measured their actions that they committed in this peaceful life with the moral standards that they had formed during the war.

Again, very loudly, Baklanov made a name for himself in 1979, when he saw the light of his story “Forever the nineteen-year-old”, which was awarded the USSR State Prize. In this story, the writer again turned to military weekdays. From a peaceful distance away, Grigory Baklanov tried to peer into that war, which after the publication of his book would be called the “lieutenant war,” that is, seen not from headquarters, but from the battlefield. Young people who have just received their first officer ranks - “clean, honest boys” who lay down their heads on the battlefields.

In the story "Forever - Nineteen", as it were, concentrated above the dignity of Baklan prose. Later, the critic wrote about him: “nothing imaginary, meaningful. Cormorants are always trying to write frankly and simply. The writer is able to keenly experience everything that happens to man and the world. ” Young lieutenants, heroes of the work of Baklanov, have a keen sense of the value of every moment they live in a war, every day. Equally captured by the reader and the descriptions of battles, and frequent with Baklanov descriptions of nature, the existence of which is an alternative to the nightmare that people have built. 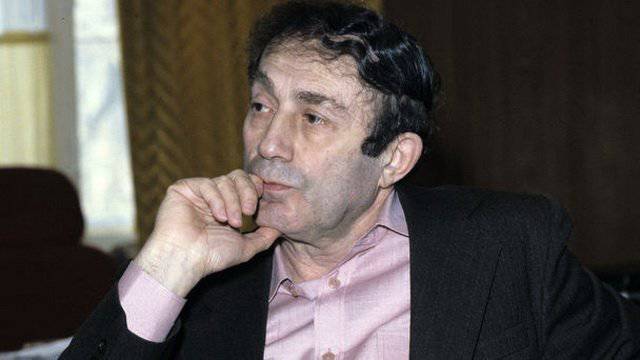 Besides this, Baklanov wrote 2 books of foreign essays: “Temp of Eternal Chase” (1971) and “Canada” (1976), he also often enough played the role of essayist and author of memoirs, which were written in an artistic-documentary manner. According to the scripts of Grigory Baklanov, 8 feature films were shot (some of which are based on his books), he considered the best film “It was the month of May” (1970 year) directed by MM M. Khutsiev. The most significant dramatic work of the writer was the play “Fasten your seat belts” (1975 year), which was staged at the Taganka Theater by director Yu. P. Lyubimov.

It so happened that the war became the main event in the life of Gregory Baklanov, as well as many other people of his generation - they just knew little of her. Before heading the Znamya magazine during the years of perestroika, Baklanov did not work anywhere - at first he was a soldier, and then all the time a writer. At the same time, the role he played as editor of this magazine in 1986-1993 is very large. For several years, this literary magazine was the first to publish many works that were previously banned, among them: “By the right of memory” by A. Tvardovsky, “The Heart of a Dog” by M. Bulgakov, “A golden cloud spent the night ...” by A. Pristavkina, “ Loyal Ruslan "G. Vladimirov. Grigory Baklanov published in “The Banner” of Pelevin and Kibirov, Bulgakov and Platonov - in general, he became for the magazine those who could become Tvardovsky for the “New World”.

In the 1995 year, the writer's next novel, And then the Looters Come, came out, a work about a generation that survived one of the worst wars, but which, due to the difficult contradictions of the new time, is on the verge of civil war. Baklanov’s last novel was written not so much by a writer as by a publicist. Moscow events 1993, have not had time to forget and remain in memory. Also in 1995, the book by Grigory Baklanov, “I was not killed in the war,” was published in Moscow, and the following year, the book of memoirs, “Enter the narrow gate.”

Grigory Baklanov died on December 23 on 2009 on the 87 year of life, was buried in Moscow at the Troekurovsky cemetery.