The wrong side of the operation "Argo". What is behind the scenes Oscar-winning film 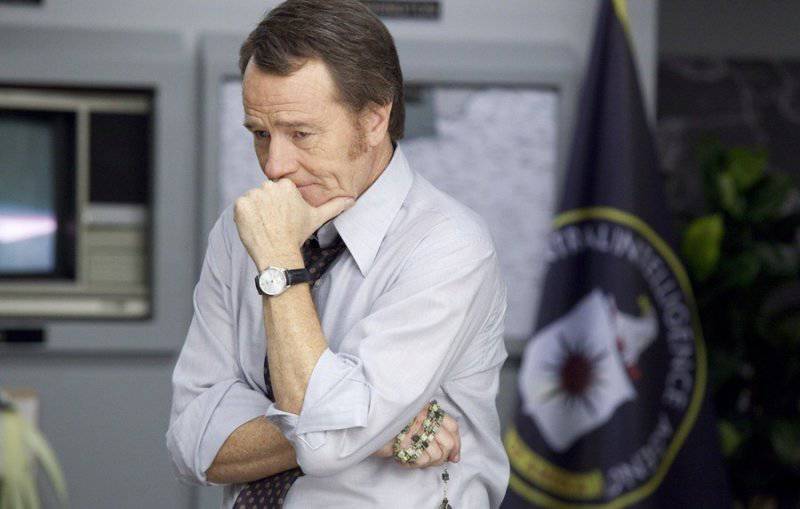 "This is the best advertisement of the CIA." That is how the official Iranian authorities responded about this film and banned it from showing in their own country. But in many cinemas of the world "Argo" goes with success. No wonder he received three Oscar statues - the highest award of the American Film Academy - and was recognized as the best film of the year. The AN reviewer watched this movie in the company of veterans of the Soviet and Russian intelligence services.

After watching, we gathered at a friendly table. After the first toast began to exchange views on the film.

“Hollywood is not for nothing called the factory of dreams,” said retired colonel Nikolai Kuzmin. - Famously, they turned the great failure of the American special services into a bright victory.

At the end of the last century 70, Kuzmin began his scout career in Tehran. He saw with his own eyes how the seizure of the American Embassy in Iran took place. Then local students, one of the leaders of which, they say, was the current Iranian president Ahmadinejad, took hostage 52 employee of the US diplomatic mission in Tehran. Almost all of them were spies. They were kept in captivity on the 444 of the day. The Iranians demanded that the American authorities extradite Shah Mohamad Reza Pahlavi, who had fled to the United States.

In the film “Argo”, the Iranian internal political situation of those days is well shown. The frames with the "enemies of the Islamic revolution" hung on construction cranes were especially impressive. The same fate threatened American spies. Therefore, to free the hostages, the operation “Eagle Claw” was developed. It was carried out on 24 on April 1980 of the year by the highly praised special forces “Delta”.

According to the plan, operations 8 helicopters with special forces, accompanied by strike aircraft and tankers were to land in the desert in the center of the country. At this time, another group was to seize and hold an abandoned airfield not far from Tehran. The next day, the spetsnaz group from the secret camp in the desert was to get by car to the embassy in Tehran, destroy the guards and sit down with the hostages in the arrived helicopters, which would then fly to the captured airfield, from where all the participants of the operation would be evacuated to the secret base in friendly USA Egypt.

But the operation immediately followed by failure. When planning, they did not take into account the weather forecast and did not foresee the consequences of dust storms raging in the desert at that time of year. And they caused a breakdown of technology. Of the eight helicopters that took off on mission, one was thrown in transit due to damage to the blade, another was lost in a dust storm and turned back. Only six reached the temporary base in the desert.

And here "Delta" was waiting for a real failure. The location chosen for the temporary base turned out to be a busy highway. As a result, the operation was immediately unmasked. Even professional cruelty did not help. And although the special forces blocked the intercity bus with passengers and blew up an Iranian fuel tanker passing by, whose passenger died, but the driver disappeared in a passing car. He immediately reported to the special services on what he saw of the American military.

And the special forces all went awry. At one of the helicopters who reached the base, they discovered a problem with hydraulics, after which it was decided to cancel the operation and leave Iran. However, during refueling, one of the helicopters crashed into a tanker aircraft, eight crew members were killed in a subsequent fire. As a result, in the desert all the helicopters were thrown (after which they went to the Iranians), the corpses of the pilots and other crew members, secret documentation on the operation. All surviving participants in the operation were evacuated on the remaining helicopters. Operation Eagle Claw ended in complete failure.

But all this remained behind the scenes of the film “Argo”. Such seemingly dynamic scenes in the desert did not interest Hollywood. The director chose to take only one small episode from the operation to free the hostages. And not 52, but only six. True, he showed it skillfully, without the usual cine shooting and sex. 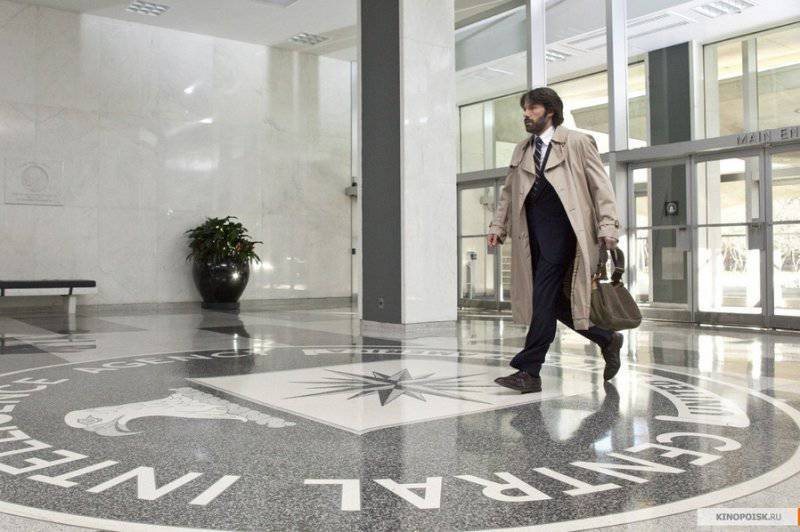 The CIA has its own departmental award system:

Medal "For Honorable Service in Intelligence". Awarded for service in the context of increasing levels of responsibility or the growth of strategic clashes and the exceptional success achieved.

Cross "For services in intelligence." For the voluntary manifestation (or manifestations) of outstanding heroism in the awareness of existing dangers and the strength of spirit and exemplary courage demonstrated.

Medal for Merit in Intelligence. For excellent service or for outstanding success in the performance of official duties.

Colonel Kuzmin did not share this opinion of the browser "AN". The film seemed to him a spreading Hollywood cranberry, very far from the truth of life.

“Even here, the Americans are trying to pull the blanket over themselves,” said Nikolai Fedorovich. - But in reality, everything was different in Tehran.

And Kuzmin began to tell. It turns out that six American intelligence officers: Robert Anders, Mark Lidzek, Cora Emburn-Lidzek, Joseph Stafford, Kathleen Stafford and Henry Lee Schatz worked in the consulate, located in a separate building of the embassy. When the Iranians storming the embassy began to climb over the wall, two groups of diplomats left the building and headed along the Tehran streets to the British embassy. Consul General Richard Morfield's group erred in the direction of travel and was soon captured and returned to the embassy building. Robert Anders’s group, which was joined by two Americans, almost reached the British Embassy, ​​but stumbled upon a huge crowd of protesters, blocking their passage. Anders' house was nearby, and he invited the rest to go there. Thus began the six-day odyssey of the group. The CIA staff wandered around the different houses; they spent one night in a British residence. Anders contacted his old friend John Sherdaun, a Canadian immigration official, and received an invitation from him to take refuge for the whole group. 10 November 1979, five Americans came to the residence of Sherdaun, where, apart from John and Xena Sherdaun, they were met by Canadian Ambassador Ken Taylor. The Staffords couple settled with Ambassador Taylor and his wife, Pat, three remained with the Sherdauns. Two weeks later, Agent Shatz, who worked in Iran under the “roof” of the US Department of Agriculture, joined Staffords. He previously hid in the Swedish embassy, ​​sleeping right on the floor, and then in the apartment of the Swedish consul Cecilia Litander. Six Americans stayed with Canadians for 79 days.

US President Jimmy Carter, commenting on the plot of "Argo", made the following amendment: "90% of the contribution to the idea and bringing the operation to the end belongs to Canadian special services." He also recalled that the main character was Canadian Ambassador Ken Taylor, and not Tony Mendes at all.
According to Colonel Kuzmin, the Canadian ambassador to Iran Ken Taylor and Canadian immigration official John Sherdown, in fact, and not the CIA, began the operation to rescue the six hostages. As a result, it was decided to take out the six employees of the American special services who were in trouble by an international flight, providing them with Canadian passports.

It was only after this that the CIA engaged its expert in disguise and exfiltration, Tony Mendes. He had to develop a cover legend, to find suitable clothes, materials for changing the personalities of the hostages. Then, Mendez and his assistant flew to Tehran. They had several alternative passports for different scenarios. The main история cover was based on the issuance of six spies for the filming team, looking for a place to film. With the help of a Hollywood veteran makeup artist, John Chambers, an outline of the script for the film Argo with decorations from the Middle East was developed. The legend of shooting the film was also seen as a cover for sending an armed team to Tehran to free the embassy. This detail of the operation "Argo" is still kept in strict confidence.

Most blunders of this espionage story are now hidden. And only some of them became known from the book “Mastery of Disguise” by Mendes. So, when preparing the visa was a mistake. The developers did not take into account that the New Year in Iran begins at the end of March. This mistake was noticed by a Canadian embassy official when he checked documents. Mendes brought along several additional passports and put in them new visa stamps, which this time corresponded to the Iranian calendar.

Visiting the Canadian Ambassador, Americans spent weeks reading and playing (mostly cards). Over time, the Iranians became suspicious, began to make dubious phone calls and other suspicious activities, and the plot was threatened with disclosure. And then the Canadian special services managed for 3 million dollars to buy a “corridor” at the Iranian airport. About this in the film says nothing. Otherwise, it would not have been possible to show the spectacular scenes of the passage by the Americans of the customs and the guardians of the Islamic Revolution, and also the culmination of the film — car chases on the plane flying away.

According to Nikolai Fyodorovich, in order to reduce the risk of failure, the Americans flew away from Iran not with the whole group of six people, as shown in the film, but one by one, with different flights. The remaining 52 hostages were released through the mediation of Algeria much later, on the first day of the new President Reagan. For this, I had to defrost Iranian accounts in the US in the amount of 5,3 billion dollars.

At the end of the film, Tony Mendes should be awarded the highest CIA award, the Scout Star, in a closed ceremony. The contribution of the Canadian intelligence services remained behind the scenes.