March 28 2013
24
B-90 “Sarov” is a Russian test or, as it is called, a diesel-electric submarine, which is the only ship that was built according to the 20120 project. This submarine is designed to test new types of military equipment and weapons and was built at the Krasnoye Sormovo and Sevmash plants. By order of the Commander-in-Chief of the Russian Navy dated 26 in May 2007, this boat was given the official honorary title “Sarov”. The submarine was launched in December 2007 of the year, 7 of August 2008 of the year after signing the acceptance certificate on the boat the flag of the Russian Navy was raised.


The large pilot diesel-electric submarine originally wore the designation “Sargan”. Work on it began in the 80-s of the last century. By March, 1988, the design of the boat stand “Sargan” at the Rubin Central Design Bureau was completed. The main designer of the project was A. V. Belov. In March 1989, the technical design was approved, and the production of the boat’s working drawings began. There is an assumption that the basis for the design of the hull of the new boat was the design of the submarine 877B. The only boat series was laid 18 September 1988 of the year, the planned delivery date - 1993 year. However, the collapse of the USSR and the lack of funding almost ruined the project. In 1998, the construction of the submarine was stopped when the project was ready at 40%.

The decision on the further completion of the submarine at the Sevmash Production Association was made in October 2001. The hull of the submarine “Sargan” was completed for the project 2003 finalized in June 20120 (A.P. Praselin was the chief designer). Work on the boat was started in August 2003. In 2007, the ship was launched, representatives of the Navy, design organizations and the management of the manufacturer took part in the ceremony of launching the boat from the workshop. In 2008, the boat became part of fleet, by this time her first crew had already undergone the necessary training at the training center of the fleet. The boat is currently based in the Northern Fleet, in the city of Severodvinsk. 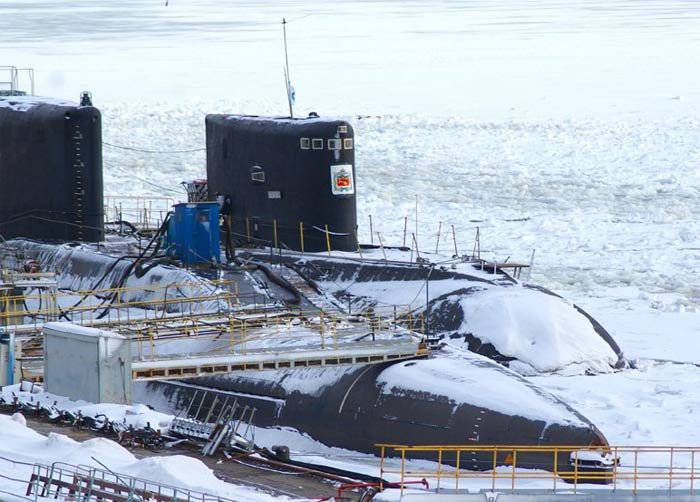 The design of the submarine project 20120 - two-hull. In front of the case and on the sides are comformed streamlined blocks. It is very likely that they are designed to install an additional compensating ballast system, which is used during tests of prototypes of torpedoes and other means of defeating the enemy. At the same time, there is an opinion that this is an ordinary atavism, which the boat inherited from the project “Sargan” whose purpose is unknown, and which for the time being (or in general) will not be used. The submarine of the 20120 project is equipped with a pop-up rescue chamber; until now, similar rescue devices were installed only on nuclear submarines.

The propulsion system of the boat includes a 1 diesel generator and a 1 rowing motor. Also reported on the installation on the boat of the power plant "Crystal-27", created by SKBK on the basis of fuel cells, which allow extending the autonomous diving period of the boat to 60-90 days. This installation is characterized by cryogenic and intermetallic storage of oxygen and hydrogen, as well as a low-temperature electrochemical generator with an alkaline matrix electrolyte.

The surface displacement of the boat is 2300 tons, scuba - 3950 tons, maximum length - 72,6 meters, width - 9.9 meters, draft - 7 meters (if you believe the pictures of the resource maps.google.com, the boat’s length and width are greater than these values ​​and are 98,5 and 12,5 meters respectively). The maximum submerged speed is 17 nodes, the above-water speed is 10 nodes. The maximum depth of immersion is 300 meters, the autonomy of navigation is 45 days. The crew of the boat consists of 52 people (midshipmen and officers). The armament of the boat consists of X-NUMX-x torpedo tubes and a large launcher located in the bow of the boat. It is possible that the experimental PU mounted on the submarine is a removable module, which can be revolving and multiply charged. 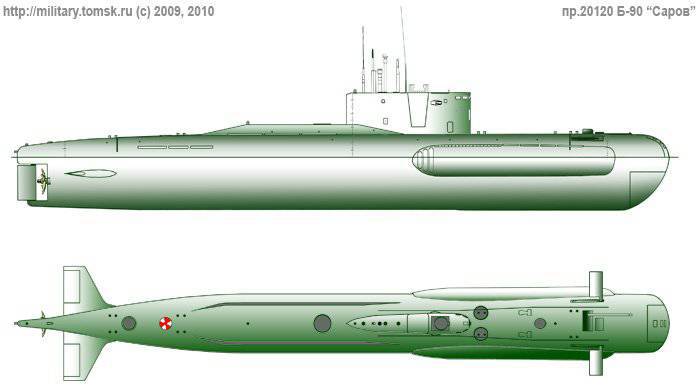 October 29 2012, the submarine B-90 "Sarov" went to sea for testing. As it turned out later, an experimental hydrogen engine is being tested on a boat. According to the newspaper "Izvestia", this kind of engines are planned to be installed on diesel submarines of the 677 "Lada" project and its export version Amur-1650 in the future. According to the representative of the Ministry of Defense, work on an air-independent power plant (VNEU) was intensified in 2011 year. Currently, German U-212 submarines and their export versions of U-214 are equipped with this type of power plant. The meaning of the installation of these engines is that the electric motor of the submarine will receive current not from batteries, but from fuel cells operating on the basis of hydrogen.

Until now, all generations of non-nuclear submarines, including diesel-electric submarines of the 636 Varshavyanka project, used batteries that were charged from a diesel engine. After their charging, the boat was forced to float to the surface to start the engine, at which point the submarine became very vulnerable to the enemy. At the same time, the submarine B-90 "Sarov", equipped with a new power plant, has an almost unlimited underwater course, which is comparable to modern submarines.

In the case of successful tests of the new VNEU, it will be equipped with modern Russian non-nuclear submarines of the 4 generation. The first submarine of the project 677 "St. Petersburg" was launched with a conventional diesel engine and batteries. At the same time, the construction of the export version of the Amur-1650 was stopped in 2009, then in January of 2009, the construction of the following boats of the 677 project for the needs of the Russian Navy was suspended. The United Shipbuilding Corporation (USC) and the Ministry of Defense decided to suspend the construction of the Kronstadt B-586 and Sevastopol B-587 submarines due to the lack of engines. Their construction will begin if the tests at Sarov are successful. 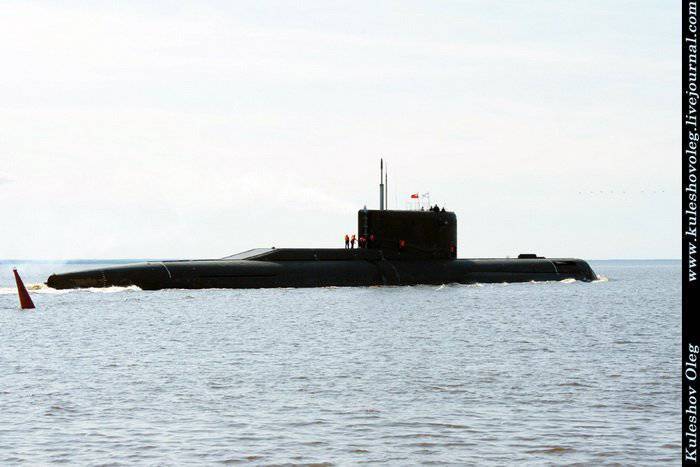 The advantage of non-nuclear submarines is that their electric motors are hardly audible. At the same time, pumps of the reactor cooling system, which can unmask the boat, are constantly working on the submarines. In addition, for solving a number of tasks such boats are redundant, very difficult to repair and operate, and require well-trained personnel. At the same time, the usual diesel on the boats of the 677 Ave. does not have any advantages over the outdated Varshavyanka project boats, which to this day enjoy commercial success. The boat Amur-1650, equipped with a conventional diesel engine, in comparison with the German U-214, is just the past century, while with the new VNEU it will be able to fight the German boat for its buyer, representatives of the Russian Navy believe.

According to Vladimir Zakharov, Rear Admiral of the Reserve, an air-independent power plant is a significant step forward in the development of the Russian submarine fleet. VNEU significantly reduces the acoustic noise of submarines and increases their autonomy, increasing the combat capabilities of the boats. Thus, the experimental submarine of the 20120 "Sarov" project can bring closer the day when the Russian fleet receives principally new diesel submarines.