Comparison of the armed forces of Russia and the United States

March 29 2013
560
For many years, the inflamed minds of the layman are worried about a hypothetical military conflict between the two powers of Russia and the United States. To present the military conflict of these two states in a pure form is almost impossible. It is hardly possible to assume that neighboring states would not be drawn into a military clash between these two countries. In addition, the United States, as a member of NATO, can count, if not on the full support of the alliance, then at least on the support of its main European ally, Britain. However, we will try, nevertheless, to simply analyze what the armies of the two countries can oppose to each other.


The meaning of this confrontation, its reality, as well as the possibility of full-fledged military aggression against Russia with the introduction of US ground forces on its territory, will be left behind the brackets. Information for comparison is taken from open sources, which everyone has access to. Most of the information about the exact number of weapons and troops is secret information, which, if published, is often with delays, which means that the given values ​​may change in a smaller or a larger direction.

The number of armies

A comparison of the military potential of the two powers can be started with the population of the two countries. The population of Russia on 1 January 2013 of the year was 143 347 059 people, the population of the USA for December 2012 of the year - 314 895 000 people. Actually, it is already clear from these figures that in the event of a global war, the United States will be ready to put under the gun much more physically healthy and strong male citizens. The potential mobilization reserve of Russia is estimated at 31 million people, the United States - at 56 million people (if we take into account all males from 17 to 49 years - at least 109 million). At the same time, we must understand that even the United States will not be able to deliver under the gun so many people. For the maintenance of such an army is not enough weapons, ammunition, food, clothing, and transport logistics will turn into a real hell. 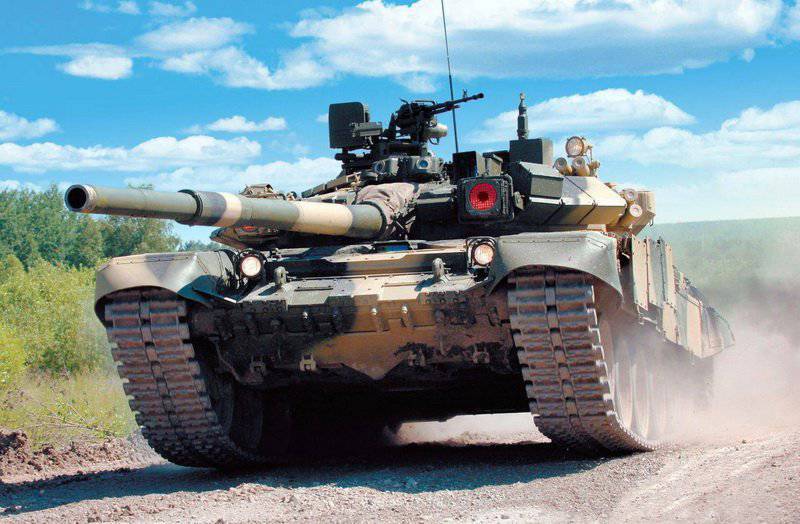 MBT T-90
At the same time, in a war of attrition, it will be much more effective for the United States to make up for its own losses and much longer. At the same time, a professional mobilization reserve simply does not exist in Russia. Currently, work on its creation is only at the beginning of the path. The number of Russian armed forces was brought to 1 million, of whom about 70 are 000 people, and about 300 thousand more are soldiers-conscripts. The US Army is fully professional, its strength is about 1,4 million, and another approximately 1,1-1,3 million people make up the nearest mobilization reserve or reserve. All of them have a valid contract with the Ministry of Defense, are regularly involved in training and combat training and, if necessary, can be called up for active duty.

According to the military doctrine published in 2012, “Supporting US global leadership. 21 Century Defense Priorities The US Army is ready to wage at the same time only 1 a full-scale war, deterring the enemy’s aggressive actions in other regions of the Earth. Previously it was supposed to conduct simultaneously 2-x full-scale wars. Proceeding from this, in the event of military aggression against Russia, the US Army will be able to allocate a large part of its armed forces for these purposes.

The main striking force of the ground forces are Tanks. In service with the US Army as of 2012 there were 1963 Abrams tanks in the M1A2 version, of which 588 were upgraded to the M1A2SEP version. In addition, the US military has about 2400 M1A1 tanks and about 2385 M1 tanks in storage. 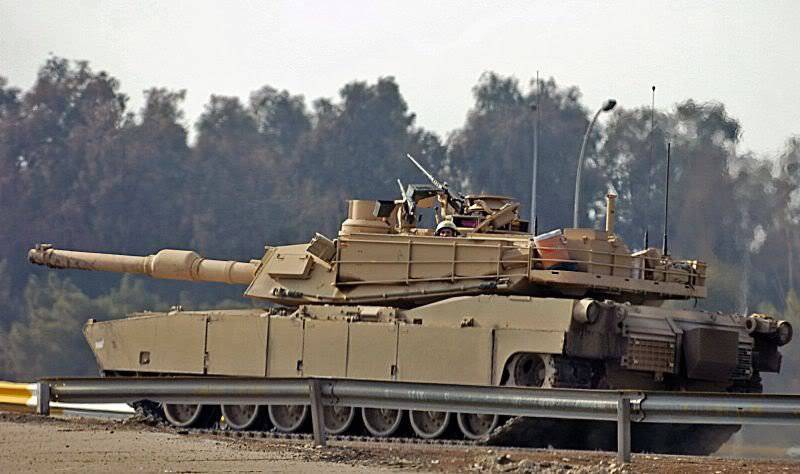 MBT "Abrams" М1А2
In the Russian army, the most modern tank is the T-90. In total, in the armed forces there are about 500 such MBT in versions T-90А and T-90АК. That is, a certain parity is observed in the most advanced tanks in the armies of the two countries. At the same time, the Russian army has about 4500 T-80 tanks of various modifications, which are undergoing major repairs (2010 year). Also in the troops and on the bases of storage there is an order of 12 500 T-72 tanks of various modifications. Thus, even if at least a third of these vehicles are on the move, filled up, crews will be planted and ammunition loaded into tanks, their number will surpass the number of American tank fleets. Given that the United States will not be able to deploy all its tanks against Russia, quantitative superiority will be absolute. In terms of the total number of tanks, Russia surpasses the USA by no less than 2,5 times. 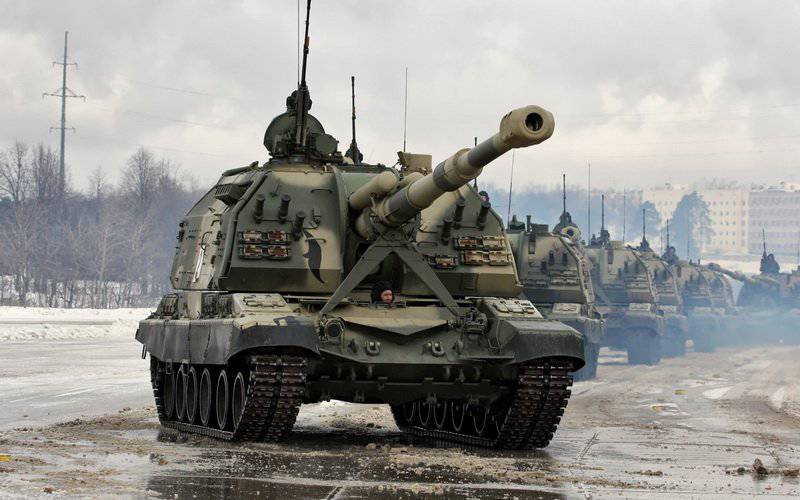 SAU MSTA-S
One of the main components of the success of ground operations is still good artillery preparation. Currently, the US Army has an order 2000 SAU and 1500 towed guns. In the Russian army, according to data on 2010, there were more than 6800 ACS and more than 7500 towed guns. Of these, 4600 falls to the X-NUMX-mm howitzer D-122, which will be written off before the end of the 30 year. In addition, Russia has about 2013 MLRS, while in service with the American army of such systems, all 3500. Thus, on paper, the Russian army has superiority over American in self-propelled artillery 830 times, towed in 3,4 (in 5 after decommissioning D-1,9), in the MLRS in 30 times.

At the same time, directly in the states of brigades and military bases in the Russian army there are only about 2500 tanks. Make sure it is not difficult. In the Russian army, the entire 4 individual tank brigades, each of them is armed with the states 91-94 MBT. There are also about 30 individual motorized rifle brigades (I counted only 27, but I could be wrong), each of which has a tank battalion - 41 tank. The remaining tanks are on the bases of storage and repair of military equipment (BHiRVT). The same situation can be projected on the artillery. 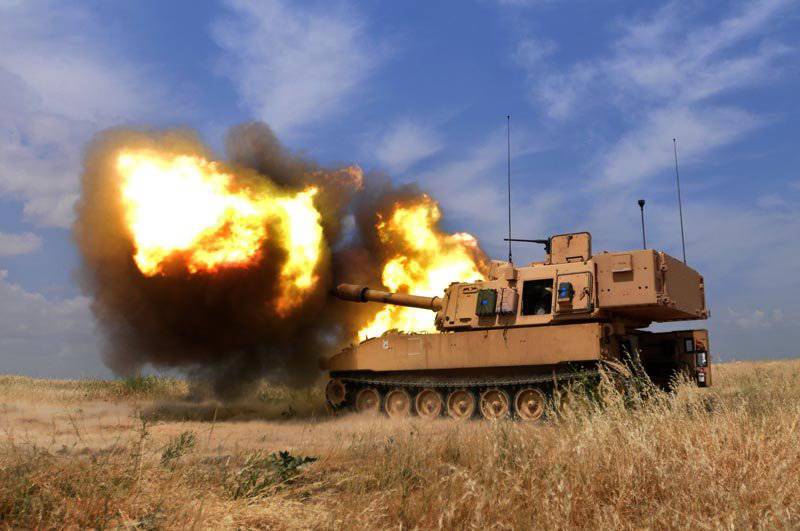 SAU M-109
In addition, the army of the two countries have a large number of helicopters. The US Army has combat helicopters around 2700. The Russian army has fewer rotary-wing machines - 1368 units (approximately 2 times less). 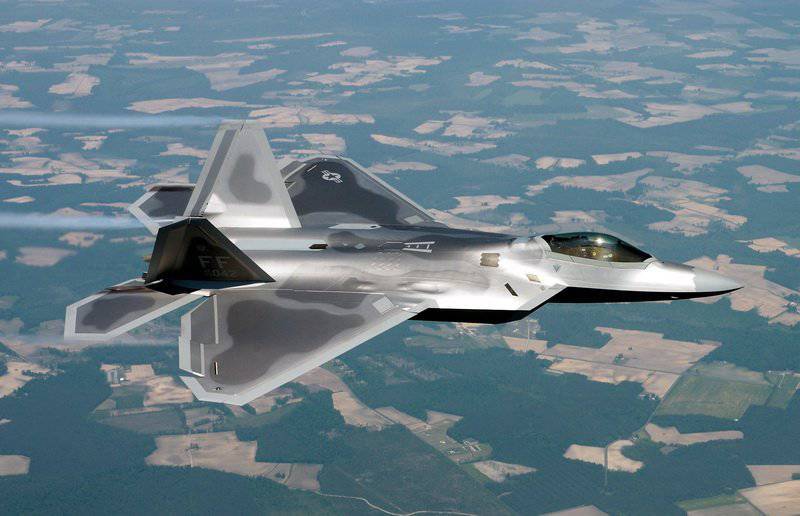 F-22 Raptor
It is worth noting that at present the Russian Air Force is actively modernizing and rearming. The number of modern aircraft in them will grow, and their own 5 generation aircraft, the PAK FA, will appear. At the same time, in terms of its capabilities, the Su-35C is almost as good as the 5 generation aircraft; the Russian Air Force plans to acquire at least 48 of these machines. Also on the 2012 year, half of the Su-27 was upgraded to the version of the Su-27CM3, and this is, in fact, another machine that is able to deal with all 4 aircraft of the same generation. The MiG-31 interceptors are also being actively upgraded.

In addition, Russian aviation has a trump card up its sleeve. The air-to-air guided missiles of the Russian Air Force have the longest flying range among these types of weapons. The P-73 rocket, which can be used by MiG-31BM fighter-interceptors and Su-27 fighters, Su-35 is capable of hitting targets at a distance of 300 km! In addition, work is underway in Russia on the KS-172 rocket, which has an even greater range of destruction - up to 400 km. And the new missile RVV-BD, at the same time, the medium-range missile RVV-SD has a range of approximately 110 km. The most advanced American all-weather guided missiles AIM-120C7 and AIM-120D are able to hit targets at a distance of 120 and 180 km. respectively. 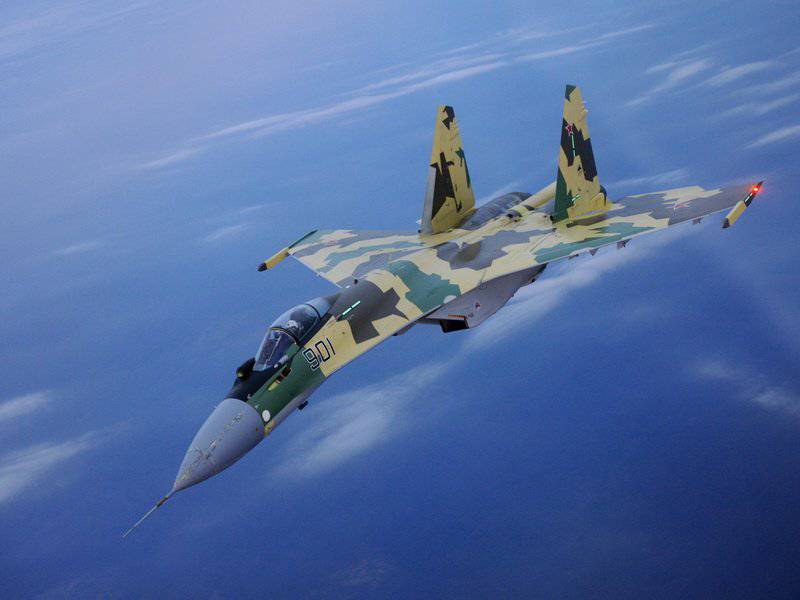 Su-35С
Su-35, Su-27 and MiG-31BM, equipped with modern radar and missiles R-37 with a greater launch range than any American rocket, allow these machines to significantly reduce their lag even before the most modern American fighter 5-th generation F-22 Raptor, with low visibility. With the F-15, F-16 and F / A-18 fighters they can deal without any problems.

The main trump card of Russia in a possible military conflict, in addition to not the weakest air force, is the country's air defense system, which is able to make the Russian sky inaccessible to the actions of aviation of any potential enemy. And without the support of aviation today it is impossible to conduct any kind of successful combat operations against sufficiently strong ground enemy groupings. Given that the US Army will be forced to fight for bridgeheads and their further expansion at the initial stage of the campaign, such operations without air supremacy will be doomed to failure. 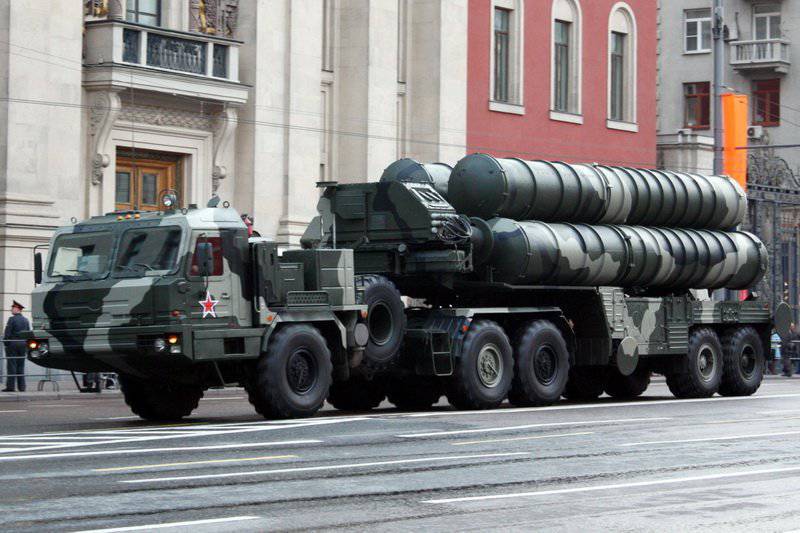 C-400
At the same time, the components of the backbone of the Russian air defense systems C-300 are still able to deal with any potential adversary. According to a number of European experts, the Russian air defense system is able to destroy up to 80% of all types of aircraft that have intruded into its airspace. Russian specialists are more modest and estimate this number at 60-65%, but in any case, the enemy aviation will be simply irreplaceable damage, from which it can no longer recover. At 2010, the Russian air defense had about 2100 PU of various types of C-300, C-400 deployed 9 of divisions - 72 of PU, all up to 2020 of the year, it is planned to deploy 56 divisions armed with this complex. In addition, the troops have at least 22 short-range air defense complex - Pantsir-С1.

It is air defense that is the main trump card of Russia and its “umbrella” that will protect the country from possible aggression. Under the defense of air defense before 2020, Russia will be able to significantly upgrade both its ground forces and the air force, which will be replenished with new combat equipment. After 2020, the likelihood of a direct armed conflict between the United States and Russia, which even now seems very unlikely, will drop to almost zero.

Ctrl Enter
Noticed a mistake Highlight text and press. Ctrl + Enter
We are
Memo to mercenaries in AfricaTurkey vs Syria: the balance of power
560 comments
Information
Dear reader, to leave comments on the publication, you must to register.