NATO has developed 95 rules for battles in the information space

March 29 2013
14
October 31 1517 was a remarkable event in the capital of Saxony Wittenberg. Doctor of Theology Martin Luther nailed to the doors of the Castle Church a document included in history as "95 theses", or, very briefly, XCV. A unique blend of reflection on the deepest issues of theology and current political debate. From that moment, the process known as the Reformation began in the countries of Catholic Europe. It was marked by many religious wars (the last of them, perhaps, the war of Sonderbund, the union of clerical cantons, against the union government of Switzerland in 1847 ...). And - which led to a tremendous acceleration of scientific and technological progress (including due to the fact that Christ-wandering vagabonds were no longer served, but started sending them to work houses, weaving ropes for the Royal fleet, under the protection of which they are transported to the colonies, expanding markets for the emerging industry ...). 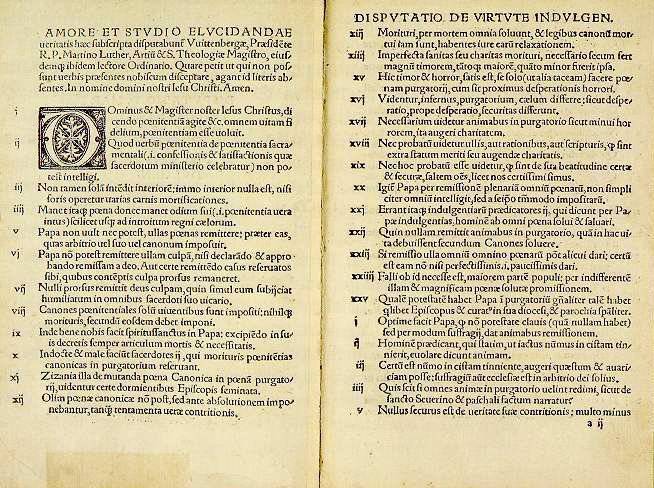 With the hanging of this paper, the Reformation began.

Well, 5 March 2013, the world, was presented to the book, published by Cambridge University Press. It was written by an international group of experts under the guidance of Professor Michael N. Schmitt, head of the department of international law at Naval War College, in practice, the US Navy Academy. The book is The Tallinn Manual, or abbreviated to the Tallinn Manual. The NATO dependency (NATO Cooperative Cyber ​​Defense Center of Excellence and originated this document) can be found in its full text here. 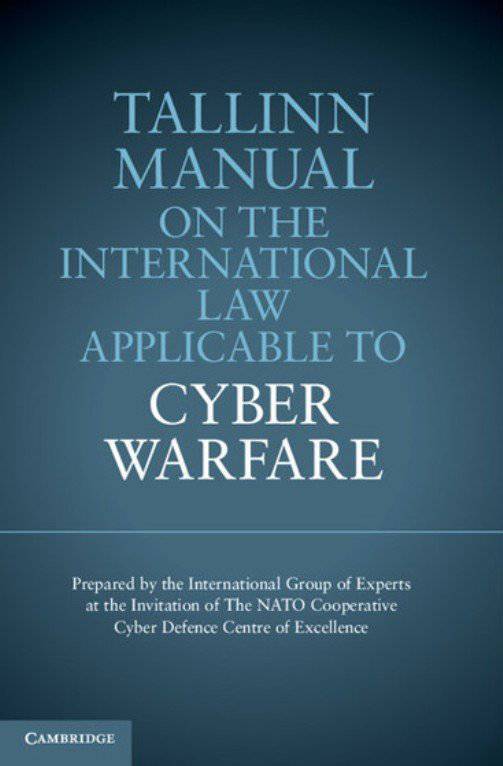 And here are the 95 rules of cyberwar

And this book also contains ninety-five ... But not theses, but the Rules. The rules of cyber war! At first glance, the list of international experts looks very noble - a professor from the Catholic (the oldest of all Catholic) university in Flemish Leuven (amusing that the Kaiser World War I wiped this city off the face of the earth, and the future Nobel Prize winner Thomas Mann, in the company with the already received Nobel Gerhard Hauptmann, this act was justifiably justified - however, the allies, in the spring of 1944, were also bombed out of glory, according to Leuven, again incinerating the library). A German scientist from a university in Potsdam (well, this is a replica of a sample of 1991 of the year - sclerosis, forgot what organization was there before, and what event in the quietest town was in May of 1945 ...). A bunch of legalists from Law Schools of various states and Anglo-Saxon countries in the South Seas. And even a couple of people from the International Committee of the Red Cross (not a single meanness does not do without humanitarian bureaucrats on the planet ...). But this motley company was engaged (especially pleased with the presence of delegates to the three times awarded the Nobel Peace Prize of the Red Cross) with the creation of a comprehensive guide for the North Atlantic Alliance for Cyber ​​Warfare. Cybernetic, as we shall see, is rather a characteristic of the technological development stage at which this war will take place ...

And why is this leadership Tallinn? Well, this is due to the 27 April 2007 events of the year. Then, in the capital of Estonia, police clashed with the defenders of the Bronze Soldier, a monument on the mass grave of the Red Army soldiers who died during the liberation of the city from the Nazis. A few days later, the Estonian government sites faced cyber threats. It was a trivial DDoS attack. But - great power. Richard A. Clark, a former cybersecurity adviser to President George "Dubuyu" Bush, called it "the largest in history." Several botnets, up to a million computers, launched an attack on "the addresses of the servers that manage the telephone network, the credit card verification system, and the catalogs of Internet resources." Estonia is a cybernated country, its success in informatization was written a long time ago. And so she was vulnerable. “Hansapank, the largest bank in the country, did not resist. Trade and communications were disrupted throughout the territory. ” (However, Estonian hackers also frolicked about what KT in due time told ...) 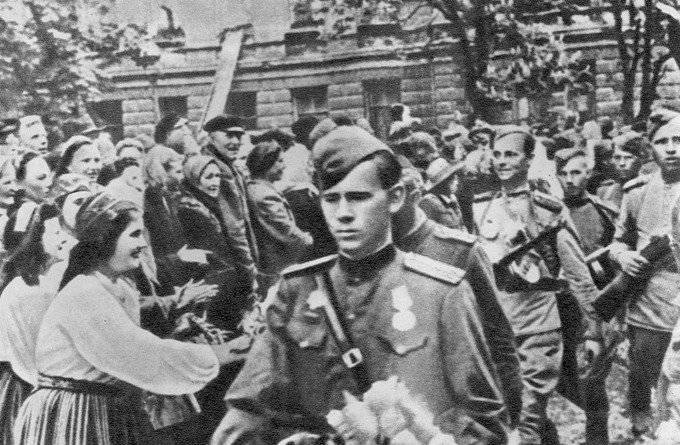 Could the soldiers and officers in Tallinn know that in the future the name of the city would mark a new era of wars ...

Estonians complained to NATO (this is about how, in the absence of hot water, do not go to the housing office and write to the Emergencies Ministry ...). Experts who met from all over the world found out that the Cyrillic code was used in the program code - unexpectedly for a country where for about 30% of the population Russian is the native language. There were also traces leading to Russia (given the love of compatriots for piracy, in which the bots are sometimes laid initially, not surprisingly) - and then Clark (we quoted Peter) -the translation of his book “The Third World War. What Will It Be?” : “Does Russian state security have any relation to cyber attack in Estonia? It may be worth rephrasing the question. They offered to attack, contributed to it, refused to investigate the case and punish those responsible? But in the end, is this distinction really important if you are an Estonian citizen who cannot withdraw money from a Hansapank card? ” That's all ... The traditions of jurisprudence, leading the beginning of Rome, with the mandatory procedures for establishing the subject and intent, declared null and void; the slogan of the Holy Roman Emperor Ferdinand I Pereat mundus et fiat justicia was replaced by expediency ... "Is this distinction important ..."

And the “Tallinn leadership” is already a full-fledged guide for waging wars of the information age. Approximately the same as for the industrial era were the “Nature of operations of modern armies” by Triandafillov, “Achtung - Panzer!” By Guderian, “Il Dominio dell'Aria” by Douai. It is for waging wars, not for limiting them. The restrictions on cyber operations, during which nuclear power plants, dams and dams, as established by the 80 Rule, will not be misled. After all, what is the war of Clausewitz? The continuation of politics by other, violent, methods. And what can be the real policy? Yes, to seize - either markets or resources. And the territory contaminated or flooded, so-so rynchek ... Yes, and it is inconvenient to take resources from it. From here and limit! Bombed 617-I squadron RAF dams and dams in Germany (“Flooding Germany” by Paul Brickhill and films - “The Dam Busters” of the middle of 50-x, plus one of the episodes of modern “Foyle's War“). For a very simple reason - the market for the Anglo-Saxons of Germany was still to become, and now we live in a global economy, as in 1913 year ... 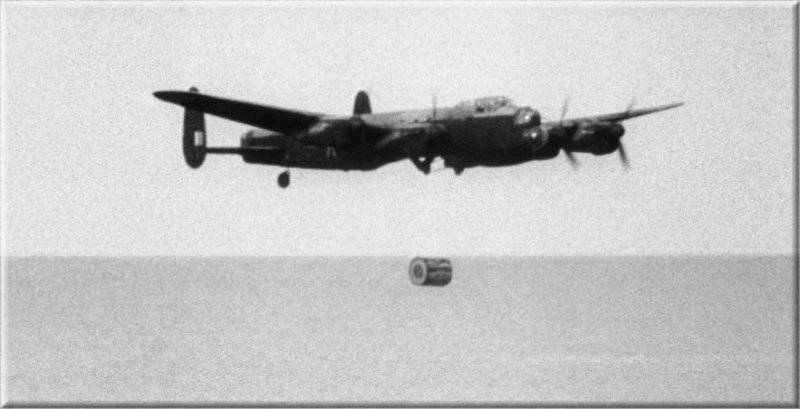 Dams in the Reich, the British demolished with the help of rolling bombs on the waves

And they should not be misleading other rules - from the initial ones, speaking of Sovereignty and Jurisdiction, to the final ones, dedicated to Neutrality in the actions of the Security Council. Words like Civilians, Mercenaries, Child Protection and Protection of Journalists have no customary meaning here. As well as the collective punishment ban provided for in Rule 85. The document only has a legal, though not mandatory for any country in the world, view. In fact, he is very pragmatic. Recommendations to avoid human sacrifice are only recommendations. And at the forefront is an assessment of the effect achieved in the event of its operation or potential damage in the case of an enemy operation. And the enemy can be not only the military, wearing a uniform, wearing clearly visible insignia, a hacker. An adversary may be anyone whose activity is deemed threatening. A member of some hacker organization. Or just a loner. And all of them, if necessary, can be killed or crippled (kill and injure). No no. To kill and maim for a reason. They must first be caught in that they themselves carried out or planned something deadly, as well as developed malicious software, which could lead to serious consequences. That is, the “license to kill” of an offshore programmer was practically issued, who accepted an order through the Network to develop something that could harm someone. Do not reset his credit card, and kill.

Offhand simulates the following situation. The terrorist registers the company for industrial security. Then he recruits (via the Network) specialists (from Bangalore to Khabarovsk), who are tasked with checking the safety of a chemical plant, hydroelectric power station or something similar, to analyze their computer systems. Analyze by inventing a way to disrupt their functioning. The task is routine. And quite legal. And catch the police of such a developer - the court will acquit him, because there is no intent for an atrocity (and the law prohibiting writing programs, unlike laws prohibiting to get along without licenses weapon and ammunition, nowhere, it seems, no ...). But getting such a computer geek into the cyber warriors sight is all; it turns into a legitimate target. As a result of a cyber attack (for which its product can potentially be used), people can actually die. And so the Jamesbond with a pair of zeros can catch the poor guy in Turkey on the beach, and drown. Or slaughter in his native staircase. And in the future - when drones will become smaller and cheaper - send a drone to him on a visit, as is now done with those suspected of having links with al-Qaeda.
That is, international law is a veil, disguise. The essence of the matter is that humanity is busily developing for war a new space, kindly provided by technology. Mass armies and deep operations of Triandafillov, Dwe air supremacy, Guderian's armored vehicles ... Now it was the turn of cyberspace. And the interest of the military in it is directly proportional to the role it plays in the global economy, how quickly IT is progressing. And this role is extremely large - and this is what the appearance of 95 rules indicates!

Ctrl Enter
Noticed a mistake Highlight text and press. Ctrl + Enter
We are
ACCS: Unanswered Questions (last part of 3)Humanoid fighting robots
14 comments
Information
Dear reader, to leave comments on the publication, you must to register.