March 28 2013
152
Keeping. This article is a continuation first messages, published on the website "Military Review". The first part described a hypothetical situation of the existence of the Soviet Union in parallel to us realities-1 and -2. The second part is devoted to the possible contact of Russia with a parallel Stalin-type 1 reality, taking into account the “fork” of the dominant ideologies. Without GMO (buggy-modified images) and preservatives, blocking the mental activity of readers. 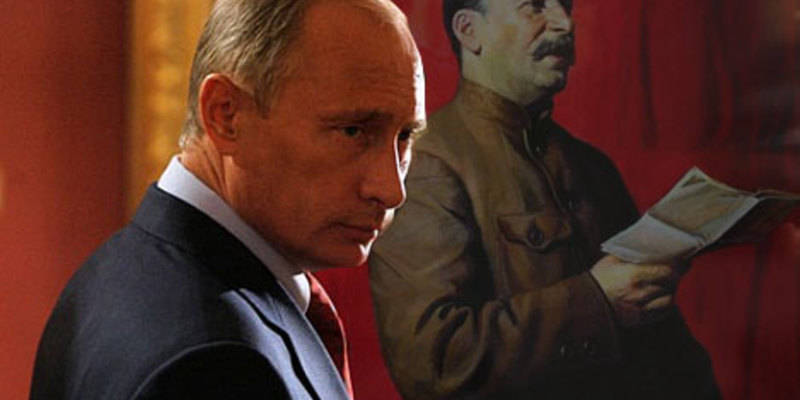 First of all, I must express my sincere appreciation for the lively discussion of the first message. Out of the whole range of comments received, I would like to highlight those in which the message gave rise to hope for a return to the USSR on the wings of Soviet UFO. During the time that elapsed between the first and the present article, the Orthodox Lent began, which was preceded by Forgiveness Sunday. So, forgive me, my friends, for the fact that I willingly or unwittingly instilled in you unwarranted hope. And I forgive all those who sent spears of their criticism not on the material, but on its author ... I have no concrete evidence of the existence of parallel realities, where the Soviet Union is living and flourishing. Accordingly, there is no contact with his representatives. But I proceeded from the “presumption of existence”, which was not prohibited by logic and, as one commentator noted, by mathematical modeling.

The unusual plot of the first part obviously diverted the attention of many readers to the technical side of the possible contact between modern Russian realities and a developed society of the Soviet type. Unfortunately, issues of moral and spiritual conflict and the consequences of such contact for all of us, ranging from ordinary members of society and ending with the ruling elite, are left behind. Probably, this topic was "very heavy" on the first attempt. Well ... let's make the second approach to the declared "weight".

Imagine that such a contact took place. Will this not remind of a piquant scene from a famous joke in which the husband unexpectedly returns from a business trip? So, Stalin suddenly opens the door from the parallel reality-1 into our, maternal, comes, and here ...
- How did you manage to overlook the country? - asks Stalin from the people.
“We are not guilty, it’s your successors to the successors who took turns trying,” says the people.
- And where did you look? - asks Stalin again, - really have not seen where the country is heading?
“And we, in close-knit ranks, as you were taught by our teacher, followed the leading and guiding force of Soviet society, whose decisions were unanimously approved and supported.” They walked, walked and came ... And when they came, they looked around - neither the country, nor the Soviet government, nor the leading and guiding force ... And now we are not the Soviet people at all, but scattered, pa-a-nima!
- Now, where are you going? Do you have a leader, the Russians?
- Yes, - the Russians are responding, - how not to be, the president, is called! The thirteenth year raises the country from its knees. He promises a lot, but does not tell where he leads - the main thing here, he says, is not where, but how - slowly, gradually, without jerks and shocks. With the aviators on a short leg - he says, you can not abruptly take the handle when you take the country out of a deep peak. Otherwise, we will get a stream disruption on the wing, that is, a popular revolt, and - into a corkscrew, and we have not gained altitude yet ...
It is clear, - Stalin grinned at his mustache, - the best pilot among politicians and the best politician among pilots ... And what is the position of your president in relation to Soviet power and socialism?
“A wise position,” say the Russians, “says: "Who does not regret the collapse of the USSR, he does not have a heart, and whoever wants his rebirth does not have a head".
After these words, Stalin involuntarily seized both his heart and his head, checking whether everything was in place. Finally, taking himself in hand, approached the people closely, looked into his eyes and asked:
- And you, Russians, would like to return back to the USSR?
“You see, father of all nations and realities, everything seems to be all right with our hearts and the head is in place, but the words of our president, chosen by the will of the people, lead us into a stupor.” So we can not answer you definitely, wait until he speaks more unequivocally.
- And then, - continues the people, - to return for the “iron curtain” is somehow not the topic ... Now we can see the world and show ourselves. Mashuyushku, some kind of fit from the hillock, the dough into easy to lift, shopping to arrange in supermarkets, zaboring in McDonald's zababahat, stir in the nightclub to stir up ...
Stalin said nothing to this, only waved his hand last, went back to the parallel reality and shut the door behind him.

Returning to himself, Stalin invited linguistic scientists, psychologists, and asked them this question:
- I was in the maternal reality, I spoke with the local people ... They told me one phrase. The phrase is kind of clever - some words seem to be normal, and when put together, they cause a stupor not only in me, but also in a whole nation. Tell me, what is the secret here? I want to see flies - separately, and cutlets - separately.
- The phrase is really not simple. In the Middle Ages, casuist-Jesuits, famous masters of verbal cunning in proving dubious or false ideas, indulged in similar language constructions. In this phrase, there was originally a hidden insoluble contradiction. As if the person did not belong to the USSR (did not regret the loss or wanted to return), it still turns out to be flawed - either heartless or headless. In addition, a mixed grammatical construction is used - a negative form (did not regret) in combination with affirmative (wished), which further confuses the picture. Further. Behind grammatical forms there are hidden multidirectional motifs of possible behavior - “withdrawal from the USSR” (don't regret breaking up) and "striving for the USSR" (to wish for rebirth). The combination of multidirectional motives in one phrase leads to their conflict - provoked discord in the motivational sphere. As a result, with complete confusion on the conscious level of perception of this phrase, on the subconscious level, the key element of the phrase is "THE USSR" - evaluated by the perceiving person as a destructive factor dangerous to the mental health of the individual. As a result, there is an unconscious rejection of the concept "USSR". This phrase is from the arsenal of NLP (neuro-linguistic programming), a set of practical methods and techniques for influencing the human psyche, including using speech means, in order to obtain a predetermined result.
Stalin gritted his teeth, his eyes were filled with amber color. It was time to talk with the Russian authorities.

The father of all nations thought deeply after a visit to the maternal reality. By and large, it turned out that the practice of "manual control" of the country, which he also introduced, failed. Stalin himself possessed a sufficient margin of safety in order to subordinate both himself and the party-state apparatus, and the people of one single goal — to build a strong state and a society of a new socialist type. He firmly held the steering wheel in his hands, worked out an unprecedented flight of the country along an unknown course. So piloted that the rest of the world was breathtaking ...

However, historically, Stalin had to play the role of chief pilot, acting in an extreme situation in the face of time pressure. First, industrialization of industry and the collectivization of agriculture in a short time, then accelerated preparation for war, the war itself, the restoration of the country and, finally, the atomic arms race for survival. Hence the exorbitant requirements for themselves and others. And not his fault, but rather his misfortune, that there was no one nearby who was able and ready to take the next co-pilot seat ... And then death came and took him out of maternal reality ... And right there the flight attendants rushed into the pilot's cabin, overwhelmed with the desire to hold the helm in a commanding chair. What it led to in maternal reality, he now knew.

Well, it's time to clear the brains of the crew and air the heads of the passengers, ”Stalin decided,“ and went to open wide the gates leading to maternal reality for his “falcons” ...

Approximately in such a scenario, not claiming to be the ultimate truth, a hypothetical contact of our maternal reality with parallel reality-1, the reality of “developed Stalinism”, could flow. Your options for the development of contact - in the comments during the discussion.

The third, and the last part of the “Contact”, will be devoted to parallel reality-2, where our common country is built on the principles of “The Union of spirit and mind in the way that God intended.”