Optical devices in the service of military and civilian 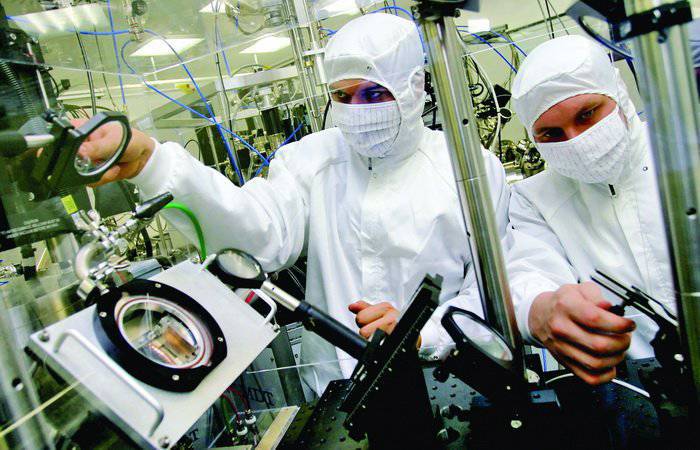 Optical devices, which were invented by man to look beyond the borders of the visible, are actively used in various branches of technology. Optical elements that allow a person to see in the dark, to correct vision, to see miniature objects and objects that are located at great distances from us, have been spread. The global industry annually releases millions of points silicone hydrogel contact lenses, lenses made of glass, microscopes, optical telescopes and night vision devices.

Night vision devices belong to optics, whose work is based on the use of that part of the spectrum that remains outside the perception zone of the human eye. We are talking about the waves of the infrared range. By and large, the device captures the heat that is emitted by any living organisms. Heat comes from buildings, plants and everything alive. These waves allow you to form an image that will be visible to a person even in pitch darkness. Today night vision devices are actively used by military personnel from different countries.

The device that allows you to see what is beyond the horizon of our perception, is the electron microscope. This is the most advanced version of the microscope, which forms an image based on a beam of moving electrons with its own wavelength. The smaller the wavelength of particles that can be used in a microscope, the smaller objects can be seen on the computer screen, which is connected to such a microscope. Today, world science is working to create an X-ray microscope that will have an increasing capacity of hundreds and thousands of times greater than that shown by electron microscopes. The main problem of scientists here is that so far no material has been found that would effectively reflect X-ray radiation, allowing you to create coherent beams of waves of the desired range. As soon as such material is discovered by scientists, the first high-grade X-ray microscope in the world will be created. The first proto-version of this device was created in the USA in the 50-s of the last century, but this invention does not reach the full-scale version of the microscope based on X-ray beams.
Ctrl Enter
Noticed oshЫbku Highlight text and press. Ctrl + Enter
We are
Bulletproof glass. Compromise of mass, value and characteristicsGlasses and lenses for augmented reality
Military Reviewin Yandex News
Military Reviewin Google News