Moldova: to the European Union though through the chimney ... 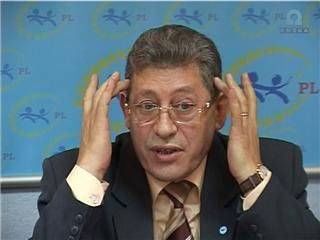 Exactly 95 years ago (in March 1918 of the year), the territory of modern Moldova (Bessarabia) was in the hands of the Romanian occupying forces. 27 March 1918, the parliament of the Bessarabian province (after the Moldovan Democratic Republic since December 1917), under pressure from the Romanian authorities, decided that Moldova should become part of Romania. The decision of the parliamentarians was taken in such a way that less than a quarter of all those deputies that the Council of the Country (Sfatul Tarii) took in were actually taking part in the voting. As soon as the decision to join the MDR to Romania was made, the Romanian king liquidated the Moldovan republic together with the Council, which decided to join. The Moldavians, who barely had time to feel the taste of the republican form of government, also ended up in a monarchical embrace, only now of the Romanian type.


Despite such political oddities, Moldovan liberals claim that 27 March is a great day for Moldova. One of the main pro-Romanian politicians of Moldova, Mihai Ghimpu, who once headed the parliament and even held the post of acting Moldovan president, generally announced that March 27 1918 is the triumph of the national identity of each Moldovan. True, a small reservation needs to be made here: Ghimpu and other supporters of the indispensable integration of Moldova with Romania believe that such a nation as Moldovans does not exist at all. In their opinion, the Moldovans are the same Romanians, and therefore Chisinau, together with other Moldovan territories, must be led back into the fraternal embrace of Bucharest.

In order to convey their joy at the historic entry of Moldova into Romania, which took place 95 years ago, the Moldovan liberals decided to arrange a whole series of festivities in the country. A conference is scheduled, the name of which is translated into Russian as follows: “The unification of Romania and Bessarabia is a model of modern European integration of the Republic of Moldova”. Well, what can I say: if Moldovan Romanian unionists consider that European integration is a situation in which one state is completely absorbed by another while simultaneously eliminating all of its political and economic institutions, it becomes clear what Mihai Ghimpu is going to lead Moldova to today. In principle, neither he nor his supporters conceal this. In their opinion, Moldova can only properly manifest itself when it joins in one form or another (even if in the form of a Romanian outback) into the European Union. What opinion does the European Union have on this score is another question ... And what opinion can there be about integration with Moldova, if in Moldova itself only 16,1% of respondents say they want to join the EU. Moreover, almost two thirds of the citizens of present-day Romania say that Romania itself entered the EU for nothing, and that, perhaps, after a few years, Bucharest will have to leave the EU for economic reasons.

However, such statistics do not frighten the Moldavian unionists, and therefore they are ready to go for any heartburn, if only the European “brothers” pay their patronizing attention to them. One of such messages of the Moldovan authorities towards Bucharest and Brussels was the widespread introduction by the Moldovan Ministry of Education in Moldovan schools of a unique textbook called “Sexual Life”. This manual is intended to enlighten Moldovan schoolchildren in matters of sex education. Well, they decided to enlighten and decided ... But only “Sexual life” as a textbook for Moldovan children is subjected to sharp criticism from the overwhelming majority of teachers and parents of students. Representatives of the clergy joined the criticism of the textbook. In particular, the Bishop of Falesti and Belsky - Markel spoke out for the immediate removal of the textbook from Moldovan schools. According to teachers and priests, the textbook places particular emphasis on the promotion of same-sex sexual relations, which demonstrates how the Moldovan authorities are trying to please the Europeans with their “educational” actions. Bishop Markel declares that the textbook has appeared on the territory of Moldova at the behest of the Romanian owners of the Moldovan authorities.

Quote:
“We are against the perversions that are told along with normal relations. This book, in our opinion, brings only harm, only destruction. We will pray that people will be ashamed and turn away from these destructive thoughts. ”

However, the Moldovan Ministry of Education, headed by Maya Sandu, who recently recently was an advisor to the World Bank’s Executive Director in the US capital, does not consider that the textbook donated to Moldova by Romania should be removed from school libraries for all claims of parents, teachers and church representatives. And in general, the Ministry of Education of Moldova “Sexual Life” does not consider it a textbook. According to the officials, “Sexual life” is only a separate volume of a large encyclopedia, and if there is the word “encyclopedia”, then all the reprehensibility supposedly should immediately disappear. They say, so what if the physiological needs of gays and lesbians are considered - let the children in the encyclopedic version get acquainted ... But after all, under such a shop in the form of "encyclopedias" you can literally push anything into the school: decided to settle accounts with life ...

And after all, such an “encyclopedic” explanation of the appearance of “Sexual Life” in Moldovan schools, expressed by representatives of the Moldovan authorities, is hardly worth wondering. If the Romanian occupation of 1918 in Chisinau is declared by the liberal masses as a blessing to the Moldovan people and their historical choice, then, as they say, dry the oars ...

By the way, it should be noted that since the end of last year, a law has been in force in Moldova, which prohibits citizens from discriminating words and actions addressed to anyone and representatives of sexual minorities, in particular. I wanted to call a gay couple a word that more bluntly denotes their essence, so prepare it right away from 12 thousand to 60 thousand lei (approximately from 1000 to 5000 dollars) ... In general, the desire of Moldovan liberals to the European Union, which is already does not know how to get rid of low-income members, there is.

In order to further express his desire to integrate with at least someone in the West, Chisinau sent 144 his troops to the German Hohenfels to take part in the Mission Readiness Exercise. At home, Moldovan soldiers were greeted as national heroes, and the head of the General Staff of Moldova, General Stoyan, personally decided to present honorary diplomas to those most distinguished in the exercises. At the same time, Stoyan stated:

“Moldovan servicemen will not drop the honor of the republic in any theater of military operations.”

After graduation and making such ardent speeches, all that remained was to shed a tear ... It is noteworthy that the German military partners decided not to speak out publicly about the displayed valor of the Moldovan soldiers and officers ...

It would seem that after the oath of allegiance to Romania, applause for supporting the LGBT community and joint military exercises with European partners, the official Chisinau should receive from the EU a blessing for indispensable integration and financial assistance. But Brussels and the “progressive world community,” sadly as it is for the Moldovan authorities, remain cold and even somewhat harsh with regard to Chisinau, which is busting fast-paced towards the European version of democracy. In particular, there was information that the IMF decided not to provide Moldova with the final tranche in the amount of 76 million dollars. Representatives of the IMF said that Chisinau had not fulfilled its economic and political obligations, and therefore millions will remain in the fund’s accounts. Now, if the Moldovan authorities revised the law on the state budget for 2013 year, adopted a series of documents regulating the financial activities of banks (perhaps not according to the type of Cyprus? - author's note), then, you see, the IMF would be able to unpin Moldova with 76 million "green" and so ... And the IMF literally demanded that all legislative changes take place in Moldova only after coordination with the experts of the fund. Nothing like? .. There are some parallels with the relations of the IMF and Russia of the 90-x sample - isn’t it? In general, even the official support of gays with lesbians did not help Chisinau ...

After unsuccessful economic contacts with the West, an increasing number of Moldovan citizens declare the expediency of changing, say, the integration vector. Already, almost 23% of respondents during one of the sociological studies recently conducted in Moldova state that it would be better for the country to integrate not with the EU, but with the Customs Union of Russia, Belarus and Kazakhstan. Recall that about 16% of respondents spoke out for integration with the EU. The rest either expressed the words about the complete economic and political neutrality of Moldova (if it can be in modern conditions at all), or found it difficult to answer the question of which way it would be more expedient to turn Moldova.

It is noteworthy that now in Moldova there is a sharp political crisis, in which each of the political forces is trying to pull the blanket over himself. And the more overtightening, the more fragile and dependent becomes the political system of Moldova. In this regard, the eloquent is a note from one of the Moldovan publications (“Independent Moldova”), which is worth quoting in full.

The Politburo, like the Soviet Union, has long been gone. But his offspring are alive. The Politburo’s residence is now located in Brussels, and its directives are not a bit different from the party directives of the Soviet era ... The Soviet Union has gone down in history for more than twenty years. But our authorities, holding hands with their patrons from Brussels, continue to live and create using the same Soviet methods, turned, however, upside down. In other words, the notorious European Union begins to become a mirror image of the sunken USSR. What is missing is (for the greater importance!) On their star-blue banner of the time symbols - the Sickle and the Hammer. With one caveat. Under the Soviet Union, with all its shortcomings and flaws, there was no such a blatant mess and lawlessness as during the European Union.

Is the 20-year-old Moldavian hibernation and wishful thinking ready to give way to common estimates of the current situation? ..