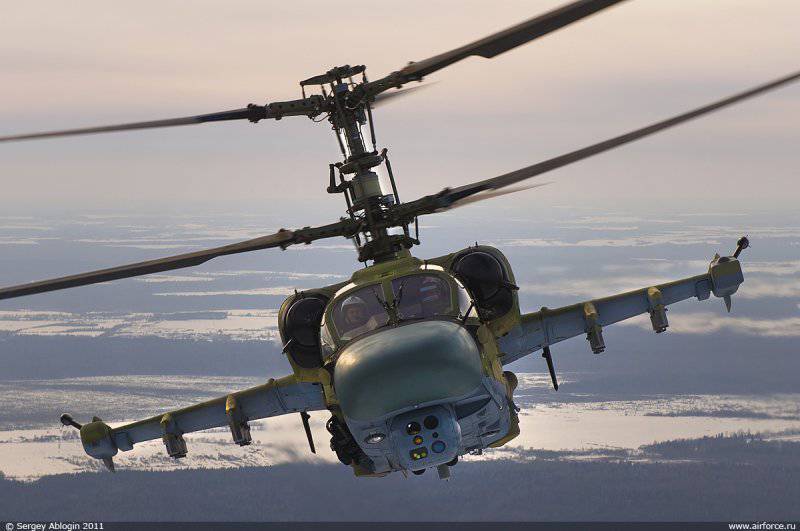 In the south of Russia, Ka-52 helicopters took over duty. The unique combat vehicle is able to perform tasks in all weather conditions and hit targets at a distance of 10 kilometers. According to experts, only a dozen of such helicopters are able to withstand the attack of an entire army.


The newest helicopter of the Russian Air Force is being mastered in the skies over the Krasnodar Territory - twelve Ka-52 helicopters took over combat duty.

This is a unique combat vehicle. It is able to perform aerobatics of any complexity, to hang in one place for a long time, to execute firing rockets, moving not only forward, but left or right.

The helicopter can be viewed closely, but you cannot look into the cockpit, there is a secret equipment. Outside there is a 30-millimeter cannon, the same installed on the BTR and the landing vehicles of the latest generation. Here, the suspension for missiles and most importantly - a system for early detection of targets.

- It is with its help that targets can be detected at a great distance?

- Yes, there is a thermal imaging camera, a laser range finder.

The tank or bunker Ka-52 will destroy at a distance of up to eight kilometers when the enemy does not see him yet. Dmitry Rysyev, who performed combat missions in the North Caucasus and South Ossetia, was impressed with the characteristics of the new technology. Two pilots work in the cockpit: one is in charge of the armament, the other controls the machine. And sit side by side.

“You can even communicate with gestures. You don’t need to speak, you don’t need many words. And you can see the review - the cabin is very spacious. This review helps when landing on a limited size platform,” said Dmitry Rysyev, the Ka-52 helicopter commander. 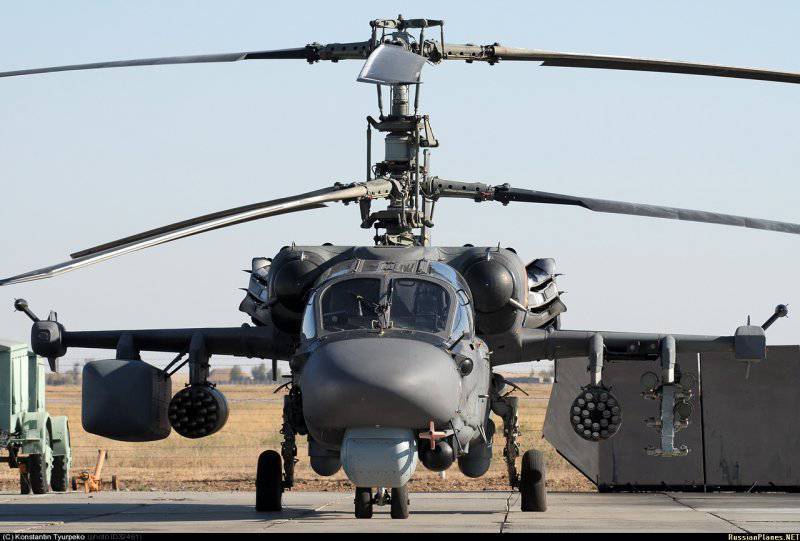 This is the only “shock” helicopter in the world, built according to a special system - it does not have an additional screw on the tail, but there are two main ones at once. This made it possible to achieve unprecedented opportunities.

"The flight does not depend on the direction of the wind. This scheme helps to use the helicopter more efficiently in the highlands, in high temperature, high humidity conditions. This is his element," says Yevgeny Sukhodolsky, the commander of the Ka-52 helicopter squadron.

In the air force in the south of Russia in March 2013, the most large-scale rearmament in recent decades takes place. In the Krasnodar Territory near Korenovsk expand the airbase - it will become several times larger, will use the latest technology. In the aviation regiment, the Night Hunter Mi-28 has already been mastered and now they have received a whole squadron of Ka-52, which is also called the Alligators.

- Questions on the implementation of the flight mission?

- If there are no questions, happy flight. Get separated.

This helicopter is compact and incredibly maneuverable. In addition, in Russia only Ka-52 is equipped with a bailout system. The battle is able to lead even at night. Ten minutes after receiving the order, the entire compound is ready to fly to the combat mission. One attack of such a group can stop the advance of an entire army.

Ctrl Enter
Noticed a mistake Highlight text and press. Ctrl + Enter
We are
ARMY-2016. The latest complex of biological protectionInnovation Day of the Southern Military District: airborne combat vehicle BMD-2K-AU
223 comments
Information
Dear reader, to leave comments on the publication, you must to register.