Riot puppet. To a split in the camp of the Syrian opposition

March 28 2013
46
In the capital of Qatar, the regular summit of the League of Arab States (LAS) begins. The main issue to be discussed will, of course, be the conflict in Syria. And for the first time, representatives of the opposition will officially take the place of Syria at this summit, although this contradicts the charter of the Arab League itself. The eighth article of the Charter of the Arab League speaks of respect for the state structure that has developed in Arab countries and the inadmissibility of actions aimed at overthrowing existing regimes. But who will reckon with some formalities if they interfere? 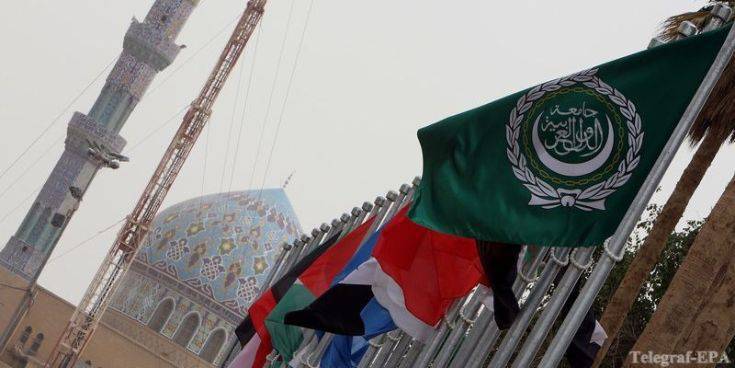 Yes, actually, to those to whom the “Arab Spring” owes its success, as well as to those who, thanks to it, gained power. And so only Sudan, Algeria and Iraq vote against the recognition of the opposition by the legitimate Syrian authorities, and Lebanon abstains. But the majority of votes in the Arab League has long been owned by them. In general, it would be strange if, after so many efforts made to redraw the political map of the Middle East and North Africa, Qatar and Saudi Arabia would not enjoy the fruits of their efforts. Not for this they sponsored a series of revolutions to depict objectivity in the Syrian issue.

But not everything goes so smoothly with the "friends of Syria." The other day, the head of the Syrian opposition Ahmed Muaz al-Khatib resigned, having spent only three months in this post. Why all of a sudden? Not at all. Al-Khatib hardly harbors illusions about the reality of the victory of opposition forces in Syria. But, unlike other leaders of the opposition forces, he was apparently not satisfied with the role of only puppets in the hands of the authors of the “Syrian revolution”. He could, of course, master sponsorship and do what they said. But it seems that al-Khatib had ambitions. From the very beginning, he tried to pursue an independent policy, which was contrary to the plans of the owners of the opposition. So in February, he declared his readiness to conduct direct negotiations with the Syrian Vice-President, with a view to finding a political, rather than a military settlement of the conflict. He also believed that the emergence of a provisional government (now being created by the puppet "government in exile") carries the risk of a split in the state. A few days before his resignation, he even allowed the possibility of addition weapons opposition forces. But such a statement does not fit into the plans of the owners and sponsors. Such independence could not arrange them at all and, naturally, could not remain without consequences.

And here in the leadership of the opposition a coup was arranged. On March 19, a meeting of the so-called National Coalition of Opposition and Revolutionary Forces (NKORS) was held in Istanbul. This organization was created by the “friends of Syria” with the goal of giving the bandits, who are fighting with the legitimate Syrian authorities, the appearance of unity and even some civilization. Well, so that the representatives of the bandits could appear before the public not hung up with a machine-gun belt, but in a suit. Actually, al-Khatib was considered the head of this organization. But in Istanbul, an inconvenient leader was found to be replaced - contrary to the opinion of al-Khatib, a “provisional government of Syria” was created, headed by Gassan Hitt, an American radical Islamist of Syrian origin. Naturally, it was with him supposed to maintain official contacts and consider the "legitimate" Syrian government. It is no less natural that he immediately rejected any contacts with official Damascus and proclaimed as his goal the overthrow of President Bashar al-Assad.

It would seem that the control over the opposition has been restored, and timid attempts to start talking about a peaceful resolution of the conflict have ceased. But it was not there. Al-Khatyb resigned, and after him 12 of his supporters left NKORS. Yes, plus the so-called Free Syrian Army took and did not recognize Hitt! I had to play back - the resignation of al-Khatib was not accepted by the council of NKORS, he was asked to perform his duties for some time. Otherwise, the figure of Gassan Hitt looks like a very fiction. He was just transported across the Turkish border, so that he could pose in front of cameras in Syria, ostensibly inspecting some territories controlled by the militants. A confusion could have happened: Imagine that the militants would have met their new “leader” with the question “who are you?”

Total: we have to admit that attempts to change the power in Syria according to the scenario of Libya fail. Not only is it not possible to achieve military success, so also part of the armed militants begins to think about a dialogue with the legitimate authorities. And even attempts to return them “on the right path” are not quite successful. Even no one pays attention to the provocations of militants with chemical weapons - nobody simply believes the reports. And the appearance of the unity of groups opposing the legitimate authority becomes difficult to maintain - reality breaks through even through the thick curtain of the Western media.

It should be said that the only way to resolve the conflict in Syria is the peaceful dialogue of all interested parties, without the intervention of external forces. For such a dialogue need some conditions. First of all, this is the cessation of the supply of militants with weapons and money. But the termination of their support on the goodwill of sponsors - is considered unlikely. And here the Syrian army has to prove to the militants the futility of the armed struggle. While the flow of money and weapons is not stopped, it is difficult to force the bandits to peace. But by the way, you can still. At least some of them. And here the split of the opposition should be encouraged. Let the opposition take the place of Syria at the Arab League summit - today it is inevitable. But if something comes out of their mouth, even slightly different from the position of the sponsors of the civil war, this should be noted as a sound desire for peace and settlement. Such statements are already appearing in the camp of the opposition. And it seems this is just the beginning.

Ctrl Enter
Noticed oshЫbku Highlight text and press. Ctrl + Enter
We are
Kurdish question in modern SyriaWho will be the next victim of destabilization in the Middle East?
Military Reviewin Yandex News
Military Reviewin Google News
46 comments
Information
Dear reader, to leave comments on the publication, you must to register.