Popovkin told the senators about the space threat and space debris

March 27 2013
17
12 March 2013 of the year in the Federation Council held a round table on the theme "On the development of measures to ensure planetary security against space risks and threats." A report to the senators was made by the head of Roscosmos, Vladimir Popovkin. Following the results of the round table, Viktor Ozerov, the head of the Federation Council Committee on Defense and Security, sent the government a proposal to create a center in the country to prevent and counter threats related to the asteroid hazard. After the fall of 15 in February of the current year of the Chelyabinsk car, everyone is a danger that emanates from space, and no one has any idea how to counter this threat. One thing is clear - money is needed for this.


Vladimir Popovkin about the space threat

According to Popovkin, his department, together with the Russian Academy of Sciences, will work to create a single center for countering and preventing threats from space. In the number of such threats in the first place, he put asteroids and comets. It is characteristic that the third, but clearly not the last member of this group will be the Ministry of Defense of the Russian Federation. This center will be distributed geographically across the facilities of the Russian Academy of Sciences, Roscosmos, the Ministry of Defense and the Ministry of Industry and Trade. A working group to create this center has already been created. Vladimir Popovkin told the senators that at the first stage, the main tasks of the center will be to increase the efficiency of monitoring small celestial objects and space debris, as well as launching research missions to potentially dangerous asteroids and comets and developing and testing means to influence space objects.

Curiously, at the same time, Vladimir Popovkin immediately noted that the creation of technologies to counter asteroids and active removal of space debris can serve as a very convenient cover for the creation and testing of military technologies. Therefore, he believes that it is necessary to create international documents that would exclude any possibility of creating, testing and deploying weapons systems in space. Accordingly, it is planned to connect the Russian Foreign Ministry to the work. This position was immediately supported by the head of the Russian Emergencies Ministry Vladimir Puchkov, who said that, together with foreign colleagues, it was necessary to work out the creation of an international early warning system for space threats deployed on satellites equipped with powerful telescopes. 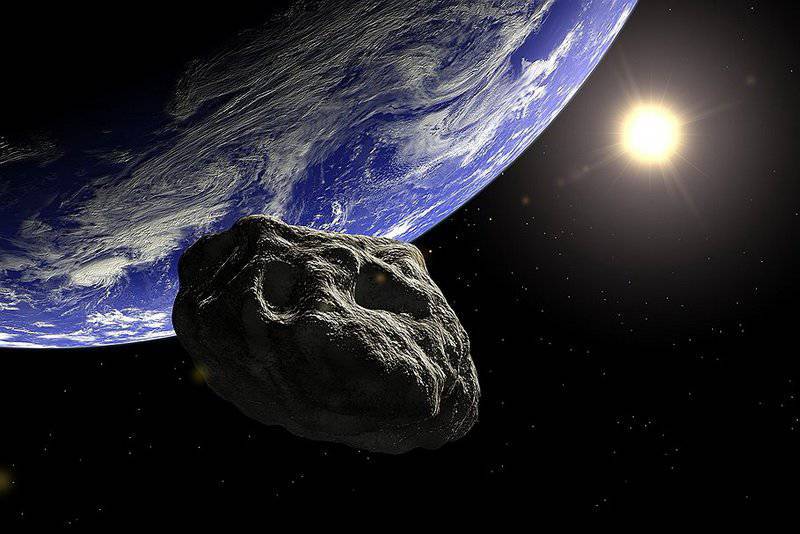 According to Vladimir Popovkin, the Russian Academy of Sciences (RAS) should be responsible for monitoring comets and asteroids, Roscosmos - for the fight against space debris and the solution of this problem. He also presented to the senators the projects of anti-asteroid spacecraft of the State Rocket Center. Makeev and NGOs them. Lavochkin. The participation of the Russian Ministry of Defense in this program at the meeting was not disclosed. Such a silence on the role of the military leaves room for fantasy. Most likely, we are talking about the creation and deployment of non-militaristic programs, then dual-purpose programs. At the same time, the existence of an international system for the exchange of information about asteroids approaching our planet with the help of orbiting telescopes does not in the least hinder the development of the military component of the space program.

According to Lydia Rykhlova, head of the department of the Institute of Astronomy of the Russian Academy of Sciences, Russia will need about 58 billion rubles in the next 10 years to create a modern system for monitoring the asteroid danger on earth. But, according to Dmitry Rogozin, who oversees the defense industry and space, it is completely inefficient to create such a system of surveillance and protection on earth. And to count in such work only on our own financial resources for our country is also very costly.

According to experts, today there are simply no reliable technologies in the world that would predict with 100% the likelihood of large asteroids falling to Earth - fairly large objects that can lead to real destruction. Thanks to the currently existing American infrared telescope WISE, scientists have become aware of all the potentially dangerous to the planet meteorites of diameters about 1 kilometer, but the smaller the meteorite, the lower the probability of its detection, and most importantly, the later it will be noticed.

The diameter of a meteorite falling near Chelyabinsk was approximately 17 meters, and its fall was a complete surprise for all scientists. NASA experts, analyzing the trajectory of the fall of a given celestial body, determined that with the most favorable scenario it could be detected only 2 hours before the fall. In the best case, during this time it would be possible to warn citizens about the danger, although, as the flood in Krymsk showed, even with this we cannot always hope for it. In any case, even if people find out about the approach to Earth of a large meteorite, say, for 5 hours before its fall, during this time it will be possible at best only to write a will. 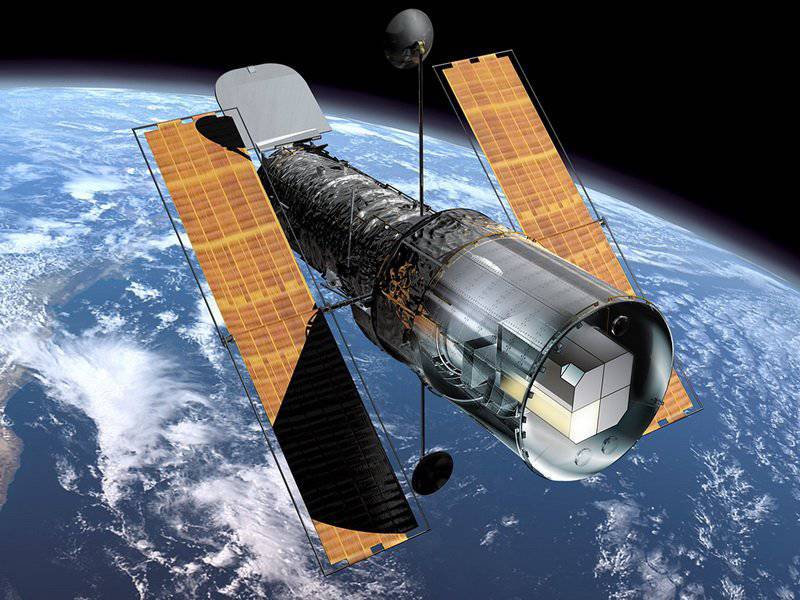 Ivan Moiseyev, scientific director of the Space Policy Institute, is also quite skeptical. According to him, the trajectories of all large asteroids today have long been known and studied by scientists. If we talk about small space bodies, today there are no technical means for their detection and destruction, which could be called effective. The real task of this entire program can only be scientific - to put telescopes into orbit and gradually, step by step, to create a network of observations of small celestial bodies. This is how some countries act today, but not Russia. According to him, a fairly good program to control meteorites is developing in the USA today, and it would be nice for Russia to cooperate with the Americans in the exchange of information. We can hardly do more so far. Therefore, the discussion of the problem in the Federation Council reflects only the hustle and bustle that the officials must demonstrate. After all, they had to respond to the fall of the Chelyabinsk meteorite.

According to Moiseyev, everything will end with the creation of a new structure, which will receive some funding, but not very large. According to him, back in Soviet times, they asked the current chief of the General Staff to allocate funds to fight the meteorite threat, to which the latter replied that the probability of a thermonuclear war on Earth is much higher than the threat of a meteorite falling, but you ask me for financial resources the destruction of asteroids is more than i spend on the thermonuclear program. Money for the project was not allocated at all. According to Ivan Moiseyev, exactly the same thing will happen now. First, calculate the budget, then estimate the probability of an asteroid falling, and the estimate will be reduced as it should.

Vladimir Popovkin about the threat of space debris

The head of Roscosmos also told about the danger of space debris, which represents a real threat to satellites located in the geostationary orbit of the Earth. According to Vladimir Popovkin, if in the near future the international community does not take urgent actions to protect spacecraft, then in the next 20 years the geostationary will be littered to such an extent that it cannot be used for its intended purpose. 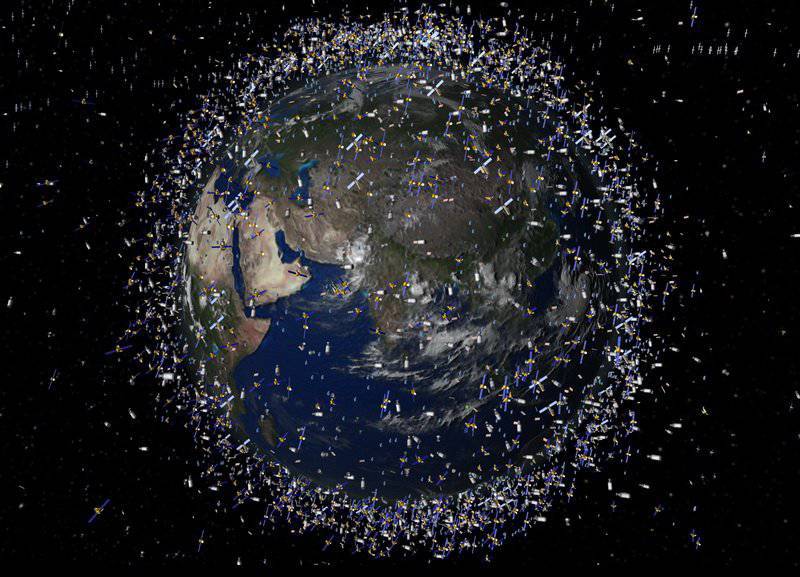 Earlier, information appeared that there are more than 600 thousands of space debris objects in the near-earth orbit, the diameter of which exceeds 1, see. Collision with such space objects is fraught with serious damage to satellites, and with objects more than 10 see diameter, which there are already about 16 thousand, the complete destruction of the device. Today, satellites have to regularly "lead" from a collision with debris dangerous for their operation. And this, in turn, leads to the consumption of fuel reserves and shortening the service life of satellites. Currently, the losses of European satellite operators due to space debris are estimated annually at 140 million euros. At the same time, in the next decade, this figure could grow to 210 million euros per year.

Ctrl Enter
Noticed oshЫbku Highlight text and press. Ctrl + Enter
We are
RAS and Russian universities will be attracted to protection against space threatsThe program to counter the cosmic threat can be implemented
Military Reviewin Yandex News
Military Reviewin Google News
17 comments
Information
Dear reader, to leave comments on the publication, you must to register.