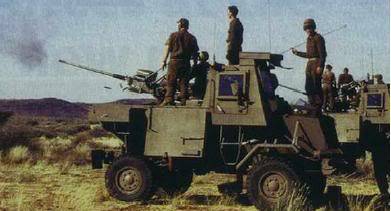 Somehow fumbling across I-net in search of information about a Belgian paratrooper bought on the occasion, (the jacket was for some reason called "Congo"!), In one of the photos of the Angolan war, I saw a monstrous design resembling a sculptured self-taught rural self-taught mechanic hybrid combine harvester and jeep in style "Bigfoot"! Over this whole heap of khaki-colored iron, a weapon, vaguely resembling the ZU-23, rose.


This unit was called a completely unpronounceable name: “Yestervark” and turned out to be a variant of a no less amusing car:
BTR "Buffel" So in Afrikaans language was called the African buffalo - a powerful animal, known for its bad temper, and more dangerous than a lion.

By its appearance, “Buffel” is obliged to ban the supply of weapons in South Africa, imposed by the UN, due to the fascination with various national liberation movements of Black Africa in those years ... The car was a lightly armored vehicle with mine protection of the bottom, and was developed in 1978 by " Armskor, for the South African army, which then carried out counter-partisan operations in areas bordering Angola. The local black followers of the teachings of Marx and Lenin entered into direct combat extremely rarely, but they got the hand of Chinese instructors to mine the ways of possible movement of the South African army units. Mina TM-57 has become a real curse of roads and paths in the bush. 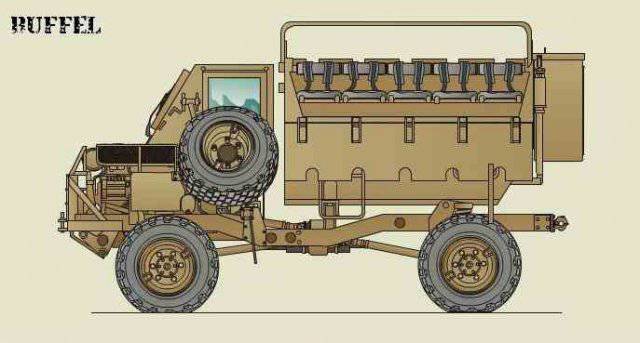 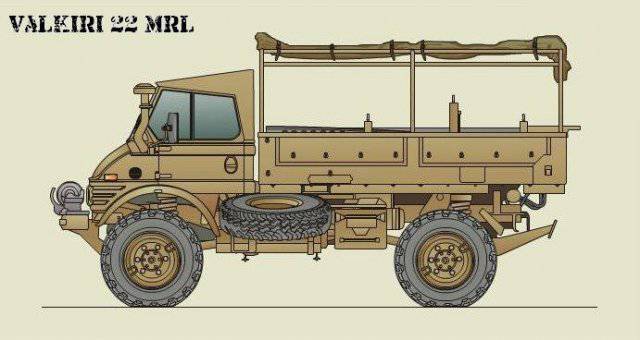 The driver's cab was mounted on the chassis: an armored capsule opened from above, just so the driver got to his workplace. 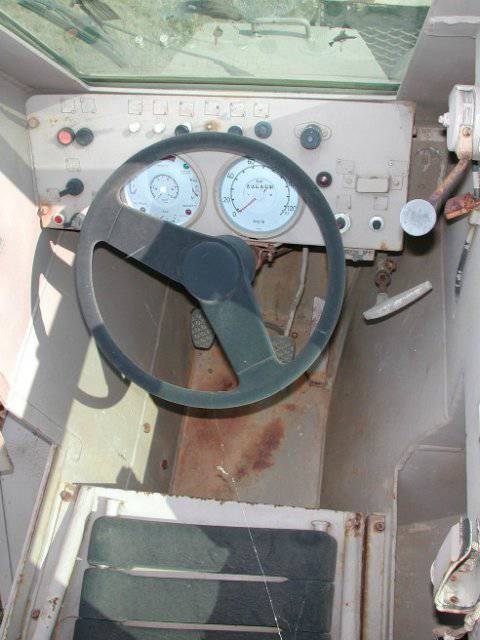 If necessary, the cabin could be installed both on the right and on the left. 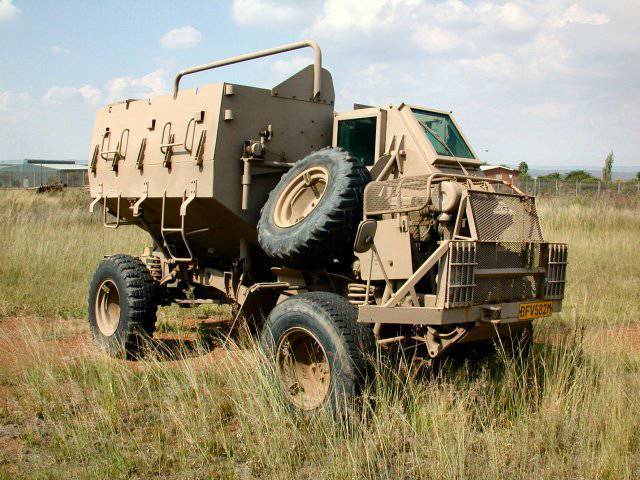 Separately, a 10 man, armored, open landing compartment was mounted. In it, back to back, along the 5 in a row, were seat-equipped seats designed to maximize the effect of the blast wave on the fighter. 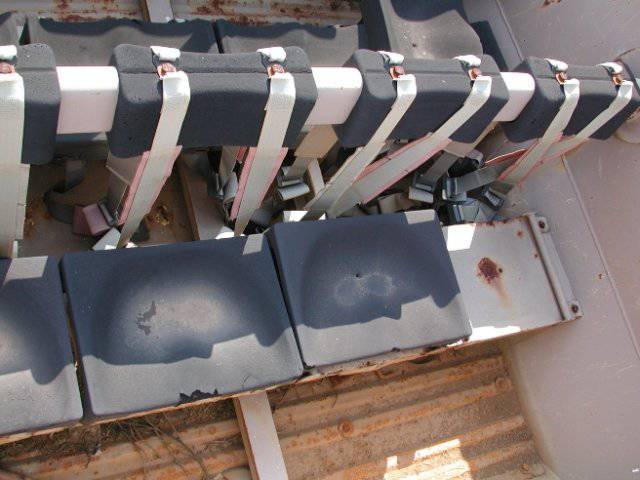 Mine protection was achieved due to the V-shaped bottom of the troop compartment. In combination with significant ground clearance, this form made it possible to dissipate the energy of the explosion of the anti-vehicle mine. It also helped to resist the explosion filled with water (!) - 500 liters in each (!) Tires of a large dimension. 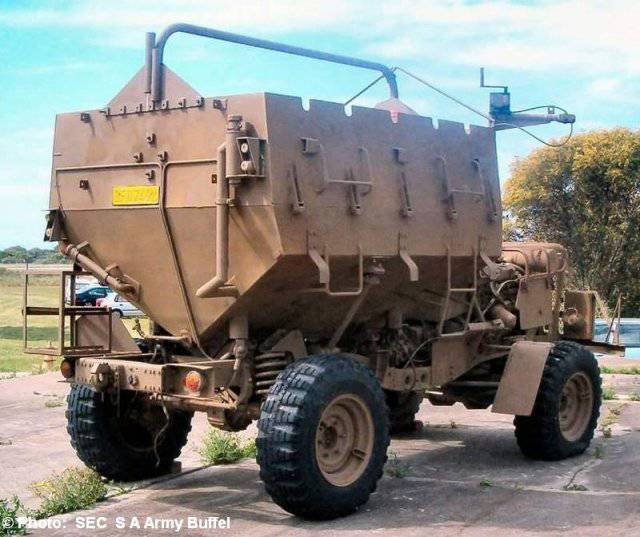 Under the bottom of the troop compartment were two plastic tanks: 100-liter for water, and 200-liter: for fuel. The water was used for drinking, and among the soldiers there was an opinion that the mass of water rescues personnel during blasting.

In the absence of heavy weapons for the black partisans, the height of the vehicle was more likely an advantage, as it allowed the soldiers to earlier discover the enemy savanna hiding in the grass. 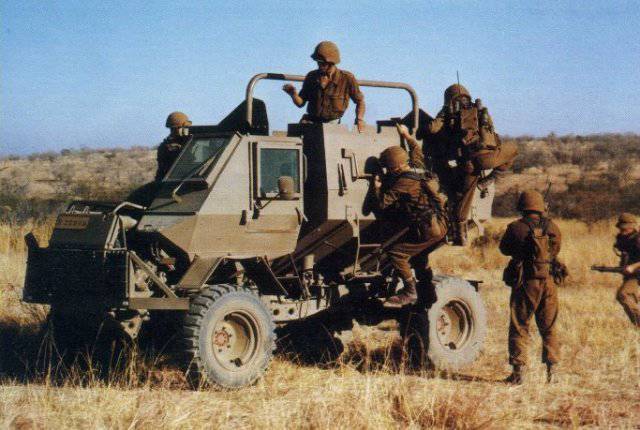 Installed on the machine machine gun caliber 5.56, or 7.62 mm. Machine guns were mounted diagonally: in front of the right and behind the left, there was also an option with a "pairing" behind an armchair. 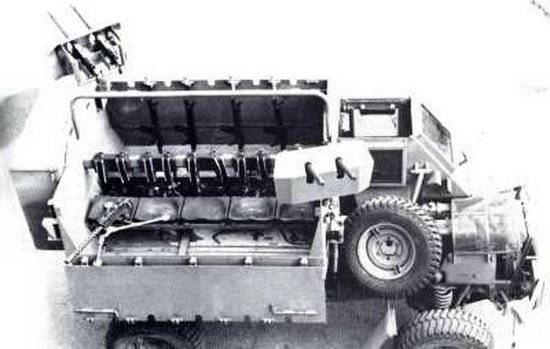 The following models also took place:
- "Buffel" MK I - with an improved engine and a reinforced bumper - "kenguryatnik"
- "Muffel" - an open cargo platform.
- "Buffel" MKII - with a closed troop compartment, rear doors and bullet-proof windows on the sides and rear.
- "Yestervark" - equipped with an automatic gun "Bushmaster" caliber 20 mm.
- There was also an option with an 80-mm mortar installed in the landing compartment. The seats of the assault were dismantled. 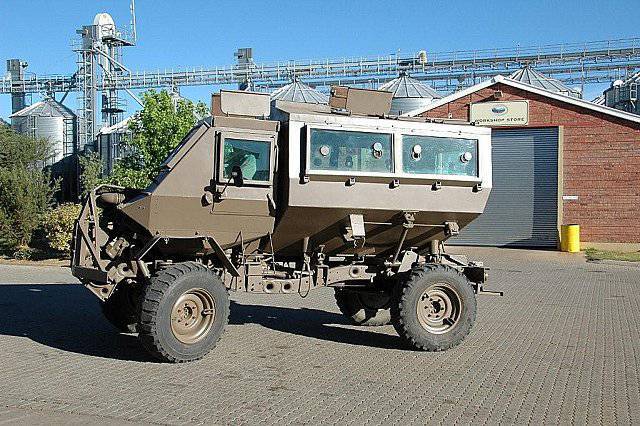 On the latest models of armored vehicles, instead of the original Mercedes engines, diesel engines were installed from Atlantis Diesel Engineering, brought to the company's factory somewhere near Cape Town.

Had a car and certain flaws. So, according to the memoirs of veterans, excessively sharp steering response to the bumps and potholes cost broken fingers to many drivers ... 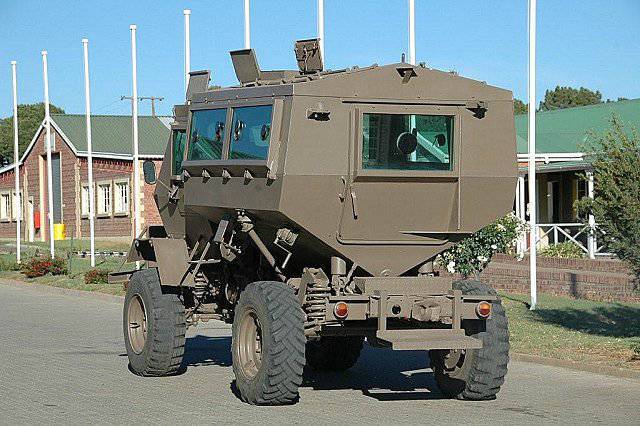 In total, before the end of production, more than 1400 machines were produced. In the revised version, the "clones" of the "Buffalo" continue to serve in the armies of other countries at the present time.

Ctrl Enter
Noticed oshЫbku Highlight text and press. Ctrl + Enter
We are
Family BTR-60 / 70 / 80 in combatIs the "old" well forgotten to become the "new"? Part-2. At the call of honor and duty
Military Reviewin Yandex News
Military Reviewin Google News
26 comments
Information
Dear reader, to leave comments on the publication, you must to register.