From divisions to brigades and back

March 27 2013
30
In 2009, during the reform of the Russian army, the main ideologists of the reforms informed the servicemen, and indeed all citizens of the country, that the military doctrine had undergone major changes and that the army needed significant internal restructuring. At the same time, the main threat was identified for Russia, in opposition to which supposedly there is no need to conduct large-scale hostilities, but can be limited to solving local combat tasks. They say that it’s no longer necessary to wait for a large amount of aggression from outside towards Russia, but it’s necessary to wait for bearded sorties with grenade launchers and “Kalash”. 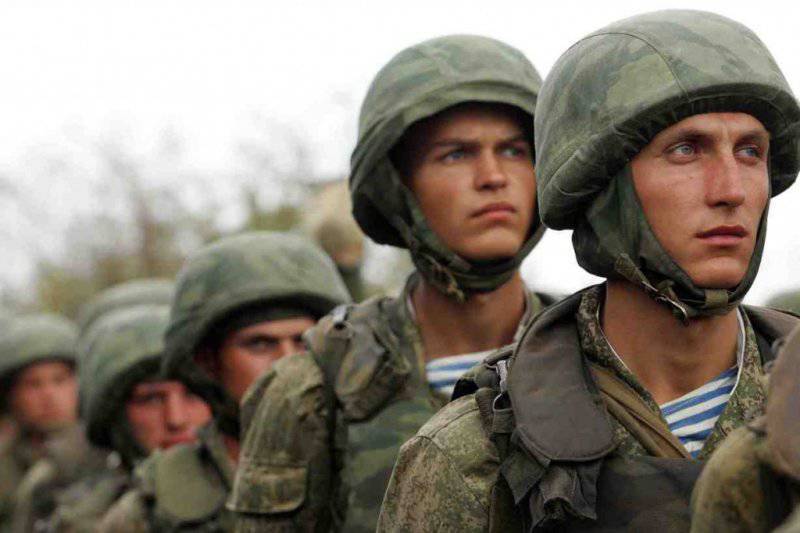 Due to the metamorphosis of military doctrine, it was decided to switch to the use of brigades, almost completely abandoning such a thing as a division. The main argument in favor of the transition to the brigade composition of the army looked as follows: the brigade has a smaller staff and, therefore, may be better organized than a division. This was supposed to give the entire Russian army greater mobility and flexibility, which responded to new security challenges.

However, after the divisions began urgently to be curtailed and squeezed, it turned out that the brigade formation had its own significant drawbacks. One of such drawbacks can be considered the fact that it was not always possible to achieve full-fledged interaction of individual components of the same team. If we consider that the brigade was conceived as a kind of middle line between the regiment and the division, which had to absorb all the best from both sides: the power of the division and the mobility of the regiment, then the result of such an idea was clearly blurred. Numerous exercises, in which the updated military units took part, showed that the brigades did not absorb the divisional power and at the same time failed to accumulate regimental coherence and mobility. It turned out that the brigades in the organizational plan were stuck between the regiment and the division, without realizing all the positive things that they, in fact, wanted from them.

Another undoubted disadvantage of the brigades is that, unlike the same divisions, they were forced to take part in combat (combat training) actions, then in full force. A situation emerged in which a brigade consisting of a pair of regiments, several separate battalions, including a battalion (company) of logistics, to perform combat missions, was removed from the place of deployment, leaving this place virtually empty and completely unprotected. In the divisional version, for the conduct of active hostilities there was always a special group of military personnel, which was determined to solve military-practical tasks to counter the attacking side. This group could be larger, could be smaller depending on the conditions and scale of the hostilities. In any case, the rear remained covered. In the case of a brigade, it is necessary to use either another brigade (and this is nonsense) to reinforce the rear, or somehow separate individual units from it, which in itself is a contradiction of using the brigade as a single and mobile unit.

An additional headache was added (added) by the fact that a hypothetically probable military confrontation may not always fit into the framework of local opposition, where it would be appropriate to use the brigade. Indeed, in the same Far East, one cannot exclude the possibility of a collision between the Russian army and the armies of its neighbors (with all due respect to China, Japan and other states of the region). If, God forbid, such a military clash occurs, it is hardly worth feeding illusions that it will be limited to a certain limited in area (very small) territory ... B stories The country had a sufficient number of examples of how even the most seemingly insignificant border conflict resulted in a large-scale military confrontation. And it is in the case of large-scale confrontations of the brigade that it is hardly worth considering as effective.

Despite this, all segments of the Armed Forces of the Russian Federation, with the exception of the Strategic Missile Forces and the Airborne Forces, switched to the brigade system. However, such a large-scale transition to the brigade principle of the formation of the Armed Forces was not decided in any of the major military powers. In particular, the armies of the United States, Germany, China and other countries use brigades only as additions to the existing divisions, which constitute the army's base. Moreover, in the USA, brigades are generally part of divisions in the overwhelming majority of cases. It turns out that only Russia from among the countries with substantial military power relies exclusively on brigades and takes into account the option of military conflicts only at the level of local clashes. Potential opponents do not discount the scenario of a full-scale war with the use of solid compounds.

Numerous military experts, who have increasingly begun to raise the issue of the inexpediency of the almost 100% transfer of the RF Armed Forces to the brigade version, seem to have been heard by the new leaders of the Ministry of Defense. Despite the fact that not so long ago, President Putin announced an almost completed reform and that it was time to abandon the “floundering” from side to side, information appeared that in the near future, several divisions could be reconstructed in Russia, which had been lost This status is about 3-4 years ago. In particular, it was reported that in less than a couple of months, namely, at the Victory Parade (May 9 2013), the Taman and Kantemirovskaya divisions would march on Red Square. It is the divisions, since this status will be returned to the famous military formation of the Moscow region, along with the red banners, which the divisions were at one time awarded for the military exploits of soldiers and officers.

In addition to restoring the Taman and Kantemirovsky divisions, the Ministry of Defense plans to start building several divisions in the Far East at once, which indirectly confirms the concern shared by military experts regarding the need to cover the far borders of Russia. It is not excluded that the division may be revived in Tajikistan again - on the basis of the 201 of the Russian military base. Indeed, in this region, after the withdrawal of the NATO contingent from Afghanistan, another large-scale armed conflict may break out, which is not even an hour, can spread to the whole of Central Asia.

But if the Ministry of Defense decided to turn again to the divisional option of recruiting the army, then what will happen to the brigades created? There is no definite answer to this question yet, but, most likely, the brigades will leave as the main combat units where their use is indeed more effective than the use of divisions. For regions where brigades can remain in the current version, for example, the North Caucasus can be attributed. It is simply pointless to use large divisions for counter-terrorism operations here. In this district, need mobile groups that could fight with the gangs with maximum efficiency.

It turns out that the leadership of the Ministry of Defense is reviewing the military doctrine, pointing out that local wars for Russia are certainly dangerous, but it is necessary to insure against the case of more substantial external aggression. To rely on the fact that we do not have major enemies is naive as it is naive and to assume that if there are big enemies, they will not provoke Russia into an armed conflict. Reasonable recovery divisions - good insurance.