“Chubais is a key figure in our historical process” 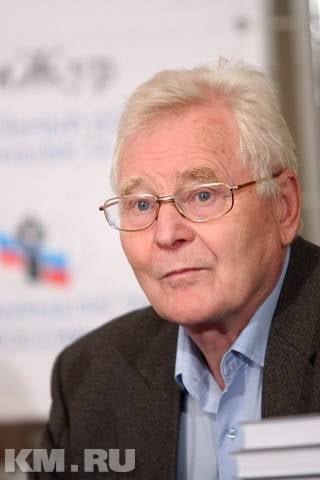 The media began to speculate that reforms in the energy sector are coming again, but they will be fundamentally different from the processes that have taken place for many years. If earlier the essence of the reforms was to divide the energy complex created in the USSR as a single system, then now they began to talk about the opposite trends associated with the idea to unite the power grid.


The results of the previous reform and reporting on new developments in the energy sector are assessed by Sergey Kara-Murza.

At one time, the separation of RAO UES was an important part of the reform, and it was planned for a long time. This caused great damage to the entire economy, because the unified system made it possible to significantly reduce the cost of electricity and, even with less power, to provide it with the whole country. This was achieved by maneuvering energy in longitude, and the maneuver itself was possible precisely because the system was unified. In the middle of this system was a complex of power stations on the Volga. He improved the quality of electricity by allowing him to compensate for the introduction or removal of generators.

The advantages of this system are known, and it was reliable, and from the fact that it was dismembered, no economic benefit was obtained. When such a reform was planned, the power engineers warned that a large system was more profitable than a multitude of small ones, and there was no economic sense to abandon it. In addition, this system was one of the important factors that linked the country, and in general, the reform involved the separation of large systems and the privatization of pieces. This was a common doctrine, but now there is no talk about restoring the system. Then in a single complex were generating power and networks. Only in this case it was possible to have a unified dispatch service capable of engaging in optimal regulation.

The network is only the delivery of energy to consumers from private companies. At the same time, the state is striving to preserve distribution networks in the oil industry and the energy sector, because this tool nevertheless makes it possible to strongly influence the energy sector and respond to the situation. Therefore, the integration of networks, which is now talked about, is a reasonable measure. This is a plus, but not a major change.

For industrialization will have to tighten their belts

When they say that the era of Chubais in the energy sector is ending, this is a metaphor. Chubais is a key figure in our historical process. Wherever he is, whatever place he occupies, his significance is not diminished. Even if he will not occupy any position, he is a man of the world top level. If he had not been so influential, he would have been removed from all posts. He is a powerful figure in his qualities. There is nothing to say!

Are current talks about energy reforms related to the idea of ​​industrialization? Modernization requires many conditions that do not yet exist; first of all it is the motivation of people. Modernization requires the mobilization of resources, but so far people have not yet walked up and bought everything. And for industrialization will have to tighten their belts. The money held in reserve funds is a very small amount. There are calculations that show that more than 1991 trillions of dollars were seized from fixed assets from 2011 to 6 years. It is necessary to compensate for something, but it is very difficult, and oil revenues are not enough. We'll have to tighten the belt, but this is possible only if everything is tightened.

Ctrl Enter
Noticed a mistake Highlight text and press. Ctrl + Enter
We are
About Stalin and KhrushchevWhat you didn't want to know about England
19 comments
Ad