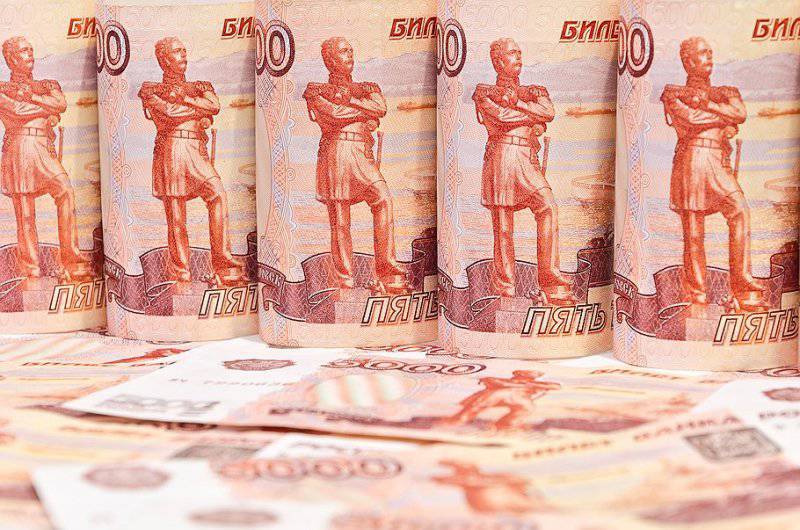 
The Investigation Committee of Russia (TFR) is investigating a criminal case of attempted large-scale fraud as part of the execution of a state contract for the production of torpedoes at OJSC “Plant Dagdiesel”. Instead of new torpedoes, for which the Defense Ministry paid an advance of 2,7 billion rubles, the company tried to manufacture products from used components, and used unused funds as a commercial loan. After the intervention of the Main Military Prosecutor’s Office (PRT), the contract was terminated, the money was returned to the military, and Dagdizel was ordered by the court to pay a large fine to the customer.

The investigation department of the TFR in Dagestan initiated a criminal case under Art. 30 and h. 4 Art. 159 of the Criminal Code (attempted fraud on a large scale, committed by an organized group). It was based on the materials of the military prosecutor’s office, which, within the framework of the execution of the instructions of the Russian president, verified the fulfillment of the defense order for the production and supply of torpedoes for the needs of the Navy in Dagdizel Plant, located in the Caspian city of Dagestan. Since, as civil investigators considered, the servicemen were involved in the frauds, the case was transferred to the military investigation department of the TFR in the Southern Federal District.

In April, the NNNXX / 2011 / 3 / 1 / GGK-6-DGOZ state contract for the supply of universal self-guided electric torpedoes USET-0215 was concluded between OAO Plant Dagdiesel and the Ministry of Defense of the Russian Federation.

According to the contract and its annexes, before 25 in November 2011, the Ministry of Defense was to receive the first 40 torpedoes, and in 2012-2013, even 80 of similar products. The total cost of the three-year contract was 5,18 billion rubles. Having paid an advance for the first two years in the amount of 2,7 billion rubles, the military department did not receive torpedoes from Dagestan.

As a result, the Ministry of Defense and the prosecutor's office that supported it appealed to the arbitration court, demanding that Dagdiesel return the advance, terminate the contract, and pay a penalty in the amount of 218 million rubles. and fine 81,4 million rubles. In the course of the proceedings, which was conducted in the Moscow Arbitration Court, the claims against Dagdiesel by the military increased to 526 million rubles. by increasing the amount of the penalty.

In court, the defendants, proving their innocence in disrupting the state contract, referred to his own conditions. The contract, in particular, did not allow the use of components manufactured before 2010 of the year when torpedoes were released. Representatives of the plant indicated that, not being able to independently replace a discontinued DP-31U engine, with others, they appealed to the Ministry of Defense with a request to report which organization produces the specified engines. However, it was not until August 2012 of the year that the Ministry of Defense gave instructions to their former manufacturer, Electrosila OJSC, to transfer a set of design documentation for electric motors to OJSC Underwater Marine Concern weapon "Gidropribor" ", and it sent the documentation to the JSC" Engine ". With it was contracted to produce torpedo engines.

The arbitration has satisfied the requirements of the Ministry of Defense, but not in full, but on 222 million rubles. The next lawsuit is about the termination of the state contract and the return of the advance in the amount of 2,7 billion rubles. was discontinued. As explained in the PRT, this is due to the fact that the contract was voluntarily terminated and the funds were returned.

At the same time, during the prosecutor’s check, it turned out that, having won the competition for the production of torpedoes, Dagdizel could not fulfill its conditions from the very beginning. The Ministry of Defense funds received as an advance were placed by the management of the company on deposits in banks and put into business use (by the way, for the use of advance funds as a commercial loan by Dagdiesel, the arbitration charged 122,4 million rubles from the enterprise). Torpedoes also tried to assemble from used materials, which produced new markings.

"The functionaries of this plant not only were not puzzled by the execution of the contract, but also decided to get additional benefits. When assembling new torpedoes, they planned to use old components with expired storage periods, some of them of unknown origin. As a result, a weapon of dubious alertness could get on the fleet, but illegal the activities of the functionaries were stopped in time by the military prosecutors, "the PRT noted.

Earlier, former First Deputy Minister of Defense Alexander Sukhorukov told Kommersant that "according to the results of the defense order in 2011, the Dagdiesel plant did not deliver the samples under the terms of the concluded government contracts" (see Kommersant on March 21 of 2012). According to the Kommersant’s source in the Ministry of Defense, Dagdiesel is one of the most problematic suppliers of the department, and this is connected not only with non-fulfillment of contracts within a specified time frame, but also with “the inconsistency of the ordered products with the technical requirements.”

The leaders of OJSC "Plant" Dagdizel "" refrained from commenting. It is known that the decisions of the Moscow Arbitration Court on claims of the Ministry of Defense and prosecutors are appealed by lawyers of the enterprise in federal courts.

At the same time, as a source in the military-industrial complex explained to Kommersant on condition of anonymity, concluding a contract in April 2011, the Ministry of Defense itself created a situation in which the plant could not fulfill its conditions. The first batch of torpedoes "Dagdiesel" was supposed to deliver 2011 of the year before the end of November, however, the documentation on the DP-31U engine was given a course only last summer. “But the Ministry of Defense is the owner of the documentation,” the source said, “and if the department didn’t dodge this issue, the plant would not have to return the money now and pay the penalty. Dagdizel has been fighting for survival since all these years. for defense orders, and here such a blow, and even from a single customer. "

Ctrl Enter
Noticed oshЫbku Highlight text and press. Ctrl + Enter
We are
Armament and equipment acquired for the modernization of the "Admiral Nakhimov"Results of anti-terrorist work on Dagestan in April 2014
Military Reviewin Yandex News
Military Reviewin Google News
63 comments
Information
Dear reader, to leave comments on the publication, you must to register.