Leonid Bykov - in love with the sky

March 26 2013
34
A talented actor and director Leonid Bykov is still well remembered not only by citizens of the former USSR - his images on the screen worried completely different people. The secret of his popularity is quite simple: he tried to make a movie about people and for people. More than 60 years ago, he played his first film role, and 40 years ago shot his best film, which brought him deserved and very great fame - “Only old men go to battle”. Leonid Bykov managed to make one of the best films about the war, which became the pearl of the Soviet and then Russian cinema.


Leonid Bykov was born on December 12 1928, in a small village Znamensky Slavyansk district of Donetsk region. Since childhood, Leonid Bykov grew up to be a cheerful and intelligent boy, but he didn’t think about becoming an actor and linking his life with the cinema. As a child he had seen plenty of films about pilots, such as The Fighters and Valery Chkalov, so, like many boys of his time, he dreamed of heaven and dreamed of enrolling in a flight school. At the same time, his external data were not the best: a rather small height and the face of a perpetual teenage student. Therefore, in 1943, in Barnaul, where his family was evacuated at the beginning of the war, the attempt to deceive the military enlistment office ended in nothing. The severe military commissar noted that it was too early for Bykov to go to the front and advised him to finish school first.

Leonid Bykov did not leave his dream of heaven in the 1945 year, already in Leningrad, he entered the 2 Special Pilot School, where he managed to study the entire 1 month. From school, he was expelled for a small increase, and on this flight career Bykov finally came to an end. After such a failure, he decided to go to the artists. But even in this new field at first only disappointment awaited him. The first attempt to enter the Kiev school of actors in 1946 was a failure with a crash. After this, our loser-hero was awaited by a joyless return to his home and possible ridicule of his friends. Perhaps realizing this, Bykov decides to go to Kharkov in order to repeat his attempt to become an artist. It is worth noting that he unexpectedly succeeded. Bykov successfully passed the exams at the Kharkov Theater Institute and was enrolled in the 1 course. 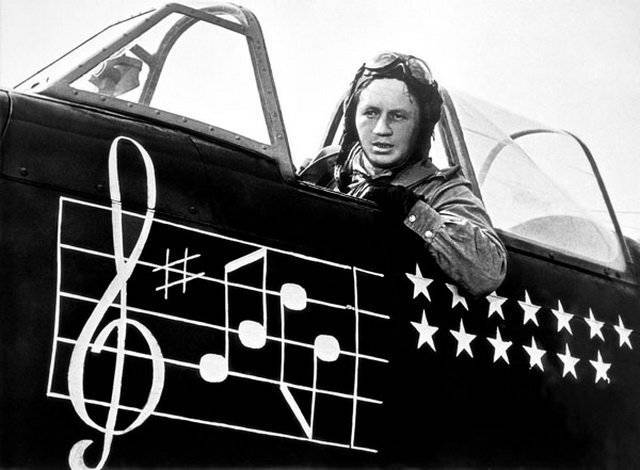 Already in the very first year of the institute, Bykov was entrusted with the role of Pavka Korchagin, while he had to play it on the main city stage in the Kharkiv State Academic Theater. Shevchenko. For a novice artist, it was a real success. In the 1951 year, after graduating from the institute, he was accepted into the troupe of the Kharkov Academic Theater and played on his stage until the 1960 year. Already in 1952, Bykov played his first movie role. It was a film by Viktor Ivchenko and Isaac Shmaruk “The Fate of Marina”, in which the future star of Soviet cinema got only the episodic role of a simple village boy Sashko.

To the surprise of many, this film had a fairly large audience success, and the beginning actor was remembered not only by the audience, but also by filmmakers. In 1954, Alexander Ivanovsky and Nadezhda Kosheverova suggested Leonid to play the role of Petka Mokina in the film “The Tiger Girl”. This picture was a resounding success with the Soviet public, since it, the name of the actor Leonid Bykov became known to almost everyone. Meanwhile, in parallel with the “Tiger Tamer”, the actor was filmed in another Lenfilm tape “Maxim Perepelitsa”. The success of this film in the film distribution was lower, but for Leonid Bykov, this role really opened the doors to big cinema, and he finally won the love of the national audience.

After this, the Bulls continued to actively roll, however, often these were roles similar to one another: the original Maxima Perepelitsa, only on a smaller scale. At the same time, the actor wanted something new, he was not going to endlessly exploit the same image, so he tried as much as possible to choose roles of a different plan. In 1961, the film “Aleshkina Lyubov” was released on the screens of the country, in which Bykov played one of his best roles. From 1961 to 1964 years he managed to play in the films: "At the seven winds", "When bridges are made," "Be careful, Grandma!". 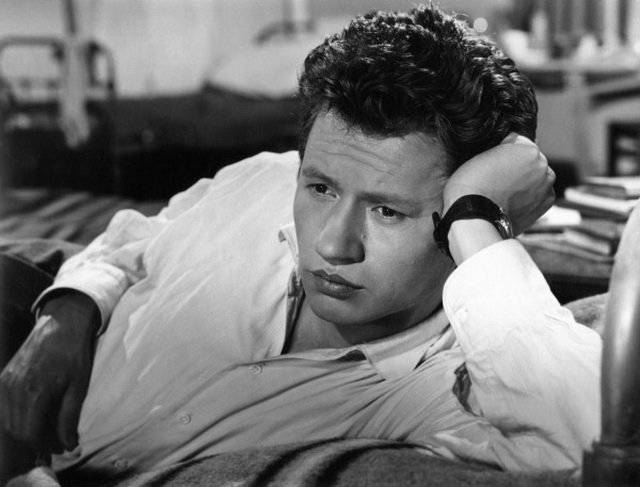 In parallel with this, Bykov is experimenting and trying himself as a director. In the 1960 year, breaking with the theater, he and his family moved to Leningrad. At Lenfilm, they promised to give him a try in the role of director and he agrees to the move. In 1961, in conjunction with director Herbert Rappoport, Bykov shot the short film "As the string goes up ..." and although this work went almost without attention from viewers and critics, this attempt did not frighten young Bykov from directing. In 1963, he was shooting a full-length sarcastic and sad comedy “Bunny”, in which he played a major role, critics did not appreciate Bykov’s work, and he himself understood that he didn’t make a good film.

At the same time, Bykov’s long-time dream was to shoot a picture that would tell about the heroism of the Soviet pilots during the Great Patriotic War. Love for the sky and for the people of this profession has lived in Bykov since childhood and never left it. In addition, he remembered his best friend Viktor Shchedronov, who, unlike Bykov, was able to finish the flight school, went to the front and died in the battle of 11 on April 1945 of the year in Czechoslovakia. Through 20 years after that, Leonid Bykov wrote the script for his best film and one of the best Soviet war films - “Only old men go to battle”. He embodied his deceased friend Viktor in the form of a Darkie, retaining to that even the name of a friend - Lieutenant Shchedronov.

Leonid Bykov created the script of his immortal picture in collaboration with screenwriters Alexander Satsky and Yevgeny Onoprienko. In this case, to put this picture in the USSR for a long time was not allowed. The bureaucrat considered this film not heroic enough. In order to prove the opposite, Leonid Bykov begins to run around the script of the film from the stage. Reading them separate passages of the film script in the most different cities of the USSR provoked constant delight of the listeners, and this proved that the scriptwriters were not mistaken and the idea of ​​their film was correct. In the end, the cinema leaders of Ukraine understood this. In 1972, Leonid Bykov started shooting, and in 1974, the film was released on screens, and since then it has remained one of the most beloved films about the war with the national audience. 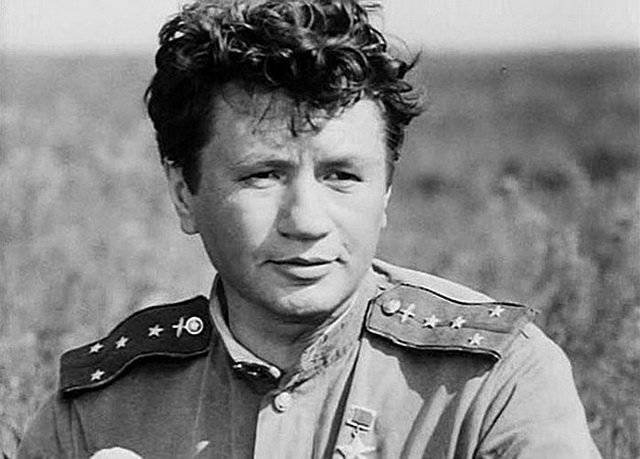 After the triumph of this picture, it was simply impossible not to notice the talented director. In the same year, Leonid Bykov was awarded the title of People's Artist of Ukraine. Moreover, unlike many of the then artists who deserved this title for a number of very different reasons, and not for popularity among people and talent, Leonid Bykov received this title deservedly. Earlier in 1965, Bykov was already awarded the title of Honored Artist of the RSFSR.

A year after the premiere of the film “Only Old Men Are Going to Battle”, Bykov again addresses the topic of war. This time he begins to shoot the picture "Aty-bata, the soldiers marched." The screenplay for this film was written by Boris Vasilyev and Cyril Rappoport. One of the main roles in this film was played by the director himself, for whom this role in the movie has already become 22. At the same time, he initially did not think of acting in this film; at the time many actors tried to play the role of corporal Svyatkin, but none of them came up. And then colleagues advised Bykov himself to play this role. It is worth noting that they were right, it is unlikely that anyone would have been able to play this role better.

The filming took place near Zagorsk winter 1976, and were quite complex. In the courtyard there were very hard frosts, from which both people and equipment suffered. In the course of the work, it turned out that most of the captured film turned out to be a marriage, while Bykov himself suffered a second heart attack and spent a month in the hospital. In any case, the heroic work of the participants in this film did not go in vain. The release of the picture was another triumph of the actor and director Leonid Bykov. For this picture he was awarded the State Prize of the Ukrainian SSR.

Looking through the lines of the official biography, do not flatter yourself. Of course, Bykov rejoiced at the awards and triumph, but his soul was restless. Charity, universal flattery, corruption that prevailed in the country did not allow him to work and live in peace. Even the official acceptance of the war film “Aty-bats, soldiers were going”, which did not contain any dissidence, there was no policy, it was very difficult. During the screening of this film, a representative of Goskino suddenly snored. And when he woke up, he started asking ridiculous questions: “Why does your movie have a strange name? It looks like a child's counting ... ". Thank God, those present then had the courage to object to him and fight off many remarks and quibbles. 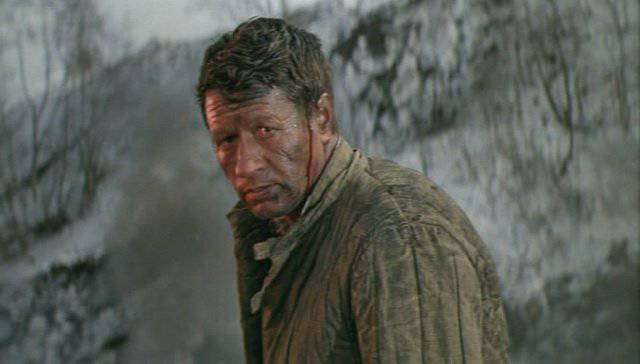 After removing two very good pictures about the war, Leonid Bykov decides to change the subject and in 1978, he starts shooting a satirical fantasy film called “Alien”. The shooting of this film took place in difficult conditions for the director. To the picture once again began to find fault with the officials from the film industry. In addition, Leonid Bykov himself could no longer see how his colleagues were cursing before the authorities and the authorities, literally trampling each other in the dirt in the fight for trips abroad, apartments. Apparently for this reason, Leonid Bykov never joined the CPSU, although he was “strongly invited” there.

Leonid Bykov was tragically killed in a car accident at the age of 50. The accident occurred on the route "Moscow-Kiev" 11 April 1979. Leonid was returning from his cottage near Kiev in his car. In front of him on the road was an asphalt skating rink, which the actor decided to drive around, but when he tried to overtake, a lorry jumped out to meet him. In order to avoid a head-on collision, the Bulls turned the steering wheel to the side and collided with the roller at full speed. He was buried a famous actor and director at the Baikovo Cemetery in Kiev. Today, one of the boulevards of the capital of Ukraine bears his name, and in 1994, the International Astronomical Union assigned the name of the Bulls to one of the open minor planets.

In people, Leonid Bykov, above all, appreciated their “authenticity,” he did not tolerate duplicity and falsehood. His movie characters to this day attract the viewer with their spiritual purity, unspoiled inner world and some very bright attitude to life. Yes, it is, in general, not surprising, if we imagine for a moment that in the movies, the Bulls often played himself.

Ctrl Enter
Noticed a mistake Highlight text and press. Ctrl + Enter
We are
The legendary Valery ChkalovIn the sky - Chkalov. 110 Birth Anniversary
34 comments
Information
Dear reader, to leave comments on the publication, you must to register.