Barrels do not touch 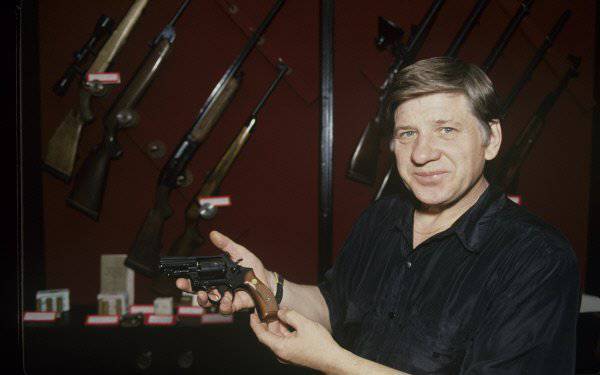 New amendments are proposed to the Federal Law "On Weapons", which regulates the number and legality of our citizens possession of hunting and sport trunks. And, exclusively rifled, which is popularly called "screws" or "vintaryami" - from the word "rifle".

The amendments were drafted by the Ministry of Internal Affairs of Russia and tightened the rules for the sale of these "screwyard". The bill has already been published on the website of the department for public examination.

It is a ban to acquire rifles to former felons.

What is important is not for everyone, but only for those who have a suspended or canceled conviction for committing grave and especially grave crimes "with the use of weapons or objects used as weapons."

In addition, according to the Press Center of the Ministry of Internal Affairs of Russia, the project prohibits the acquisition of weapons by those people who repeatedly committed an administrative offense threatening public order or security during the year.

Such a restriction will also affect those who violate the rules of hunting, persons found to be convicted of offenses related to the illicit trafficking of narcotic drugs, psychotropic substances or their analogues. According to the draft law, the list of sports, the occupation of which gives the right to purchase sports rifled firearms, is established according to the types included in the program of the Olympic Games.

However, according to analysts of the Ministry of Internal Affairs of Russia, the prepared amendments are not so much prohibitive as regulating the implementation of certain articles of the Law on Arms. The fact is that it is not easy to obtain official permission to acquire, carry and store any weapon. Especially - hunting with a rifled barrel. According to the existing rules, this requires at least five years to own a smooth-bore weapon and, of course, have a hunting ticket. After all, only self-defense rifled carbines, rifles, fittings are not purchased. And, before such permission is obtained, the division of licensing and permitting work of the local ATS will require a lot of certificates and documents from the applicant, including medical ones, to “punch” him through various databases and operational records. Negative information from a district police officer or a line from a police report about a drunken brawl can block access to weapons And even a criminal record, say, for robbery, is unlikely to allow its owner to buy even an old double-barrels in the commission. Another thing is that a person who intends to commit a crime will never bother with all these papers. The offender will acquire the barrel in the "black" market.

And among the athletes who are seriously engaged in shooting, there are hardly any repeat offenders or drug addicts. Therefore, the amendments are likely to be of a technical nature, clarifying the procedure for the work of the permit system and the registration of weapons.

Now our citizens have about 1,5 million of so-called two-pistols and over 5 of millions of long-barreled and rifled weapons. Our country is in ninth place in the world in terms of the armed population of the civilian population - in Russia, every tenth citizen officially owns something shooting.

Police statistics claim that the lion's share of the shootings comes from travmatiki. Moreover, more and more often from the traumatic weapon converted for firing by live ammunition, contract killings are committed. Unlike a registered hunting weapon. For example, in Moscow last year from a long-barreled civil "gun" they did not kill by order of a single person.

And this is quite logical: according to the number of the registered weapon, according to the information stored by the experts in the pool libraries, you can easily calculate the owner of the barrel. And even if he is not a particular killer, the thread will be pulled all the same. Detectives will begin to find out with whom the owner communicates, who was recently visiting, who knew about the weapon and where it is stored.

Another thing is that amendments to the law will drastically reduce the possibility of all sorts, including bloody accidents. Suppose that killers do not use hunting rifles and carbines, but they are often in the hands of various scumbags. Annually, police reports record dozens of cases of "household" firing. Either the neighbors shot each other off drunk, or the drug addict with a hunting carbine went to get a "dose", then the young people took the Saiga with them to their fights.

It used to happen when a drunk or smoked "shooter" opened fire from a window or balcony in a high-rise building in the center of the city. The bullets and the wolf canister flew in bystanders, passing cars and even in playgrounds. Tougher requirements for customers of trunks allow us to hope: the gangster who has served his time will not think to shoot people again.

Ctrl Enter
Noticed a mistake Highlight text and press. Ctrl + Enter
We are
"Army games 2015". Opening with our eyes. Reportage
15 comments
Information
Dear reader, to leave comments on the publication, you must to register.