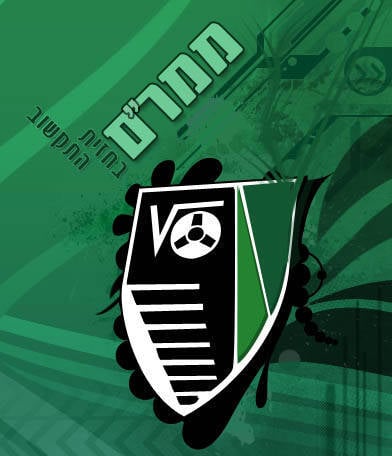 In March, 2010, the head of Israeli military intelligence, Major General Amos Yadlin, stated that the Jewish state is the world leader in cyber war. This was taken as a warning to the enemies of Israel: the Jewish state has unlimited possibilities to paralyze enemy infrastructures, such as the electricity grid, water supply, transportation, financial systems, and telecommunications control channels.


Behind this warning is the work of thousands of Israeli cyberwar soldiers, invisible to the world, whose excellence is literally forged in the military intelligence and communications forces of the IDF. The prestige of graduates of army computer schools is extremely high and enjoys international recognition - recruiters of the most famous Hi-Tech firms hunt for their graduates after demobilization.

In Israel, computer specialists are trained not only in universities, but also in the army. In army computer schools, recruiting soldiers recruit qualified hi-tech specialists who are able to compete on equal terms with graduates of technical universities. The prestige of graduates of army computer schools, among which the most famous are schools belonging to military intelligence and IDF troops, is extremely high and enjoys international recognition - recruiters of well-known companies hunt for their graduates after demobilization.

The Israeli army has a unique, unparalleled in the world, system of military computer schools in which future leading information technology specialists are trained from 18-summer recruits.
Anyone who is acquainted with the announcements about hiring for an Israeli Hi-Tech company will pay attention to the phrase with the requirements for the candidate: “a degree in computer disciplines or service in military intelligence technology units or MAMRAM”

The computer units of the Israeli army are real forts of personnel for civilian firms working in the field of high technologies .. It is believed that the professionalism of military computer scientists is not inferior to the level of training of graduates of the most prestigious universities, but by the ability and experience to successfully lead projects, break through new ideas and technologies To win in tough competition, Israeli military computer scientists have no equal.
The army literally forges such leaders and managers aimed at success in their technological divisions from yesterday's students who are called up for active military service. The cruellest selection of candidates, studying in an atmosphere of strict army discipline and demandingness, participation in real projects and instilling a sense of personal responsibility for the task entrusted - all these factors allow us to prepare future leading Hi-Tech specialists over the years of army service.

The first computer units in the IDF were created in 1959 year. Then, on the orders of the chief of staff, the 8200 division was formed as part of military intelligence (commander - Colonel Avraham Aloni) and the Computer Aids Center (abbreviation in Hebrew - MAMRAM), whose first commander was Colonel Mordechai Kikoin. Later, computer units were created in all genera and types of troops. The officers and soldiers of these units perform multifaceted work on the computerization of all levels of command and control, the collection and processing of information, the development of systems for various purposes. Thanks to their many years of efforts, the IDF is now one of the most computerized armies in the world.

Army computer units did not arise out of scratch - they were preceded by a number of achievements by Israeli engineers and programmers in the creation of computer hardware and software products. The development of Israeli computer technology has more than half a century history.

Perhaps the starting point is the creation of a computer department in the Ministry of Finance. This happened in 1951 year. On the basis of this department, the state computer company Malam was founded, which marked the beginning of the production of software products in Israel.

A great achievement was the creation in 1954 by scientists of the Institute. Weizmann in Rehovot is one of the world's first digital computers, called WEIZAC. Over the years, Israel has become a world superpower in high technology, and this fact directly affects the technical equipment of the IDF.

The introduction of computer technology in the army was not an easy process. Now it’s ridiculous to remember, but when army computer units were created, the famous Israeli journalist Uri Avnery, who was extremely left-wing, broke out with an article in which he sharply criticized the government for allegedly meaningless squandering of budget funds for dubious military projects ...

The school of computer units of the IDF became world famous. They are trained 18-year-old recruits. It is believed that these schools have the toughest system in the world of training computer scientists, in no way inferior to the intensity and intensity of study of the famous schools of the Israeli special forces. The right to study in the schools of computer units is won in a tense struggle. The army selects only the best of the best - out of ten recruits in the process of acceptance tests, nine are eliminated.

Those lucky ones who succeed in successfully passing acceptance tests are awaited by the initial 6 month-long training course in which training in computer disciplines is combined with the combat training of a recruit soldier. The term of the military service is 36 months. Then, the most promising soldiers may be asked to continue their military service. In this case, a long-term contract is signed.

During these years, the soldier combines intensive training with participation in projects based on the most advanced technologies. And while computer soldiers do not have to make 70-kilometer full-blown marches, as their peers from combat units, they are waited for by no less intense work in army computer centers.

Training computer platoons are trained in the same style as reconnaissance and sabotage units - each soldier knows that only the best will manage to complete the whole course and enter the computer elite. Those who are not able to withstand this constant tension and fierce competition, will be expelled from school. A school graduate acquires in the process of study not only deep professional knowledge and experience of participating in the most relevant projects, but also leadership qualities and a strong army mentality. Graduates of military computer schools are demobilized from the army with the firm conviction that for them there are no insurmountable obstacles.

By demobilization, graduates of the IDF schools also have experience in project management in the most advanced technologies. Such peers who have graduated from civilian universities do not have this kind of experience, and therefore the recruiters of leading corporations literally hunt for graduates of computer schools from the IDF.

Many of them have made a brilliant career in well-known computer companies and have themselves become creators and developers of new computer tools and software products that successfully compete in world markets.

MAMRAM graduate Gil Swede discharged from the army in 1992 and created Check Point Software Technologies, the company now worth 1.8 billion dollars. This company has developed a software product such as Firewall, which made a real revolution in the protection of computer systems against unauthorized intrusions.

The story of Mirabilis, created in 1996 by graduates of MAMRAM Arik Vardi, Yair Goldfinger, Safi Viziger and Amnon Amir after demobilization from the army, is indicative. The messaging program developed by this company via Inter-No ICQ instantly gained popularity all over the world and brought hundreds of millions of dollars to its creators.

Yossi Vardi, who founded the first Israeli computer start-up in 1969, believes that "army computer units have produced much more Hi-Tech millionaires than any of the business schools."

Haaretz said recently that army computer units are "extremely important for the Israeli economy," because the innovators who led the Hi-Tech industry of the Jewish state to world leaders emerged from them.

Graduates of computer schools of the IDF occupy leading positions in Hi-Tech firms around the world. They are now largely determine the main directions of development of information technology.