Carriers and money: the opinion of G. Hendrix

March 26 2013
126
Above the military of the United States still hangs "Damocles sword" of funding cuts. According to the plans of the presidential administration and Congress, the Pentagon must reduce its spending by at least 500 billions over the next ten years. For military officials who are accustomed to the constant growth of defense spending and in some cases simply forgot how to save, such plans of the country's leadership have only one consequence - a serious debate and a search for articles that can be used to reduce costs. 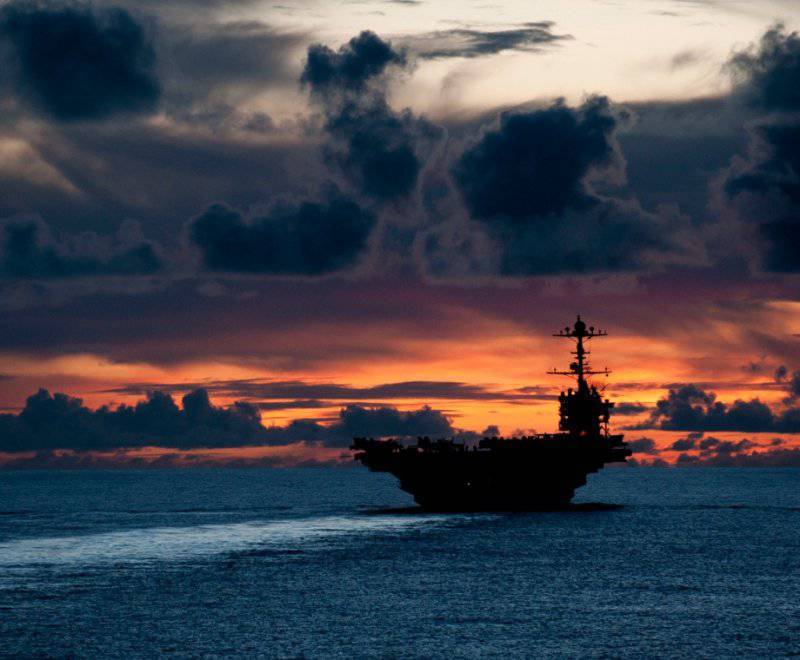 For several days, Henry Hendrix, a military expert and retired US Navy officer, once again spoke about possible ways of saving. In general, in his new article "What is an aircraft carrier worth?" he did not express any new arguments that had not previously been voiced by him. However, the proposed reduction technique naval the cost looks interesting enough and worthy of consideration. Hendrix's criticism, as before, was the current concept for the development of the American aircraft carrier fleet. In its current state, in his opinion, it cannot fully ensure the fulfillment of all current and possible in the future tasks, therefore it must be revised and adjusted.

Remembering almost a century history US Navy aircraft carriers, Hendricks moves on to the main question: the cost of existing and promising ships of this class. Carriers in this case are considered as part of the carrier strike group (AUG). According to analysts, the contents of the AUG, which includes one aircraft carrier, five cruisers and destroyers, a multipurpose nuclear submarine, about 80 units aviation technology and at least 6700 people, the Pentagon costs a very large figure - about six and a half million dollars a day. Since December 1, last 2012, when the USS Enterprise aircraft carrier was expelled from the Navy, the United States has ten such ACGs. About 65 million daily are spent on their maintenance and operation.

Currently, the lead aircraft carrier project Gerald R. Ford is under construction. Its delivery to the fleet will take place no earlier than 2015 of the year, and by that time the total cost of construction, according to plans, will reach 13,5 billions of dollars. Hendrix is ​​considering alternative options for completing the fleet with equipment with a lower cost. So, he cites figures on the possible purchase of destroyers. With the current financial situation, up to five ships of this type can be purchased on 10 billions, which are fully capable of performing a number of tasks currently assigned to aircraft carriers. In this case, the operation of all five destroyers will cost no more than two million per day. Even more financially efficient is the replacement of aircraft carriers with littoral ships of new projects. In this case, ten units of equipment will be available for five billion, and their operation will cost less than a half million daily. With such replacements, it is worth noting that there is a serious change in the appearance of the ship group, so it is necessary to calculate in advance all its pros and cons. 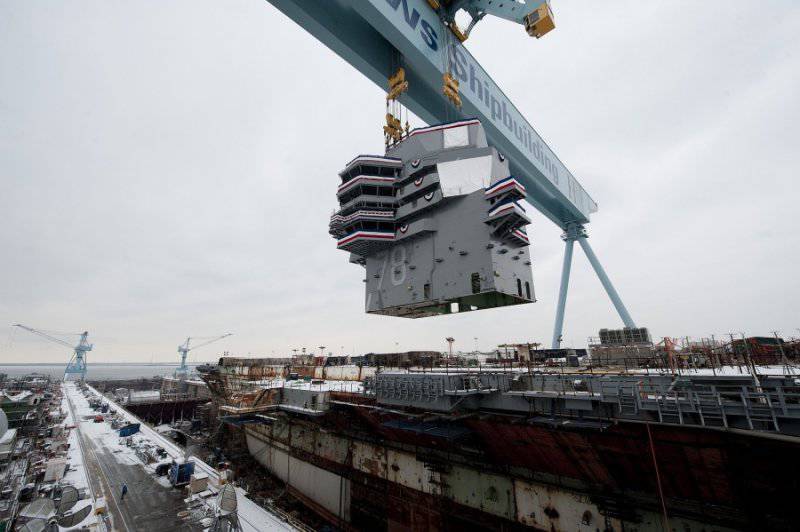 Hendrix also compares the cost of existing ships and the construction of "Gerald R. Ford." The last of the Nimitz class aircraft carriers cost the American taxpayers about seven billion dollars. The new ship will cost almost twice as much. However, it does not have a significant superiority over the existing ships in a number of parameters. According to the analyst, the newest electromagnetic catapult of the aircraft carrier Gerald R. Ford will make about 160 sorties a day. The Nimitsev steam catapult provides only 120 departures per day. Thus, with an almost two-fold increase in price, the new aircraft carrier will be able to work only on 30% more actively. The increase in combat potential while still remain the responsibility of the aircraft. According to Hendrix, even with all the current trends in savings on the operation of various systems, it will not be possible to achieve an acceptable balance between price and performance improvement.

Having finished with the price of the ships themselves, the analyst moved to their main arms - Aircraft F / A-18. The price of each of them is approximately equal to 50 millions of dollars. Over the years of service, at least 60 million is spent on fuel, maintenance, repair and armament for these aircraft. In addition, several million are spent on training pilots, etc. things. Thus, the full cost of the F / A-18 aircraft, taking into account both its own price and operating costs, reaches the level of about 120 million. According to official data from the US Navy Command, in the past ten years, deck aircraft have used 16000 bombs and missiles of various types. Given the total number of aircraft in the naval forces, it turns out that every single F / A-18 delivered to the target all 16 missiles or bombs. By a simple calculation, Hendrix comes to the conclusion that dropping each unit of ammunition cost the Pentagon 7,5 millions of dollars.

For comparison with extremely expensive bombs and rockets, the analyst led the Tomahawk family of rockets. One such ammunition costs only about two million dollars. In this case, one cruise missile of the family, launched from a ship or submarine, gives the same results as several aircraft missiles. In other words, the use of Tomahawk missiles is actually much cheaper than flying deck-based aircraft with guided weapons. It must be admitted that at present the methods of using aircraft missiles and Tomahawks are significantly different, so for the time being such calculations and comparisons should be considered only an interesting feature of modern weapons of the US Navy.

In addition to the financial problems characteristic of the current path of development of American aircraft carriers, G. Hendrix cites the controversial situation with the main armament as an example. Perhaps the biggest problem of the Ford under construction was illustrated with just one diagram. It clearly shows how much the radius of action of the Chinese anti-ship missiles DF-21D is larger than the radius of flight without refueling the carrier-based fighter F-35C. Thus, new aircraft carriers with fighter-bombers, on which high hopes are now placed, with modern capabilities, approaching the area of ​​operation, may be hit by enemy anti-ship missiles. The situation with the Chinese DF-21D missiles looks even worse if we take into account the financial side of things. According to Hendrix, one such anti-ship missile costs about 11 million dollars. Accordingly, for an amount equivalent to the cost of Gerald R. Ford, China will be able to assemble more 1200 missiles. Such a balance of power does not bode well.

The expert sees the development of unmanned aircraft systems as a way out of this situation. Since in such aircraft instead of a man-pilot there will be a set of certain communications and control equipment, their design will be simplified and, as a result, the price and cost of operation will decrease. Also expect a significant increase in combat qualities in comparison with existing aircraft. In addition, aircraft carriers will be able to take on a larger number of drones than in the case of manned aircraft. As a result, UAVs at the moment, according to Hendrix, are the most convenient and promising option for arming new aircraft carriers. 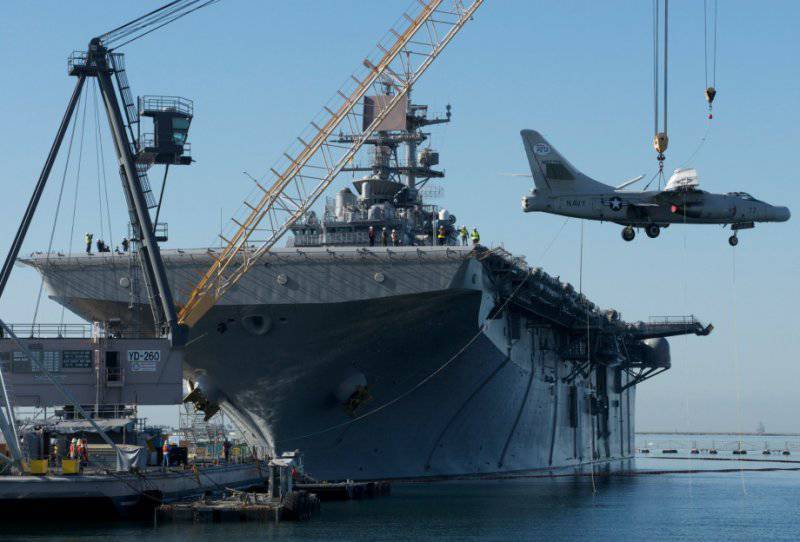 In addition, Hendricks considers the idea of ​​replacing aircraft carriers with cruisers and destroyers with high-precision weapons to be promising. In some cases, they will have much greater opportunities in comparison with aircraft carriers, and some shortcomings can turn a blind eye due to the economic aspects of the construction and operation of a particular class of ships. Rockets like the Tomahawk family can also be used on submarines. Currently, the United States has several dozens of multi-purpose nuclear submarines of the types Los Angeles, Seawolf, Virginia and Ohio, each of which is capable of carrying a certain number of cruise and anti-ship missiles. All of them have a characteristic advantage over any surface ship: stealth. The submarine can quietly enter the area of ​​attack and launch missiles at intended targets. However, it most likely will not attract undue attention, unlike the carrier-based strike group.

Henry Hendrix concludes his article with a logical conclusion that follows from all the facts presented. The US Navy has always tried to implement new solutions as quickly as possible. However, in the light of recent trends, new actions are required. The defense budget will continue to decline in the coming years, so the naval forces and the Pentagon need to look for a new course of development in order to maintain both combat capability and money. This course, according to the analyst, should not be grounded in the form of the current Pentagon’s views on the future of the aircraft carrier fleet.


Article by G. Hendrix: At What Cost a Carrier?

Ctrl Enter
Noticed a mistake Highlight text and press. Ctrl + Enter
We are
CNN: US aircraft carriers may become ineffectiveAdmiral Gorshkov aircraft carriers
126 comments
Information
Dear reader, to leave comments on the publication, you must to register.