Vagit Alekperov in an interview with RT: The United States did not commit the "shale revolution" 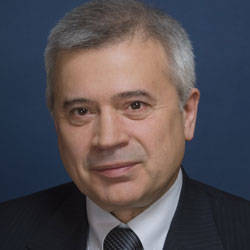 Shale gas and oil reserves are available not only in the USA, but also in Russia. However, their large-scale development is not yet possible for a number of objective reasons. Vagit Alekperov, President of Lukoil, spoke about the current situation of the Russian oil industry and the prospects for using new technologies in an exclusive interview with RT.


According to Vagit Alekperov, the expression “shale revolution” replicated by the media and the representation of the United States as a “pioneer” in this area is incorrect. The fact that oil shale is saturated with hydrocarbon has long been known.

“Everyone knew about it, many used it for industrial purposes. In particular, in Russia there is a city of Slate in the Leningrad Region near St. Petersburg, where schist has been mined historically. Hydrocarbon-based lubricants were made from it, ”said the head of Lukoil. Therefore, in a historical context, it is fair to talk about the “technological revolution” that America has accomplished in this area.

Shale gas reserves are also available in other countries, but the development of such deposits will be accompanied by many problems, both technological and territorial. In particular, it will be necessary to decide the fate of the population living in areas where shale is located. If we consider the situation from such a position, then the infrastructure built by the USA, the existing potential of services and engineering ensure the leading positions of American companies.

Vagit Alekperov noted that the company "Lukoil" has already studied this experience and successfully conducts work at fields similar to shale deposits. “These technologies are currently used in Russia. We are confident that in the future such fields as the Bazhenov formation will be developed using shale oil and gas extraction technologies. ”

It’s too early to say when such deposits will be put into development. Solving such issues is the prerogative of the Russian government and the president. But the exploration and accounting of all Russian oil and gas reserves must be conducted now, Alekperov said.

“Unfortunately, the law, which is in force in the territory of the Russian Federation, today does not allow private and foreign companies to actively invest in geological exploration in the Arctic seas. This is connected with a number of issues, including the ecology and defense of the country, the president of Lukoil said in an interview with RT. - But we believe that the law should still be adjusted. And private companies, Russian legal entities should be allowed to conduct geological exploration on the Arctic shelf. And when the field is to be put into development, the state would decide. ”

Development of fields in Iraq

Meanwhile, the company is implementing promising projects abroad. One of them is the largest West Qurna-2 field in Iraq. It can be put into operation at the end of the current year or at the beginning of the next. A number of companies are showing interest in this project and are offering Lukoil a partnership, but so far there have been no good and effective proposals.

The company has completed the most difficult period of preparation ZK-2. Completed the formation of teams, security systems, selection of contractors. Passed and all the necessary registration procedures.

On the whole, the situation in the area of ​​LC-2 and in the south of Iraq is stable and there have been no excesses with the employees of the Russian company. "For the first time in history In Iraq, the government of the republic allocated funds and paid the real value to the villagers from whom land was withdrawn for technological facilities for the development of the ZK-2 field, ”said Alekperov. In addition, Lukoil implements social programs for the local population. So, about 100 young people among them are studying for free in Russian universities.

According to Alekperov, Iraq has large gas reserves, but the field is still only at the initial stage of development. Iraqi gas, which can go to Europe through Turkey, can affect Russia's position, but this is only possible in the long term. He believes that “the infrastructure that Gazprom has created over the decades of gas supply to the European market, and a flexible pricing policy will allow the company to maintain its gas market in Europe.”

As for world oil prices in 2013, they, according to the expectations of the President of Lukoil, will remain within $ 110- $ 120. This will satisfy both producers and consumers.

Ctrl Enter
Noticed a mistake Highlight text and press. Ctrl + Enter
We are
Shale gas perspectives: myths and realityCan the Slate Revolution damage Russia's defense
25 comments
Information
Dear reader, to leave comments on the publication, you must to register.