March 25 2013
37
The company Alliance Armament is little known to the domestic man, but in its homeland in the USA, this company has already made its way up and, as they say, is now afloat. The main direction in which this company operates is the AK, AR tuning and, more recently, the Saiga gun file development. And now the company has grown to release its own weapons, namely the shop self-loading smooth-bore gun 12-caliber under the name of Origin-12. From the first look at this sample comes an understanding of what exactly formed its basis. Let's try to figure out what exactly is this gun. 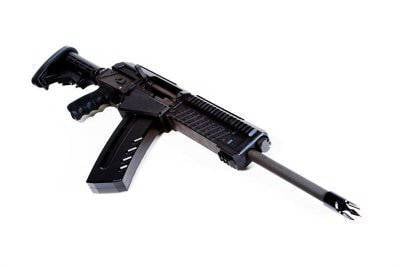 Let's start with the look of the weapon. First of all, a flame arrester catches the eye, or rather, it is not even a flame arrester, but rather a nozzle on the barrel for the opportunity to poke into the enemy and slightly scratch it. Naturally, the weapon did not go without a heap of attachment bars. So, on the forearm there is immediately an 4 mounting bracket, 3 of which are full-fledged and one, from the bottom, short, even very short. Another mount bracket is located on the receiver cover (this is a hint). Open sights removable, can be of various types. Butt arms folding, and in the version with a short barrel fixed, apparently due to some restrictions on the minimum length of the weapon. The switch fuse is made with a small detail on the receiver on the left side. The handle is rubberized, with grooves under the fingers of your hand, it looks quite comfortable, but the angle of tilt is very familiar, and the rubber does not hide contours. The device is fed from detachable box stores, which are ideally suited to the Saiga 12-caliber, as well as vice versa. Automatic weapons built according to the scheme with the removal of powder gases from the barrel, however, in any other way, this time we omit. 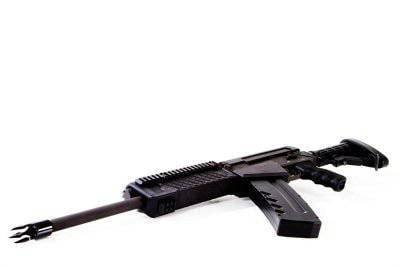 In general, I will not beat around the bush, in my opinion, this is stupid Saiga. Let it be strong, very much toned up, but still Saiga. It seems like there is a reason to be worried, if we have not gathered to take away a piece of the market, but if you look at the price, you can breathe a sigh of relief. The device is worth as much as 2600 and not at all rubles. Additional shop to the weapon will cost 55 dollars. It is interesting that the price is the same for any version of the weapon, both with a short barrel and with a long one. And this is the price for the basic package, apparently, the "full stuffing" will pull on the 4, and even on the 5 thousands of dollars.

It is interesting now in this moment only one thing, whether they will buy weapons, and whether it is worth giving a weapon permit to those people who are going to buy this gun, because, in my opinion, such a person clearly has deviations or is simply blind. I don’t argue that a weapon can be created completely from scratch, it can be really made with the highest quality, but, it seems like, and domestic products are not exported to the poor quality, not like what is sold in the homeland. By the way, I wonder where the lawyers of our largest producer of weapons are looking, because there is already a clear plagiarism in its purest form.

In general, here is such a small note about the “new” weapon. I look forward to commenting. Who thinks about this? Maybe I missed something, but it seems to me that the citizens are being pumped out stupidly for products that could be bought and lower price. Although it is better than selling an ordinary pistol with the weight and dimensions of a submachine gun, and when a classic design pistol is much more expensive to manufacture, as was the case with gun in the body of software AP9. 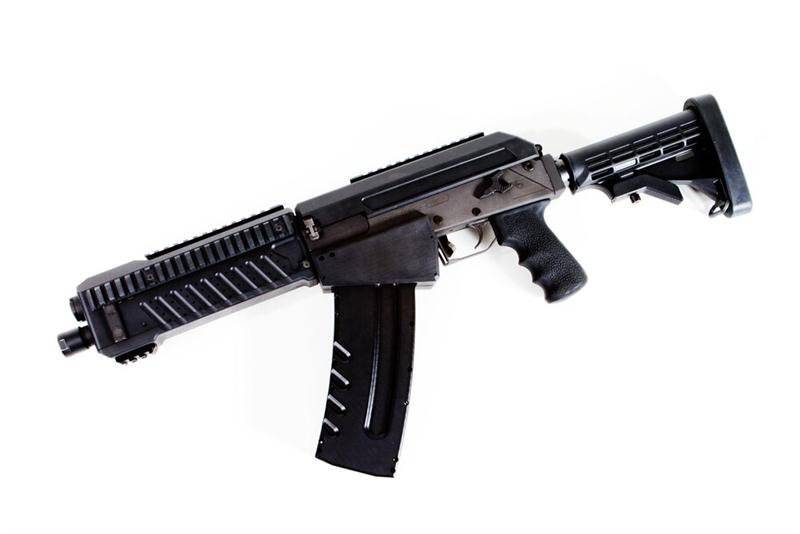 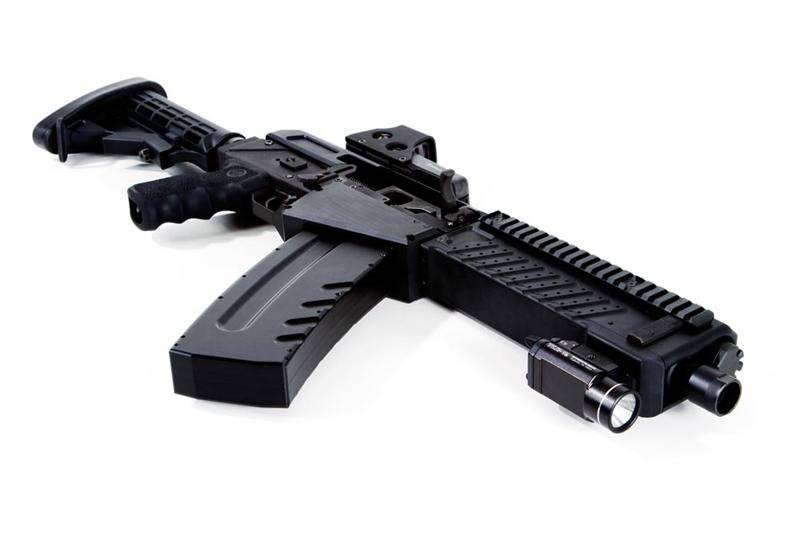