The history of the formation of domestic anti-aircraft missile forces


By the end of the 20th century, it was an anti-aircraft missile weapon became one of the most important weapons, which significantly affects the outcome of hostilities. The use of this type of weapon has led to a revision of the concept of "air supremacy." Even with an overwhelming superiority in the number of air attack weapons, the enemy cannot use his Aviation on ground objects. Massively air defense systems began to be used only in the final third of the last century, although the first developments in this area during the Second World War were still carried out by the Germans. After the war, the fruits of engineering of German designers fell into the hands of the Allies.

At the end of the 1940s, the potential opponents of the USSR were armed with atomic weapon carriers - intercontinental strategic bombers, who could penetrate the territory of the USSR and reach Moscow. Taking into account the threat of a nuclear attack by the United States, Joseph Stalin personally outlined the task of developing Moscow’s defense in the shortest possible time. To solve this difficult task 9 August 1950, the Design Bureau No. 1 (KB-1) was tasked with creating a Berkut anti-aircraft guided missile system or 25 system, later C-25. From that day, KB-1 began to expand its staff, replenishing itself with the best specialists, graduates of military academies and institutes in Moscow, Leningrad and other cities of the country. 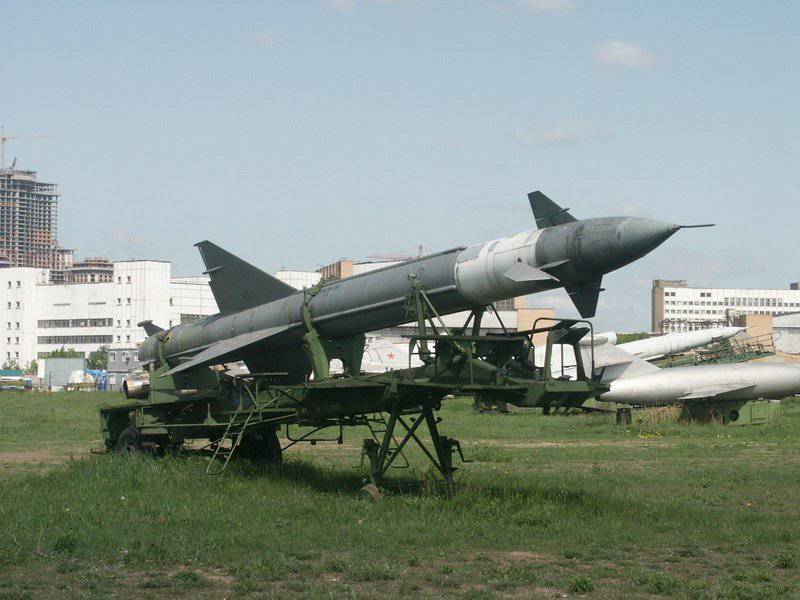 Missile complex C-25
Taking into account the threat of massed air strikes, the multi-channel capability of the C-25 complex was implemented - the ability of each air defense missile system to simultaneously fire up aircraft to 20. The range of the complex made it possible to hit air targets at an altitude from 3-5 km to the practical ceiling of all the enemy aircraft currently in service. At the same time, the C-25 system was stationary, and its deployment around Moscow required substantial costs, which were associated with the implementation of an enormous amount of construction work. At the same time, when developing the C-25 “Berkut”, for the first time, such important and very complex tasks as the creation of a complex multicomponent system were solved, it was also possible to form a cooperation of design institutes and manufacturers within the country.

The general construction of the Moscow air defense system was as follows: all-around radars, including those relegated to long-range boundaries, for detecting flying planes; 2 rings sector multi-channel air defense missile complexes, remote from the city on 50 km (24 ZRK) and on 90 km (32 ZRK). The structure of each complex included anti-aircraft missiles and guidance radars. Control of the air defense system of the capital was provided by 4 sector command posts and one central one. The preparation of missiles for combat use, as well as their storage was monitored by special technical bases.

In front of each of the guidance radars at a distance in the 1,2-4 kilometer there was a 60 launch pad (for 3-x missiles on each target firing channel). The C-25 missiles launched vertically upwards, deviating from the radar in the direction of targets, the missiles were automatically captured by the radar for tracking, and then guidance commands were transmitted to them. The tests of the C-25 SAM system at the Kapustin Yar launch site began in September of 1952, and on November 2, the successful launch of the B-300 rocket against a fixed target took place. 25 April 1953 was launched on a target plane flying at an altitude of 7000 meters, the plane was shot down. It is 25 of April that 1953 of the year can be considered the birthday of a new type of air defense weaponry, which was able to effectively fight enemy planes day and night, in all weather conditions. 7 May 1955 of the year less than 5 years after the start of development, the Moscow air defense system, incorporating the C-25 air defense system, was put into service. 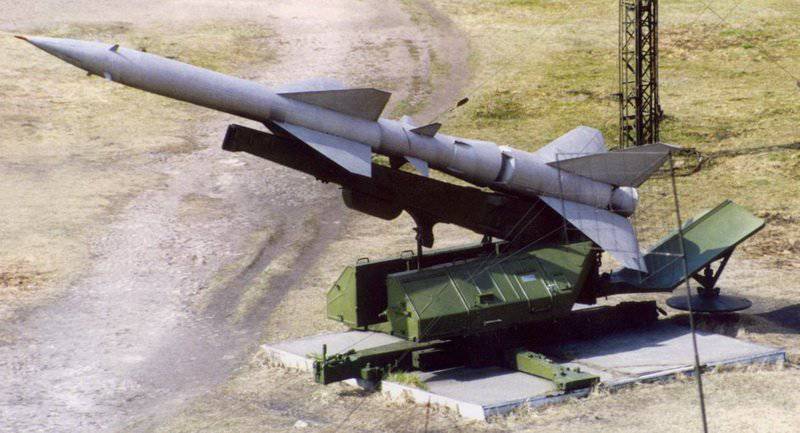 S-75
At the same time, progress did not stand still, and the military demanded the development of a mobile air defense system. Such a complex was the famous C-75 (the years of the creation of 1953-1957). To reduce the cost of the complex and its mobility, developers had to abandon the multi-channel for the target. At the same time, the B-750 anti-aircraft missile of the C-75 anti-aircraft complex, with almost half the mass, was almost as good as the C-300 complex's B-25 rocket. For many decades, the C-75 air defense system remained the basis of domestic air defense, the complex was repeatedly upgraded, exported and widely used in local military conflicts of its time.

The S-75 air defense missile system was the first of the Russian air defense missile systems to undergo real combat tests. 1 May 1960 of the B-750 rocket over Sverdlovsk managed to shoot down the high-altitude American spy plane U-2. In addition, C-75 was very successfully used during the Vietnam War. Here, in the period from 1965 to 1973, about 2,5 thousands of enemy aircraft were shot down using this complex. The complex proved its high efficiency during numerous Middle Eastern conflicts.

Unlike its predecessor, the C-75 air defense system was the first mobile system that could begin to repel a massive air raid from a march in a few hours. In terms of its tactical and technical characteristics, the C-75 was ahead of many anti-aircraft complexes of its time. Even today, after almost 60 years since the start of work on the ZRK-75 project, its various upgraded versions are in service with a number of countries. 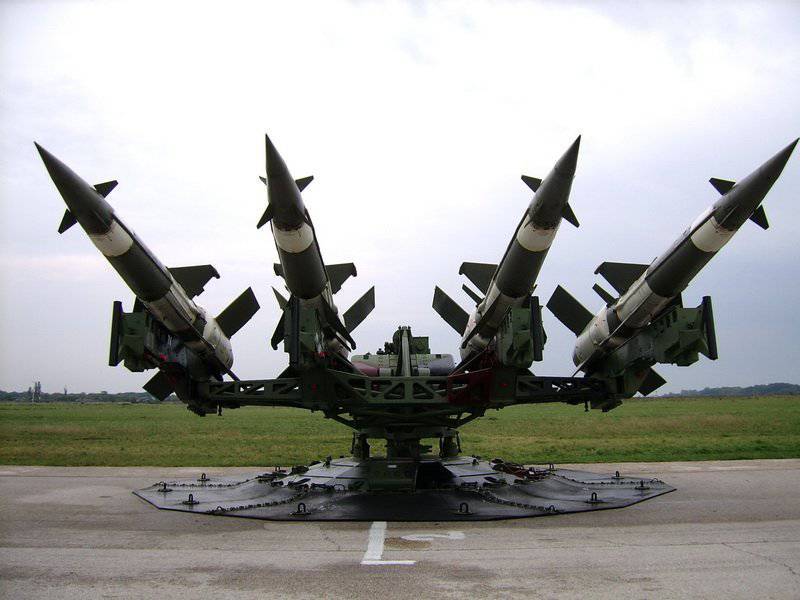 S-125
In the USSR, 1956-1961, work was carried out to create a complex that would be able to provide highly effective missile cover for various objects from low-flying air attack weapons. The result of this work was the creation of low-altitude missile defense system C-125. For the first time, the rocket of this complex was equipped with only solid-fuel engines at both stages, which greatly simplified the operation of the entire complex as a whole. Like the C-75 complex, the C-125 SAM system lived a long life, being actively exploited both in the USSR and abroad, he, like its predecessor, managed to take part in many local conflicts. At the same time, due to the operational advantages, the complex had a large modernization potential compared to C-75. To this day, both in Russia and abroad, work is underway to improve this complex, including the creation of its highly mobile options.

The S-125 SAM system was designed to combat enemy aircraft at altitudes from 100 to 5000 meters at a distance of up to 12 km, flying at speeds up to 1500 km / h. The complex was developed taking into account ensuring the mobility of all components - launchers, attached hardware, radar reconnaissance, communications and control. All of these elements were originally developed either on the automobile base, or using the possibility of transporting them in the form of trailers with the help of automobile tractors on the roads, as well as by air, rail and sea transport. Over time, the indicators of the air defense system were significantly increased, so the minimum height of the destruction of air targets was brought to 20 meters, and the maximum to 20 km.

In the middle of the 50-s of the XX century in the USSR, there was a need to develop long-range air defense systems that would allow for deploying a limited number of complexes to cover large areas of the country and build layered defense of the most important industrial and military facilities. The development of the C-200 system in the USSR began in the year 1958. Involvement in the development of the already formed cooperation of the experienced creators of the C-75 and C-125 SAM systems made it possible to successfully implement the project for the 1967 year. 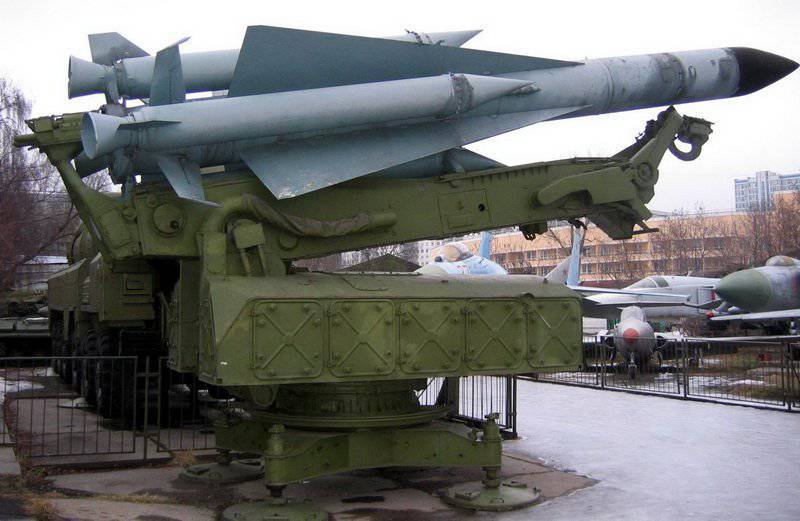 S-200
Taking into account the inevitable reduction in the accuracy of the radio command of targeting the missile to the target as the distance to the target increases, a semi-active radio command command on the target, which was irradiated by ground radar, was implemented on the C-200A Angara missile. In the interests of preserving the secrecy regime, the most perfect and powerful means of air defense was deployed for a long time only in our country, the first deliveries of the C-200 complex abroad began only in the 1980-s.

In total, 1950 launchers of the C-200 complex were deployed in the USSR. During its existence, this complex is often modernized. So in the 1970 year, the C-200В Vega complex entered service, and in the 1975 year, the C-200D Dubna. During the modernization of the complex, it was possible to significantly increase the firing range (from 150 to 300 km) and the altitude of the target (from 20 to 41 km). In Russia, C-200 complexes were part of anti-aircraft missile regiments or brigades of mixed composition, including, in addition, divisions armed with C-125, as well as means for directly covering C-60 or ZU-23.

The main weapon of the C-200 complex was a two-stage guided missile. Its first stage included the 4 solid fuel accelerator. The march stage was equipped with a fluid two-component rocket engine. The warhead of the missile was high-explosive. At the same time, there were also missiles with a nuclear warhead intended to defeat group air targets. The rocket was equipped with a semi-active homing head on the target. The warhead of the rocket consisted of two flattened hemispheres with a diameter of about 80 cm., Which contained 80 kg. explosive - in the amount of about 37 thousand steel balls with a diameter of 6 and 8 mm. The missile was undermined when the target hit the active radio-fuse trigger zone (removal - a few tens of meters, an angle of approximately 60 degrees to the axis of the missile’s flight). The probability of hitting a target with the very first missile was estimated at 80%, but the queue was usually launched from 2-x, and in conditions of EW and from 3-x missiles. The probability of destroying an 2 air target with missiles was already more than 96%. 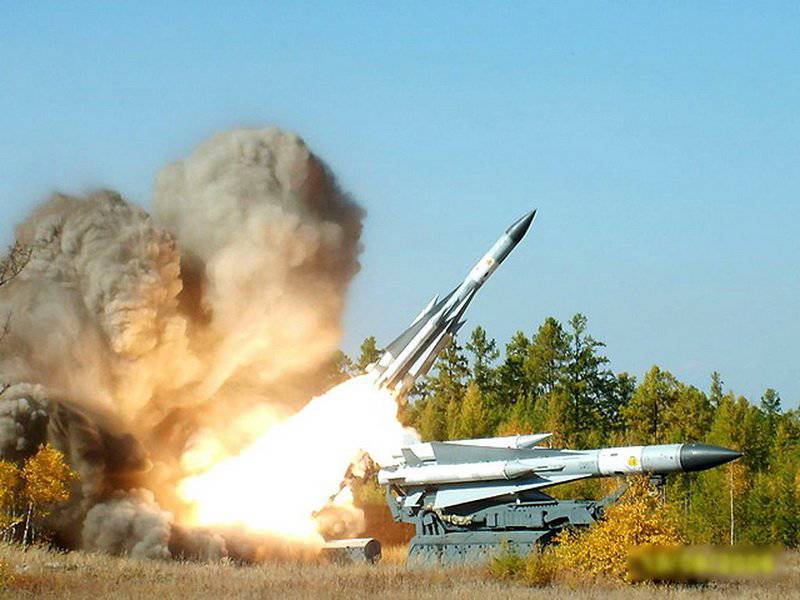 The launch of the C-200
Along with the unique characteristics of the height and range of destruction, as well as advanced applications in a difficult jamming environment, the C-200 SAM system was distinguished by its large size and, consequently, limited mobility. The operation of the complex was also complicated by the use of liquid fuel at the mid-flight stage. Therefore, having completed the important task of providing cover for the vast expanses of the USSR, with the creation of the new C-300 air defense system, which had a comparable range of damage, C-200, after 30 years of active operation, retired to history.

Ctrl Enter
Noticed oshЫbku Highlight text and press. Ctrl + Enter
We are
"Tunguska-M" and its marine counterpart "Dirk"Anti-aircraft missile geometry: "Tor-M2E"
6 comments
Information
Dear reader, to leave comments on the publication, you must to register.