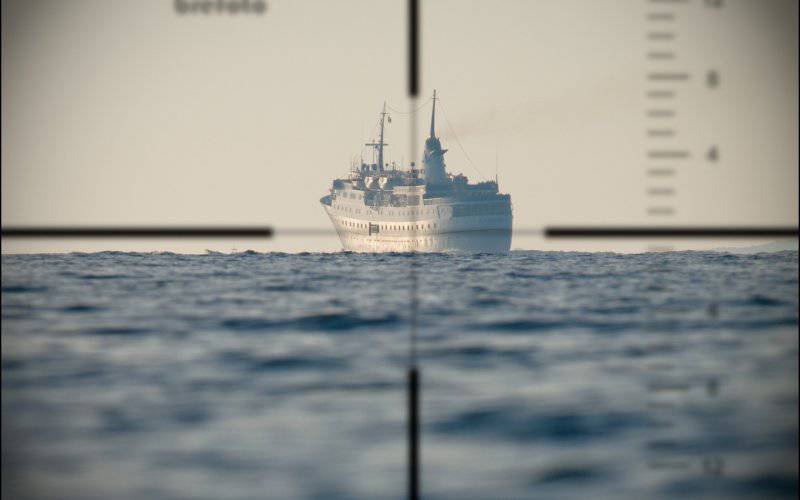 The ten largest victories of Soviet submariners have a rather gloomy tint:

As can be seen from the list, the odious "Wilhelm Gustloff", disputes about which have been going on for decades, was not the first and far from the last ship in stories greatest disasters of the sea. The 10 places exactly ten places, but the list goes on and on: for example, the honorable 11 is occupied by the German transport Zonniewick - October 8 1944, a torpedo salvo from the U-310 submarine killed the people of East Prussia (mostly evacuated population of East Prussia) . 448 place - transport “Göttingen” (sunk 12 February 23 of the year, again several hundred dead refugees) ...
Needless to say, success is simply terrible. How to classify these "atrocities of the Soviet submariners"? Are these war crimes or tragic mistakes unavoidable in any war?

The first categorical opinion: this is a lie of Western propaganda. The Soviet Navy is pure as a tear, and everything that hurts honor fleet must be classified in archives for a period up to 2145.

The second opinion is more tactful: were the dead Germans? So they should!

Of course, the Soviet people have many reasons for deadly offense - every family has a relative who fell at the front or was tortured to death in German captivity. But the question arises: how then will “we” be different from “them”? “An eye for an eye will blind the whole world” (Mahatma Gandhi).

Someone will say that truth always lies in the middle. But this is a very naive and primitive idea of ​​truth! It can be shifted in one way or the other, which is why the truth is always so hard to find. 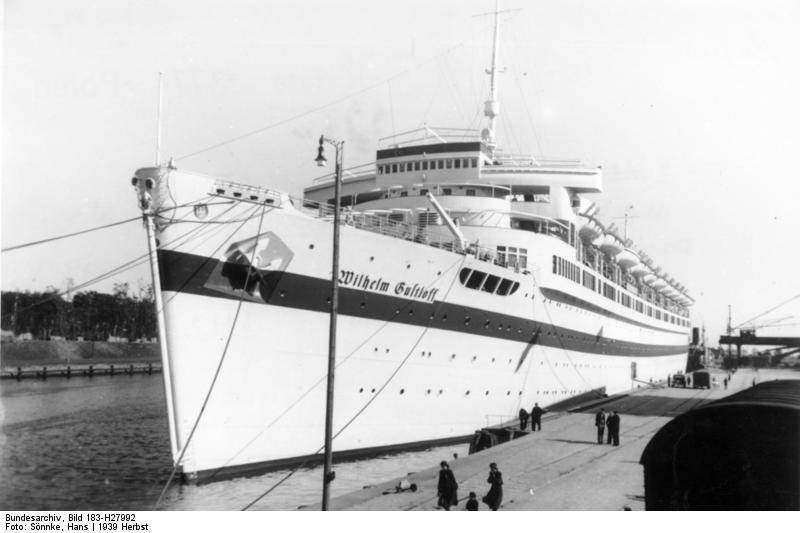 200-meter, ten-deck liner "Wilhelm Gustloff"
Life has long made a fair verdict for each of the maritime tragedies of World War II. Some of the circumstances can be blamed on submariners, in some cases there is every reason to put the blame on the victims themselves (not those innocent victims of the war, who, clutching children to their bosoms, went into the deep abyss, and those who traitorously foolishly planned an operation to evacuate refugees ). Of course, one thing - all this is a tragic concurrence of circumstances. Inevitability. The terrible costs of any war.

And if so, then you need to consider the problem in a broader sense. The list below does not intend to "praise" Soviet submariners, as well as "throw mud at" foreign sailors. Just statistics that directly confirm my thesis about the inevitable tragedies of any war.

The largest casualties of the Second World War:

2. Junyo-Maru (September 18 1944, American, British and Dutch prisoners of war 1500 died and 4200 Javanese workers in bamboo cages. Junyo-Maru is a scary trophy of the British submarine Tradewind);

4. "Cap Arkona" (3 May 1945 of the year, among the dead ≈5,5 thousand prisoners of concentration camps. The Royal Air Force of Great Britain distinguished itself in battle); 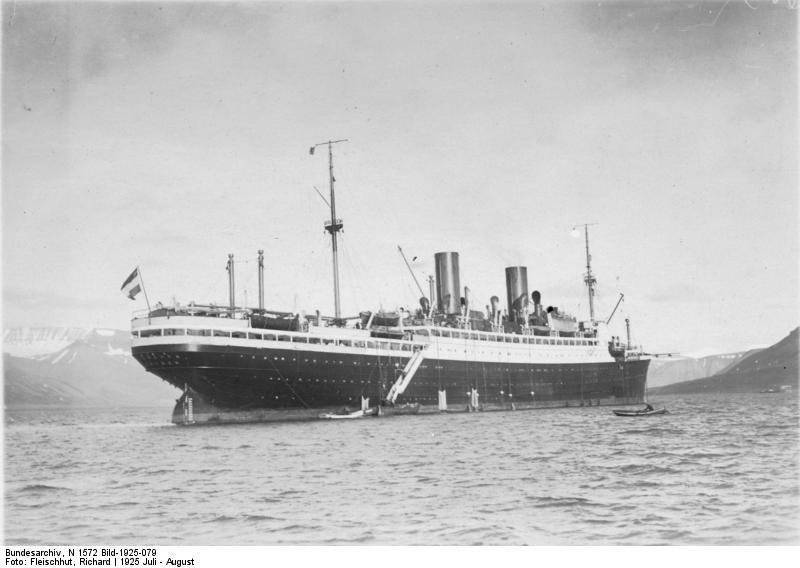 General von Steuben hospital ship. The second "trophy" of Alexander Marinesko
Everybody was wrong and always. Someone will sarcastically notice that the Goya, sunk by the Soviet submarine L-3, is still in the first place. What is there to argue? Soviet accomplishments were great, Soviet mistakes were monstrous. Otherwise, we do not know how to live.

The list of WWII sea catastrophes is not “ultimate truth”. The only thing we know for sure is the names of the ships and the date of their sinking. Occasionally - the exact coordinates of the drowning site. Everything. These data on the number of victims vary from source to source and, at best, reflect official figures that are very far from reality.
Thus, according to the number of victims, some researchers put Wilhelm Gustloff in the first place - according to survivors' memories, there could be more than 10 thousand people on board, while, according to various sources, only 1,5 to 2,5 thousands could be saved!

The greatest maritime tragedy — the sinking of the Goya transport — has generally remained outside the bounds of official history. This is easily explained: unlike the “Attack of the Century”, in which the ten-deck handsome liner “Wilhelm Gustloff” was sunk, in the case of the “Goya”, the Soviet submarine destroyed an ordinary freighter full of people. Among the passengers are wounded servicemen, Wehrmacht soldiers, but the main part are refugees from East Prussia. Escort - 2 minesweeper, another steamer and tug. "Goya" was not a hospital ship and did not carry the corresponding coloring. At night, at the exit from the Danzig Bay, the vessel was torpedoed by the Soviet submarine L-3 and after just 7 minutes sank. 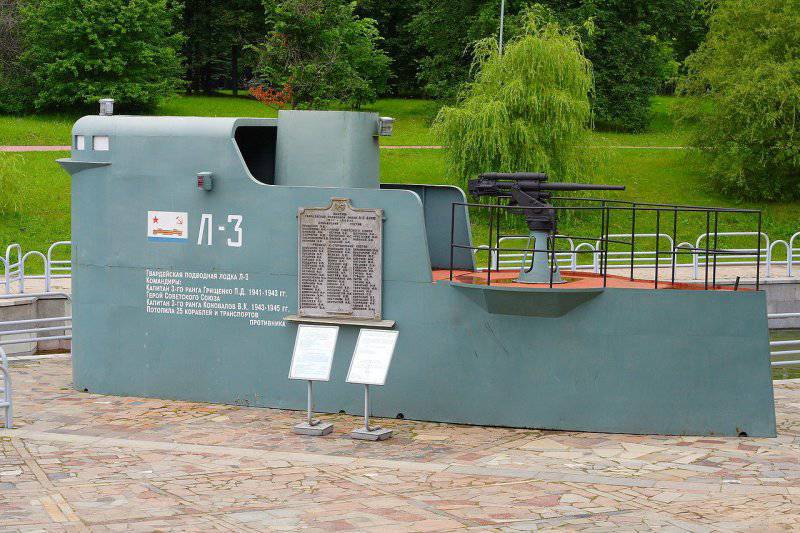 The cabin of the submarine L-3, sank the German transport "Goya". Exposition on Poklonnaya Hill, Moscow
Who is guilty? In fact - no one! L-3 had orders to sink German ships leaving Danzig. The Soviet submariners had no means of detection, except for the primitive periscope and sonar post. Using them, it was impossible to determine the nature of the cargo and the destination of the vessel. There is a German miscalculation in this story - evacuating thousands of people on a dry cargo ship in military camouflage, knowing that a couple of months ago, Wilhelm Gustloff and General von Steuben died under similar circumstances - the decision is rather dubious.

No less terrible events occurred in the Black Sea on November 7 1941 of the year - the German torpedo bomber He-111 sank the ship "Armenia". On board the Soviet vessel were the personnel and patients of the 23 evacuated hospitals, the staff of the Artek camp, and the members of the families of the party leadership of the Crimea — thousands of civilians and military personnel. Maritime history has not yet known such tragedies: the number of people killed in 5 times exceeded the number of victims of the Titanic disaster! According to official data, out of 5, thousands of people who found onboard “Armenia” managed to escape only eight. Modern historians are inclined to believe that official data were underreported in 1,5-2 times - “Armenia” may well claim to be “first place” in the list of the most terrible sea catastrophes. The exact location of the sinking of the ship is still unknown.

“Armenia”, “Gustloff”, “von Steuben” - from the official point of view, all of them were legal trophies. They did not carry identification marks of “hospital ships”, but they carried anti-aircraft artillery. On board were military experts and soldiers. On board the "Wilhelm Gustloff" there were 918 cadets of the 2 training submarine division (2. U-Boot-Lehrdivision). 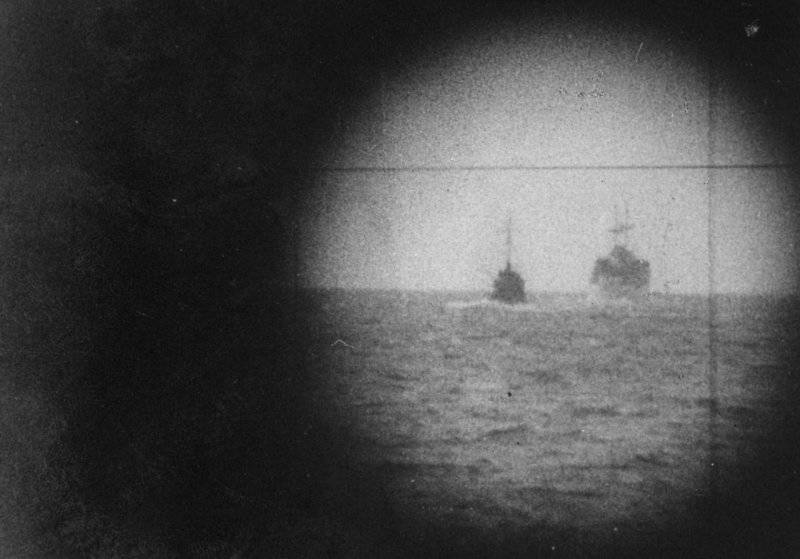 Historians and journalists are still arguing about the number of anti-aircraft guns on board the “von Steuben” or “Armenia,” disputes over “dozens of trained submarine crews” aboard the Gustloff do not subside. But the conclusion seems simple: Alexander Marinesko, like the crew of the German torpedo bomber He-111, did not care about such trifles. They did not see any clear evidence of the “hospital ship” - neither the special white color, nor the three red crosses on board. They saw a goal. They had an order to destroy enemy ships and ships - and they fulfilled their duty to the end. It would be better if they did not do it, but ... who could have known! As already mentioned, seamen and pilots did not have any means to determine the nature of the cargo. The tragic coincidence of circumstances, nothing more.

Submarine Shch-213, Black Sea Fleet. One of the main suspects in the sinking of the sloop "Struma"
Soviet sailors were not bloodthirsty murderers - after the sinking of the motor-sailing sloop "Strum" the commander of the U-213 submarine, Lieutenant Dmitry Denezhko, was in a depressed state. According to the recollections of the foreman of Nosov, Denezhko spent the whole night studying nautical charts and verifying the data - trying to convince himself that it was not his torpedo that cut off the life of 768 Jewish refugees. It is noteworthy that the remains of the "Strum" in the specified place were not found - there is a certain probability that the Soviet sailors really had nothing to do with that - the "Strum" was blown up by mines ...

As for the accidental sinking of the Japanese "ships of hell" - "Dzunyo-Maru" and "Toyama-Maru", here everything is very clear. The bastards from the Japanese General Staff used ordinary bulk carriers to transport thousands of prisoners of war and people from the occupied territories. No security measures were taken. People were often transported in bamboo cages, brought to certain death - the construction of strategic objects on the islands of the Pacific Ocean. Special vehicles did not differ from ordinary military transport ships - it is not surprising that they periodically became prey for American and British submariners. 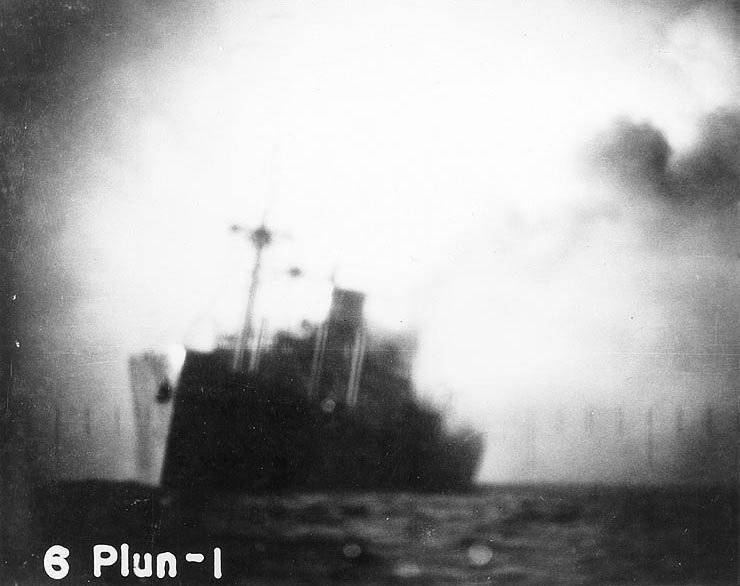 Under similar circumstances, the Soviet submarine M-118 sank the Salzburg transport, which transported more than 2 thousands of Soviet prisoners of war from Odessa to Constanta. The blame for these events lies entirely with the Japanese and German war criminals - those who foolishly planned the transportation of prisoners of war and did everything to kill people.

Sometimes the question is: what is the point of sinking three Japanese transports overloaded with refugees from South Sakhalin? The tragedy occurred on August 22 of the year 1945 and killed almost 1700 people. The Soviet submarine L-19 shot torpedoes "Tayto-Maru" and "Shinke Maru" directly in the port of Ruma on about. Hokkaido With that, before the official end of the war, 10 days remained, and since August 20, the process of surrender of the Japanese troops was going on. Why did you want meaningless bloodshed? The answer is only one - this is the bloody essence of war. I sincerely sympathize with the Japanese, but there is no one to judge - the underwater mine layer L-19 did not return from a military campaign.

But the worst was the sinking of the CapArkona liner. 3 May 1945, a vessel overloaded with thousands of concentration camp prisoners, was destroyed by valiant British aircraft in the port of Lübeck. According to the reports of the pilots, they clearly saw the white flags on the caps of Cap Arkona and the living mass of people in striped camp uniforms rushing around the deck in despair, but ... continued to shoot the burning ship in cold blood. Why? They had orders to destroy ships in the harbor of Lübeck. They are used to shoot at the enemy. The soulless mechanism of war was unstoppable. 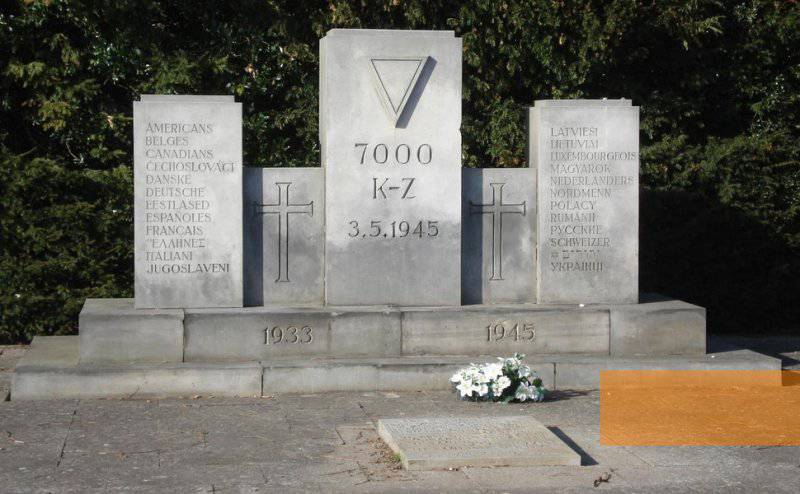 Monument to the victims of the "Cap Arkona" tragedy
The conclusion from this whole story is simple: tragic coincidences happened everywhere, but in the naval history of other countries such cases are masked against the background of numerous bright victories.
The Germans prefer not to recall the horrors of “Armenia” and “Lankastria”, the heroic pages of the Kriegsmarine history are connected with completely different events - the raid on Scapa Flow, the sinking of the battleships “Hood”, “Barham” and “Roma”, the destruction of the British aircraft carrier Koreyjes, Eagle and Ark Royal ... The tragic mistakes of the US Navy are lost against the background of night artillery duels, drowning of the Yamato, the Shinano or Taiho supercarrier. The assets of the British sailors - the sinking of "Bismarck", "Scharnhorst", the attack of the naval base of Taranto, the destruction of heavy Italian cruisers, won the "Battle of the Atlantic".

Alas, the Soviet Navy became a hostage of its own propaganda - choosing the sinking of the “Wilhelm Gustloff” liner as the “Attack of the Century”, the political consultants, without knowing it, opened the “Pandora’s Box”. No doubt, the Marinesko night torpedo attack is technically worthy of all praise. But, for all its complexity, it does not pull the military feat. There is nothing to reproach the brave sailor, but there is nothing to admire here either. All just a tragic coincidence. 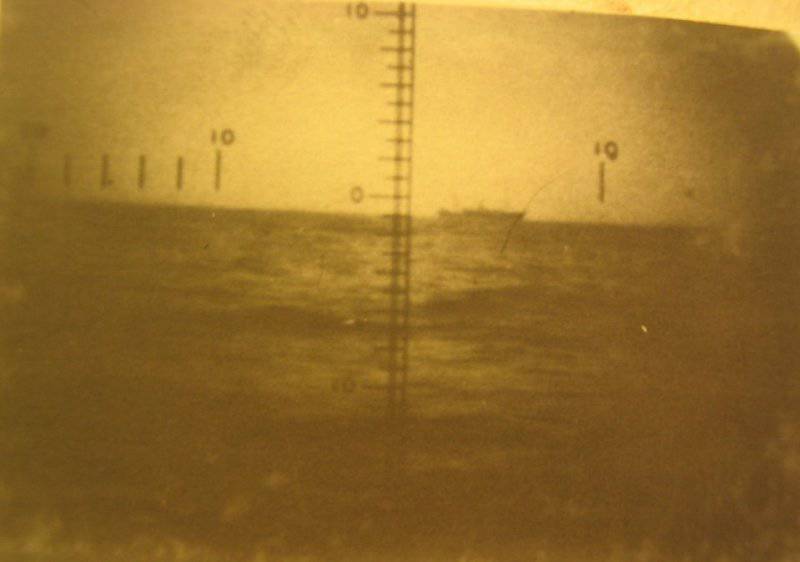