March 25 2013
77
While the situation on the Korean Peninsula is heating up and countries are exchanging unfriendly statements, very interesting information begins to appear in the South Korean press. According to the largest newspaper "Chosun Ilbo", the South Korean army may have some problems in the event of an armed conflict. These problems will be associated with Israeli-made Spike missile systems. 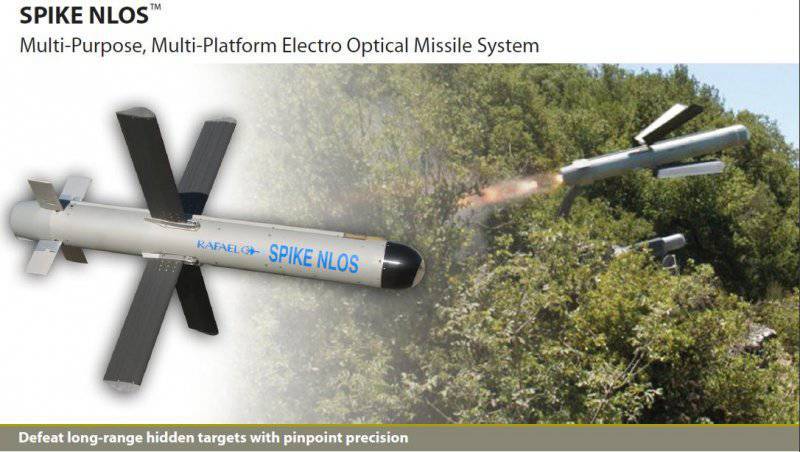 First, a little stories. One of the places in the region of the Korean Peninsula where the least stable and peaceful situation is observed is the so-called. the northwestern islands are the Yonphendo archipelago and the island of Pannöndo. They are located a few kilometers off the coast of North Korea and are controlled by the South. Such an arrangement of the islands in combination with their affiliation has long been considered dangerous in political and military aspects. Understanding the danger of the situation, the DPRK military organized a coastal defense battery near the islands a long time ago. Long-range guns are located in well-protected positions within the coastal cliffs. These batteries showed their combat potential in November 2010, when, due to another deterioration in relations between the two Koreas, there was an artillery exchange of coastal defense and the garrison of Yonpyeongo Island. There were losses on both sides. However, soon an analysis of the actions of South Korean gunners armed with self-propelled guns K9, showed that their combat work was not effective enough.

After those events, the military command of South Korea initiated several studies, the purpose of which was to increase the combat capability of the troops on the north-western islands. First of all, the military came to the conclusion that the effectiveness of self-propelled artillery mounts firing uncontrollable shells was insufficient. Reliable coastal batteries required high precision weapon. An alternative to self-propelled guns could be air-to-ground missiles of the respective models, but their use is complicated by the fact that the South Korean air force F-15K and KF-16 fighter-bombers are based too far from the disputed territories and may simply not have time to react to the threat. As a result, the command took the best, as it seemed, the decision.

As a means for firing at coastal artillery of the enemy, the military of the Republic of Korea chose Israeli-made Spike NLOS missile systems. This complex was classified for the first few years, but is now offered for export. A universal missile can carry a combat unit of one of several types designed to eliminate various targets. The effective range of the complex Spike NLOS - 25 kilometers. In the middle of 2011, the South Korean forces ordered about 60 of such missiles and two launchers with a total value of 43 million US dollars from Israel. Almost all the complexes were planned to be located on the islands of Yonpyendo and Pannёndo. 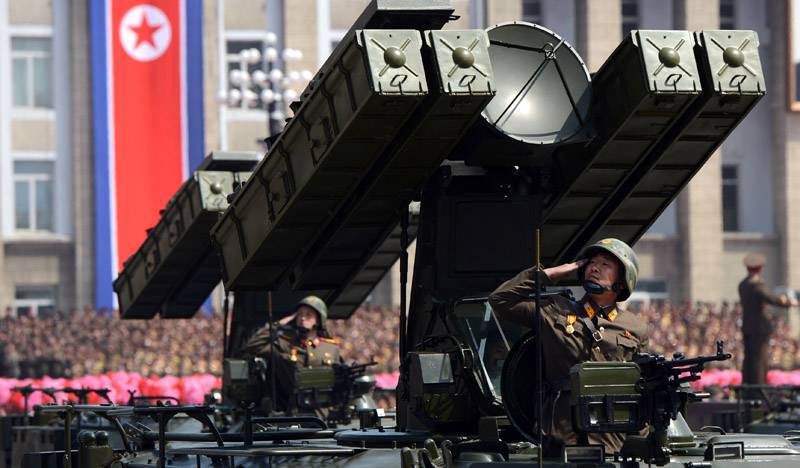 According to the newspaper "Chosun Ilbo", already at the stage of selecting missiles, the military made one major miscalculation. They did not conduct their own tests in their own conditions, but fully trusted the fact that Spike was tested by the British military. Such an absentee “recommendation” was considered sufficient. However, the negative consequences of such a step are now being investigated.

First of all, some features of the Spike NLOS missile control system have been criticized by the largest South Korean newspaper. On one automobile or caterpillar (at the request of the customer) chassis four transport-launch containers with rockets and only one control system are standardly installed. The missile manufacturer, the Rafael concern, claims that the missile guidance can follow three methods: “shot and forget”, “shot, checked and sent” and “shot and brought to the target”. Not all conditions can completely entrust the guidance of missiles to automation, so the operator will have to not only search for the target and launch rockets. If the operator will have to independently “lead” each rocket, the rate of fire will not be high enough. For example, when firing from Yonphendo Island at coastal targets (a distance of the order of 12-15 kilometers) the rocket will reach the target only in 80-90 seconds. Thus, at the same time, only two guided missiles fired from two combat vehicles will be able to fly to targets on the coast, and the next such salvo will be possible only after some time. Finally, after all the ready-to-use ammunition is fired off, the calculations of both combat vehicles will begin reloading, which also takes time.

According to the newspaper “Joseon Ilbo” and the experts it has interviewed, such a rate of fire is unacceptable for fighting the North Korean coastal artillery. During the time that the missilemen from the islands can detect and hit the enemy, the DPRK gunners are able to accomplish their combat mission and, possibly, destroy the Spike NLOS combat vehicles. Thus, in the present conditions, the use of these missile systems to combat artillery looks dubious. For effective counteraction to coastal guns it is necessary to ensure an appropriate rate of fire.

Another problem of the Spike NLOS complexes was the incompatibility of the conditions of the Korean Peninsula. In the area of ​​the Yonpyeong and Pannöndo islands, fogs are often found and, because of this, it is difficult to direct missiles using only optical observation systems. According to some South Korean officer, who shared his thoughts with the newspaper, the fogs sharply reduce the combat effectiveness of missiles against artillery. It is worth noting that the scope of the Spike NLOS complex has a thermal imaging channel, but its effectiveness still remains a matter of controversy.

According to reports, last year the South Korean military department sent a list of complaints to Rafael concern. Since then, some work has been going on, but there has not yet been a noticeable shift. It is reported that test launches were carried out in the fall and winter, some of which proved to be successful. In March, Israeli specialists managed to make three successful launches in fog. Thus, the updated Spike NLOS complex is almost ready for delivery, but South Korea will probably not be in a hurry yet. Choson Ilbo cites the words of the representative of the Ministry of Defense of the Republic, according to which it is still too early to adopt a new modification and purchase. In the opinion of this military man, tests in Israel were made in desert conditions, which is significantly different from the realities of the area where new missiles are to be operated. Obviously, the South Korean military will insist on new tests on their territory, but this has not yet been officially confirmed.

As we see, at the same time with the aggravation of the situation on the Korean Peninsula, various negative trends are revealed that are directly related to the defense capability of the participants in a potential conflict. So far, it is impossible to say with certainty how dangerous in the real world situation existing problems with the Spike NLOS missile system can be. However, in the current situation, the most sensible step is to take measures that simply will not be the case to confirm or deny fears in practice.