Blog: Comrade Artyom is a man of his time 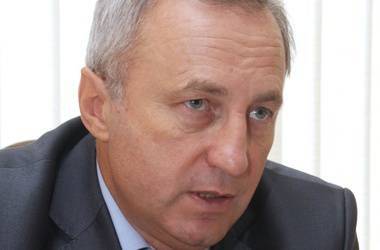 In early March, the whole country loudly enough, and in some places scandalously - loudly celebrated the anniversary of the birth of the Great Kobzar. Against this background, another important one, not important, in my opinion, for Donetsk is the date - the 130 anniversary of Fyodor Andreyevich Sergeev or just Comrade Artyom.


Strangely enough, only the Donetsk city organization “Young regions” remembered this date, having laid 19 in March flowers to the monument, which is next to the executive committee on the main street of Donetsk - the name of Artyom again.

The question arises, why such indifference to the memory of a man who has done so much for the Donbass? It was as if they had forgotten about him, neither positive nor negative - nothing. Moreover, on the one hand, Artyom is treated as one of the symbols of Donetsk and Donbass, for example, as a million roses, a monument on the miner's square, Svyatogorsk Lavra. In his time, streets, squares, cities in the Donbass were named after him, and that is typical, no one ever had the desire to rename these names or demolish monuments. But at the same time, our fellow countrymen often forget what this man, this historical personality.

History, whatever it may be, must remain with us. Is this good or bad? I’m sure that it’s bad. Let's remember together Sergeyev’s biography, and in particular those facts that relate to his activities in the Donbass. The first mention of it dates back to March 1903, when the 20-year-old Artem Sergeyev in one of the villages of the Aleksandrovsky district of the Yekaterinoslav province creates the first large peasant social-democratic organization in the region (about 400 people), with which he holds the May Day strike. It was then that his first arrests for revolutionary activity began. Artem took part in the preparation of armed uprisings in Yekaterinoslavl, Nikolaev, Kharkov.

But Sergeyev’s activities in the Donbass fully unfolded after the October Revolution. That he belonged to the idea of ​​Donetsk autonomy. And in 1918, Artyom creates and heads the Donetsk-Krivoy Rog Soviet Republic - practically a separate state with its administrative structure and army. Tellingly, this republic was not based on national, but on economic foundations and was opposed to the bourgeois Ukrainian People's Republic. Please note that the issues of autonomy or federalization according to budget or economic principles are also relevant for modern Ukraine. So our countryman, a hundred years ago, tried to bring to life those ideas that are still floating in the air of the Square.

However, in the realities of the later created Soviet empire, the existence of such autonomy became impossible. A year later, in February 1919, the resolution of the Council of Defense of the RSFSR on the liquidation of the Donetsk-Krivoy Rog Soviet Republic was adopted.

Nevertheless, Artyom did not abandon the idea of ​​the formation of Donbass, as a strong industrial region. And after his election in 1920, the chairman of the Donetsk regional executive committee, he led the work to restore the coal mines in the basin. In other words, Sergeyev was more of a tough manager, a creator, rather than a fiery revolutionary, whose principle was the idea of ​​destroying everything old. Probably, for this he is respected in the Donbass, because he not only knew how to speak loud speeches, but also simply worked for the good of his homeland. Therefore, I would like our contemporaries to remember and honor the memory of not only the infamous politicians, but also the real patriots of Donbass, who lived and worked for the good of our people.

PS By the way, after the death of Artyom, his son was brought up in Moscow in the family of Stalin, along with Stalin's son - Vasily. About Stalin, as a foster father, has kept fond memories. But until the end of his life he believed that the death of his father in 1921 was not accidental, and that she was in the hands of Leon Trotsky.

Ctrl Enter
Noticed a mistake Highlight text and press. Ctrl + Enter
We are
About Stalin and KhrushchevWhat you didn't want to know about England
22 comments
Information
Dear reader, to leave comments on the publication, you must to register.