Field exercises of artillery units are held in the Chechen Republic 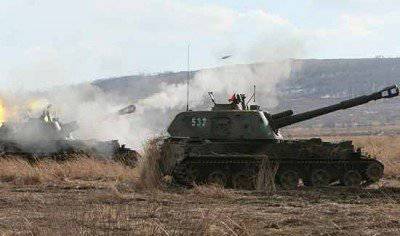 Artillery units of motorized rifle brigades deployed in Chechnya are passing a field camp. It employs about 200 units of rocket and artillery weapons, military and special equipment (VVST), more than one and a half thousand soldiers.


The main task during the fire training is the development of a modernized complex of artillery fire control machines. Thanks to the special software, the new complexes allow three times to reduce the time of preparation for shooting and to 40% to increase the accuracy of calculations, which, in turn, reduces the consumption of ammunition for shooting and target destruction, reports the Russian Ministry of Defense.

This complex entered service at the end of last year and is designed to conduct reconnaissance and fire control of artillery units operating in close cooperation with motorized rifle and tank units.

Training is conducted on a tactical artillery field equipped with modern imitation tools that allow you to create an environment as close as possible to the combat.

Within the framework of the spring camp there will be competitions among the commanders of artillery batteries.