Scenario of decline. 60 years ago, 21 March, March 1953, the government of the USSR adopted a plan for "deindustrialization" 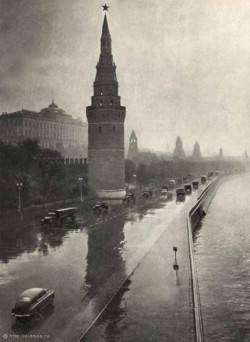 
The fundamentals of such a pernicious policy for the country were determined by a decree of the USSR Council of Ministers on March 21 of 1953. This document actually canceled the Stalinist economic policy. We will cite only some of the main provisions of that governmental decision, the negative consequences of which are manifested to this day, and will still make themselves known for a long time.

Considering that the construction of a number of hydraulic structures, railways, highways, and enterprises, envisaged by earlier resolutions of the Government, is not caused by the urgent needs of the national economy, the USSR Council of Ministers resolves:

1. Stop the construction of the following objects:

a) within two weeks to work out and submit to the USSR Council of Ministers measures for the conservation or liquidation of the construction and cost estimates indicated in paragraph 1 for this purpose;
b) take measures for the complete safety of unfinished construction objects, bring them to a condition suitable for conservation, and ensure the use of the utility enterprises, equipment and materials for other economic purposes that are terminated at construction.

a) make the necessary changes arising from this decree in the plans of the relevant ministries for 1953 year;

b) withdraw funds for metal, fuel, building materials, equipment and other funds allocated for the 1953 year for objects terminated by construction.

4. Oblige the Ministry of Defense of the USSR (t. Vasilevsky):

a) to stop the acquisition of two road-building divisions, stipulated by the Decree of the Council of Ministers of the USSR dated 30 in January 1953, No. 273-126-с, which are entrusted with the construction of the railway Petropavlovsk-Kamchatsky — Ust-Bolsheretsk and the Ust-Bolsheretsk highway —Ozerkovsky fish factory;

b) to disband the road military construction units formed on the basis of the Resolution of the Council of Ministers No. 3865-1767ss from 8 of October 1951 of the year to perform work on the construction of roads on the Kola Peninsula, in the Arkhangelsk Region and on the Baltic Sea coast.

5. To oblige the USSR Ministry of Finance to make changes in the balance of income and expenditure for 1953 for the ministries in accordance with this decree. ”


The document, as you can see, is very detailed. But today, few people know, and especially remember that, back in the beginning of the 1950's, around the 20 economic and transport research institutes of the USSR and before 40 all-union and republican economic ministries presented I.V. Stalin and the USSR government jointly developed a forecast of disproportions in the Soviet economy.

It was noted that in many regions of the country the development of industrial sectors, energy facilities, including those based on local raw materials, as well as transport facilities, is required. Otherwise, these regions will be less and less involved in trade with other regions. And this problem was the most urgent for the RSFSR. The document also indicated that these issues were planned to be resolved in 1953-1955.

However, it seems that the further industrialization of Russia as the basis of the Soviet Union was not part of the plans of the post-Stalin leadership.

However, we note that in 1960-x - the beginning of 1980-s up to a third of those projects were implemented. It was necessary to recall the industrial program outlined at the beginning of 1950, but no one said a word that the well-known “anti-industrial” government decree of March 21 from 1953 turned out to be wrong or should be canceled.

And some of those plans are still being implemented today: for example, the Polar Transsib; the creation of the port of Mezen and the Arkhangelsk-Mezen railway; Kirov Chemical Plant; in the Leningrad, Kaliningrad, and Murmansk regions - the construction of railways and roads along the coast of the Gulf of Finland, the Baltic and Barents seas. Governors of the Arkhangelsk and Novgorod regions spoke to the author about the relevance of the industrial program canceled in 1953.

Characteristically, in other Union republics, only a few, literally a few, projects were “frozen” or canceled. As a result, for example, in the field of transport, due to the cancellation or long-term preservation of projects of many ports and land arteries, the Soviet Union in 1960-1980-s (and for the same reason modern Russia) suffered great damage in the field of maritime transport, development ports and, in general, in the competitiveness of the domestic transport system. The USSR had to spend large sums of money on the transit of its cargo through neighboring countries.

Russia today is also forced to use the transit services of the Baltic States, Finland, Poland, Turkey, China, North Korea, Iran and Ukraine, which in total costs, according to expert estimates, 400 million dollars annually. Not to mention the current imbalances in interregional transport and economic relations, the problems of industrial and integrated development of many regions both in the former RSFSR and in modern Russia. Therefore, for example, the vast Far Eastern, Northern, and Eastern Siberian territories are still deprived of modern transport arteries and ports.

But Kamchatka, the Magadan Region, many territories of the Krasnoyarsk, Perm Territories, the Northern Urals and the Arkhangelsk Region and almost all the Arctic ports of Russia are still not connected with each other or with other regions of the country.

Let us emphasize one more strategic circumstance: after 5 in March 1953 (death of I. Stalin) no similar Soviet project was canceled in any country in Eastern Europe. The “Stalinist” projects in other “fraternal” socialist countries were not canceled.

According to the available data, embassies and trade missions of these countries in the early to mid-April 1953 asked the Soviet government whether the plans for financial, economic and scientific and technical assistance of the USSR, including industrial, transport, energy projects, would be revised. And at the end of April, the 1953-th Kremlin responded in the sense that the decision of March 21 would not be “repeated” with respect to these states. As a result, the economic growth rates in all socialist countries from the middle of the 1950's to the beginning of the 1980's were at least one third higher than in the USSR. And, I emphasize, - half, if not twice, than in the RSFSR.

These facts and factors also explain why the rates of industrial growth in the RSFSR already from the middle of the 1950-s increased "symbolically", and in most other Union republics, and the socialist countries, these rates were really high. If, however, take into account the methods of organization and the consequences of the so-called. of the virgin campaign, and similar Khrushchev events after the “virgin soil” or its accompanying ones, it is reasonable to assume: was it not the most important task of the post-Stalinist policy to turn the RSFSR (Russia!) into one of the least industrialized republics of the USSR?