The legacy of the "era of degradation." Deputy Minister of Defense: the scientific and technical reserve of the defense industry is almost exhausted 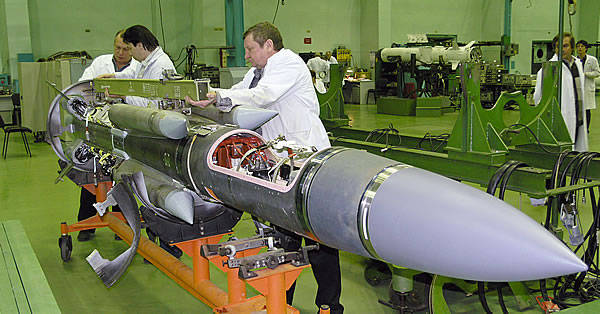 The Defense Ministry is dissatisfied with the quality of the supplied weapons and military equipment, Deputy Defense Minister Yury Borisov said at a military-industrial conference in Moscow.


According to him, “although the volume of the supplied equipment is growing, the number of complaints in 2012 year increased by 2011 percent compared to 40 year”.

The Deputy Minister noted that the quality of weapons and equipment is falling, because Manufacturers use outdated technology and often these technologies break, and most enterprises are not well equipped and lack qualified personnel.

In addition, according to Borisov, the scientific and technical reserve of the Russian enterprises of the military-industrial complex is "practically exhausted." In this regard, he urged to begin as soon as possible to modernize the defense enterprises and to supply them with qualified personnel.

In reconstructing the scientific and technical potential, the Russian defense industry, in the opinion of the deputy minister, can benefit from the help of the recently established Advanced Research Foundation (FPI), which claims to be the Russian counterpart of the US agency DARPA (the US Department of Defense, which is responsible for developing new technologies for the armed forces).

In addition, the deputy head of the military department, quoted by Interfax, noted that "it is important not to miss the scientific and technical breakthroughs associated with the creation of hypersonic means, weapons on new physical principles, as well as the use of cyberspace. "

As Borisov said, the military department will begin to sign full life cycle contracts for the supply of serial equipment and weapons this year.

Alexander Vladimirov, president of the College of Military Experts, retired Major General, commented "However," the results of the conference and told what to do with the scientific and technical base:

- The situation in the defense industry complex. Firstly, the Soviet scientific and technical groundwork is actually practically exhausted, and in order for us not to have exhausted the theoretical groundwork, it is necessary to develop the theoretical thought itself, wrest it from the hands of the commercial use of some theoretical innovations, and form a system capable of backlog create, promote and intensively develop in modern conditions. Rogozin’s repeated statements about the creation of a DARPA-type system, which we still do not have, are connected with this. This means we need to look for new personnel, we need to create new systems. Because it is obvious that the old structures and old people (especially performers who came to power during the so-called Serdyukovschina period) cannot do anything but stealing. This is a big and very serious personnel problem. And this, of course, is a problem of political will. Without this, nothing will happen.

On this commission many more interesting things were said. In particular, judging by the reaction of Shoigu, the trend of drawing the armed forces into the market continues - the very environment that can ruin everything. Honestly, we are not ready for war now and will not be able to wage it successfully - so, all other problems should be left for the sake of solving this. Removing additional loads from the army does not mean that repair or power will be provided through outsourcing - it is simply unacceptable that the army is engaged in the market within itself. This is the most important thing, because there is nothing more destructive than market relations for the army. Therefore, I think that it is right that we are now quietly moving away from the system that we have been given the last 10 years under the leadership of Serdyukov. And only now the state and the highest political administration - the president and even the prime minister (which is unlikely, of course) - begin to realize that we cannot go the old way. Whether we like it or not, we will have to deal with this legacy.

Accordingly, now everything needs new support — and the new, as a rule, is a well-forgotten old — including at a new level. And now we need to support Shoigu, Rogozin in their research, in survival for the army, and most importantly in their actions aimed at making Russia once again great and powerful. And it can be so only when it has a great mighty army - it has always been this way, this is our ancestral heritage, our sign.

Vladislav Shurygin, a military specialist and publicist, also spoke about the exhaustion of the scientific and technical groundwork "However,"

- Russia for a very long time, especially Soviet, time in the field of defense industry not only led, but also, as they say, very far pulled ahead in many areas. In this case, funding was redundant, and we could afford to develop a lot of topics. Moreover, many of these themes were laid for the future and were the themes of today - and that was the very foundation for the future armament. As a matter of fact, on this groundwork our defense industry experienced previous 20 years, when practically no research or design was financed, but just what was accumulated by that moment was taken, and some purely practical exploratory work was carried out related to implementation. But this groundwork really ended - this was evident in the last four or five years, when everything was almost exclusively squeezed out of already existing models of equipment.

At the moment we are in front of an absolutely empty basket. We need to conduct new research, development, invest in this money and, as they say, to do this. And the old things - they are simply no longer there, they left in a completely natural way.

Alexander Perendzhiev, Ph.D. in political science, a lieutenant colonel in the reserve, a member of the Association of Military Political Scientists, was more optimistic in a conversation with “However”. He noted that the situation is completely solved:

- I would not argue that everything is so pitiable, as the respected comrade Borisov says. Now we need to talk not about the fact that we do not have this potential, but about the fact that the personnel, which the Ministry of Defense has, are really exhausted. The Ministry of Defense needs to start building a more efficient personnel policy, which means that, first, it is necessary to look at those people who are at the disposal, and second, at those who have been fired. Because a lot of real brains were fired, those who made up the high intellectual potential of the defense industry complex and the Ministry of Defense itself. In the course of the reforms, under the leadership of Serdyukov, the personnel, really did not pay attention to the cadres, the intellectual composition. Everything was done technically. And intellectual people are people in demand, they know their value, and come with some ambition. They were perceived as clever people who are not needed. That is, the system that everyone should be no smarter than the boss, it did not work in favor of the Ministry of Defense.

I believe that the situation is completely solved. Moreover, the Minister of Defense Shoigu himself already spoke about this, namely, about the need to return the highly intellectual personnel directly to the armed forces and to the military-industrial complex. Of course, these people are in demand, and they are not so easy to bring back.

So, the Ministry of Defense should try to return the staff with some special promises and prevent those who are, from leaving, and create conditions for them, and you need to create a system for growing this potential. And the last thing - we must not forget about such a system as crowdsourcing, when the intellectual potential is involved from the side and does this or that work to order. It is necessary to use all modern sourcing systems, and not just outsourcing.