The Russian Federation must return to the method of creating weapons, in which development can be traced from research to mass production 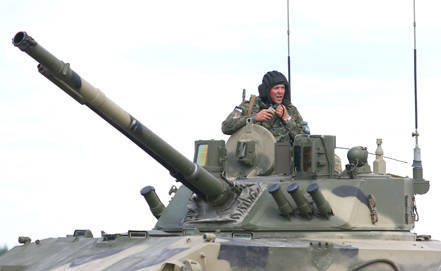 Deputy Prime Minister Dmitry Rogozin considers it necessary to restore the methodology for creating weapons and equipment, in which development can be traced from research to mass production.


"It is necessary to immediately restore the methodology for creating models of weapons and military equipment, in which the development of a specific model can be traced from conducting basic research through applied and developmental works to mass production," he said at a Military-Industrial Conference.

According to the vice-premier, the first step in solving this task could be the implementation of the program of basic search research in the field of defense and security prepared by the Russian Academy of Sciences and the Military Industrial Commission. Rogozin added that it would be advisable to involve the so-called Russian Darpu, the Advanced Research Foundation, in order to solve this problem, ITAR-TASS reports.

The vice-premier also expressed bewilderment about the information that appeared about the planned reduction by half of the premium, which the government allocates for outstanding scientific achievements in the interests of defense and security. “We will not be happy with such innovations in the military industrial complex and are not waiting for them,” Rogozin stressed.

Ctrl Enter
Noticed a mistake Highlight text and press. Ctrl + Enter
We are
Rogozin proposed to create a base in the orbit of the moonRogozin visited Nizhny Tagil, shot from a tank and a gun
16 comments
Ad