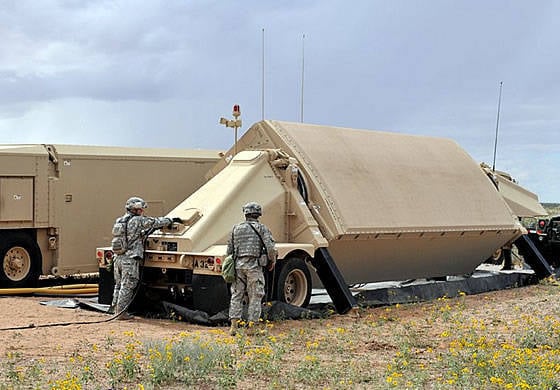 The company "Reyteon" announced the transfer of the United States Department of Defense (MDA) anti-missile defense agency (MDA) of the eighth mobile radar AN / TPY-2.


AN / TPY-2 is the X-band mobile multifunction radar with a phased-array antenna and high resolution developed by Reiteon.

Radar is an important component of the US missile defense system, performing the functions of detecting, identifying targets, tracking an interceptor missile, exchanging data with it, and evaluating the results of interception.

Currently, the forward-looking radar AN / TPY-2 is deployed in Japan, Israel and Turkey.

Previously, Reiteon signed contracts for the supply of X / NUMX radar AN / TPY-11.
Ctrl Enter
Noticed oshЫbku Highlight text and press. Ctrl + Enter
We are
Combat identification systems of coalition forces. Is the process going? (Part of 2)Signals from the sky. Satellite communication systems
22 comments
Information
Dear reader, to leave comments on the publication, you must to register.