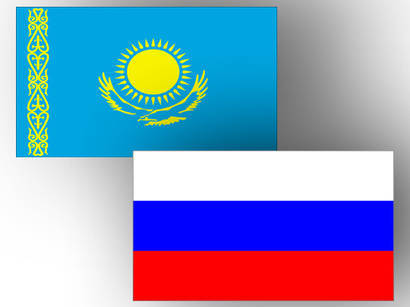 Russia and Kazakhstan will create enterprises for the modernization of military equipment. This was announced by Deputy Minister of Defense of the Republic of Kazakhstan Sergey Gromov at the plenary session of the Mazhilis.


According to him, of the 46 proposed by the Russian side in the draft program on 2013-2015, there were 9 events "that are in the interests of the two parties."

"Among them is a plan to create capacities for restoration and overhaul in Kazakhstan. aviation engines for military aircraft on the basis of the West Kazakhstan Engineering Company in Uralsk. The next project is the creation of an aviation technical center in Astana. Russian enterprises will take part in its creation, in particular during the repair of military helicopters. There are many more to enumerate, but this is only a draft program, it will still be coordinated after ratification, "Gromov said.

He clarified that the agreement provides for joint work, but excludes the inclusion of programs of activities by one or the other party without the consent of one of the parties.

We add that in January, Kazakhstan and Russia signed an agreement on the creation of a unified regional air defense system.

Ctrl Enter
Noticed oshЫbku Highlight text and press. Ctrl + Enter
We are
The defense ministers of Kazakhstan and Israel have agreed to jointly manufacture dronesSu-30M arrived in Kazakhstan!
42 comments
Information
Dear reader, to leave comments on the publication, you must to register.