"The true causes of war" 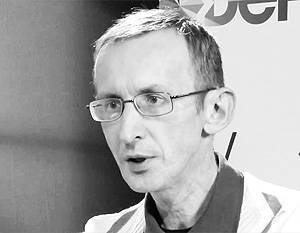 Ten years ago, the United States finally completed what they had launched a decade ago - Iraq killed Saddam Hussein. And naturally, it was the Americans who were interested in imposing their own view of this war on the world. Everything suited them: accusations of war for oil, and charges of genocide, and accusations of violating international law, and even outright deception about chemical weapons Saddam Hussein. They were interested only in the fact that the true causes of the war were never voiced, at least in full.


Let's try to fill this gap. The United States, unlike so many countries and peoples, has the unique ability to learn from its own and others' mistakes. This, it should be noted, is a very valuable and necessary quality. The USA, with incredible difficulty and rather randomly defeating its main geopolitical opponent of the 20th century of the USSR, learned the main lesson. Any large and resource-rich country is capable of short historical deadline to make a modernization spurt and become a threat to US plans for world hegemony. Twice the States missed this point - in the case of the USSR of the 30s and in the case of China of the nineties.

For a modernization breakthrough, a number of conditions are required - this includes the availability of resources (natural, human, technological, industrial, informational, etc.), the ability of the state to mobilize the population and these resources, the presence of a modernization ideology.

The Middle East has come too close to the line beyond which one of the countries in the region could “shoot”. Actually, one has already “fired” - Iran. Over the thirty years since the 79 revolution, Iran has managed to fulfill all of these conditions and make a serious breakthrough. Shahsky Iran, it is worth noting, was also on this path, but after modernization, it completely became controlled by Western corporations, which this very technological breakthrough in Iran created. The ayatollahs did the same, but relying on their own strength. And they won.

However, the Iranian experience is not applicable to the rest of the Middle East countries - and not only because Iran is Shiites. In Iran, the imperial nationalist ideology is traditionally strong, drawing on the real historical experience of Persia’s millennial imperial past. The fusion of this ideology with Islam created the ideology that mobilized the nation, which managed to break through the blockade and the embargo.

For the Wahhabi monarchies of the Arabian Peninsula, the United States was and remains completely calm - professing a fundamental Islam that does not tolerate innovations, monarchs are not able to modernize and withdraw their countries from the hydrocarbon dead end in which they are staying. They are objectively dependent on external conditions, and therefore already do not pose the slightest threat to US interests.

However, the secular regimes in the Middle East have shown that Sunni countries are also capable of modernization, moreover, swift and successful. Each of these countries - Egypt, Syria, Libya, Algeria - had and still has insurmountable difficulties that do not allow them to use the experience of Iran. However, potentially it was on the path of secular development — and no more — that they managed to achieve very serious successes in a relatively short time.

It is not surprising that the Arab Spring, under the slogans of which the archaic and fundamental clericalism descends to the Middle East, has become desirable for the United States and was largely designed by them. It is precisely wild cave Islam that can completely and forever discard this region in development, eliminate the danger of modernization and, ultimately, a threat to the position of the United States. That is why the United States is utterly fierce to smash Syria and defeat Iraq - simply because in these countries a society was created in which Islam gave way to secular development, a new and in many ways fundamentally different ideology of coexistence of different peoples, religions and social groups was created. Iraq was on the first place in the list of targets for destruction, since Saddam Hussein, in addition to creating an ideological base and mobilization opportunities for a breakthrough, also had enormous raw material resources. It was they who could become the financial base of modernization in Iraq, and that is why the first and most important attack was directed at him.

In fact, if we hit on a fierce alternative, without two Iraqi wars, today we would have two powerful industrial states of the Middle East - Iraq and Iran, which were the leaders for the whole region. Perhaps we would already see integration processes gathering the region into a huge conglomerate of different, but going to the same goal of states. A certain Islamic Union, in which, as in the European Union, everything would be held in two leading states.

And it is precisely this development option that was categorically unacceptable for the United States. Actually, that's why they rolled Iraq into small rubble.

Ctrl Enter
Noticed a mistake Highlight text and press. Ctrl + Enter
We are
About Stalin and KhrushchevFunctional stupidity and national stupidity
44 comments
Ad