March 21 2013
5
The Pentagon is going to create 30 specialized teams that will deal with the protection of American troops, the federal government and the country's infrastructure from cyber threats from abroad. As told on Tuesday, 19 in March, at the congressional hearings, General Keith Alexander, head of the US Cyber ​​Command, the decision was made due to the fact that information systems of large companies and government agencies are increasingly becoming objects of computer hacking, and the threat of disabling important facilities today are becoming more real and tangible.


Earlier, back in January, there were reports that Washington was going to increase the number of cyber command personnel in the next few years. According to the American edition of the Washington Post, the number of employees who are engaged in ensuring the security of government and civilian computer networks and systems in the United States that can independently conduct cyber attacks will be increased more than 5 times to 4,9 thousand people.

The Pentagon’s plans include organizing 3 units: to provide support for military operations, to protect the defense systems, and to protect key civilian networks. These units will be called "combat cyber forces", "cyber defense forces" and "national cyber forces". Only in 2013, the United States is going to spend about 769 million dollars for cybersecurity needs. United Cyber ​​Command in the United States began work in May 2010. Under the leadership of Chief Intelligence Officer Cyber ​​Command, Rear Admiral Samuel Cox, the order of 900 hackers is working. 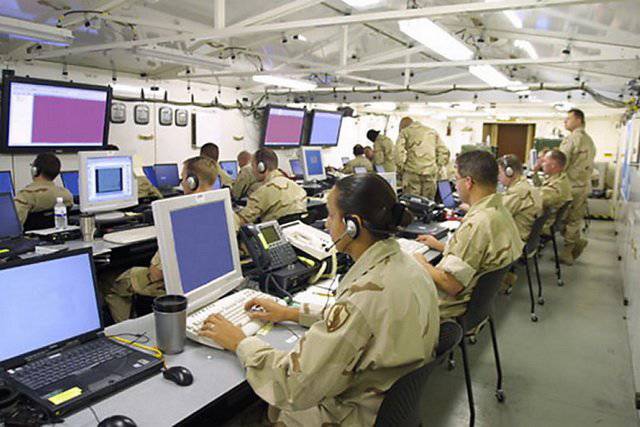 Speaking to the senators in the Armed Forces Committee, Keith Alexander said that at present there is no point in waiting for a large-scale cyber attack by any states, as they understand that the source of cyber attack can be identified and retaliatory actions can be taken against it tough measures. According to the general, at the present time it is only about causing minor damage to public and private sites, information and property from other countries. At the same time, he said, methods and means of cyber-attacks are actively developing and sooner or later they may be in the hands of people who will stop at nothing to cause the United States maximum harm, for example, we are talking about terrorist organizations.

According to him, this can be prevented only with the help of an active cyber defense system, which involves identifying the plans and plans of the enemy, as well as immediate response. Alexander compared this with the actions of the missile defense system to destroy enemy ballistic missiles. It is this tactic that 13 will adhere to in specialized teams that have been assigned the responsibility of ensuring the safety of US cyberspace. Separately, it is noted that they will work not only in the United States, but also abroad - that is, in the immediate vicinity of the sources of a potential threat, and the general did not specify where exactly it was. The remaining 17 teams will be in charge of protecting the Pentagon’s databases and information systems, as well as the US military.

Simultaneously with Alexander, James Clapper was made a speech by the Director of National Intelligence of the United States, who noted that at present the cyber threat is almost the most important for the country. Just a day before, Assistant US President for National Security Thomas Donilon, speaking in the "Asian Society" in New York, dwelled on the behavior of the PRC. According to the official, US companies are increasingly concerned about the sophisticated theft of proprietary technologies and confidential information using cyber attacks, which originate from China. Donilon noted that such activities have reached an “unprecedented scale,” so China must put an end to all this. 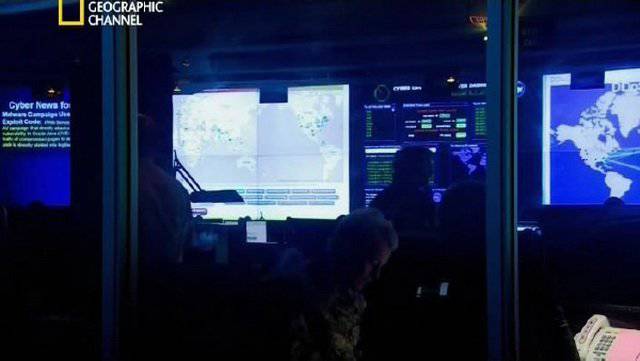 At the same time, the Ministry of Defense of China officially rejected all the allegations of organizing cyber attacks on US government agencies and enterprises. The statement, which was posted on the official website of the department, says that such accusations are unfounded and are based only on the fact that the IP addresses used by hackers are in China. A representative of the Ministry of Defense of China noted that cyber attacks are anonymous and transnational, and their source is often difficult to establish. At the same time, the ministry noted that the Chinese military did not support or support the activities of hackers.

It is worth noting that the United States itself is not so sinless in terms of conducting cyber attacks. So back in June, the New York Times newspaper 2012, referring to its own sources in the government of the country, wrote that the US is actively using strike cyber weapons. According to the newspaper, the Pentagon is not only developing, but also actively using cyber weapons. First of all, for disabling nuclear facilities in Iran and disrupting the country's nuclear program. It is reported that a program to develop such weapons codenamed "The Olympic Games" was launched during the presidency of George W. Bush, and under Barack Obama was significantly activated. It became known about the use of cyber-weapons after a combat computer virus that was introduced into the control system of a uranium enrichment complex in the city of Natanz got into the Internet due to some software errors or failures, where computer security experts discovered it. This virus is called "Stuxnet".

The New York Times noted that this is most likely the first such case when the US used cyber weapons, trying to damage the infrastructure of another state with the help of a computer program. Previously, saboteurs or bombardments were used for the same purpose. At the same time, it can be said with sufficient certainty that the Pentagon will not limit itself to the “Stuxnet” virus. In particular, there are reports that the intelligence services of Israel and the United States were behind the creation of the Flame virus, which, according to experts, was aimed at stealing important industrial drawings from Iranian government computers, as well as computers of a number of Middle Eastern states. It was reported that the CIA, the NSA and the Israeli military were behind the development of this virus. 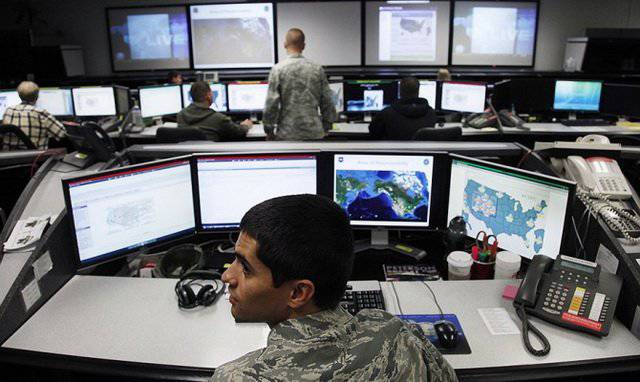 In November 2012, Barack Obama signed the Directive number 20 - a cybersecurity plan. This document contains a fairly wide range of standards that define the activities of federal agencies aimed at combating cyber threats. This plan for the first time quite clearly tells how it is supposed to use cyber security systems. It details the mechanism of protection of networks, as well as actions of cyber divisions employees offline, as well as the full range of defense initiatives, high-ranking officials in the US capital say.

According to the Washington Post, for the first time since 2004, the New Directive clearly states Washington’s position on cyber threats and allows the military to “act more aggressively” in military and civilian networks to prevent and suppress cyber attacks. It is assumed that soon the Pentagon will complete the creation of a system of rules and directives that will determine when the US military can go beyond the American networks to eliminate cyber threats that pose a danger to the security of the state.

Prior to this, the Pentagon has repeatedly said that it is practically at war in cyberspace, since the volumes of hacker attacks are increasing day by day. In addition, the US military has several times suggested that Washington develop a clear set of rules of both defensive and offensive nature. In any case, at present, the security situation in cyberspace and the Pentagon’s initiatives to increase its own powers (represented by virus and computer specialists) clearly demonstrate the double standards of the United States. On the one hand, the Pentagon itself is working on the creation of new computer viruses that are used against independent states. On the other hand, he refers to an increase in cyber attacks and for this reason he asks to allow his special services to carry out “cyber-attacks” by law, that is, to develop a platform for a full-scale large-scale war in cyberspace.