March 21 2013
59
In early January, 2000, the militants tried to take control of the city of Argun, Shali and Gudermes. About how the fighting took place in Shali, says one of the officers of the FSB, who took part in the defense of the Shali commandant's office. His name, for obvious reasons, we do not specify. 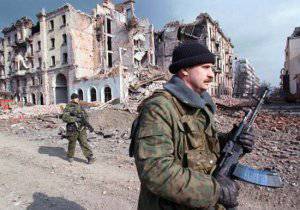 On the morning of January 9, Shali was struck by deserted streets and silence in the city market. It was alarming and, as it turned out, not in vain. Aslambek Arsayev, one of the most influential field commanders of the illegal armed formations, who had more than three hundred militants under arms, arrived at the commandant's office. Arsaev, better known as Bolshoi Aslanbek, in an ultimatum form suggested that the commandant’s garrison lay down weapon, guaranteeing the preservation of life. “Otherwise there will be a sea of ​​blood and fire,” he said.

But we did not intend to die, let alone surrender to the Chechen captivity. After the presentation of the ultimatum began to prepare to repel the attack. On the short-wave radio station "Angara-1" we in open air contacted the command of the group and briefly reported on the situation. More detailed information was sent with a cipher telegram over a space communications radio station. Despite all the preparations for the defense, the mood was bad, it was not without farewell words on the air ... 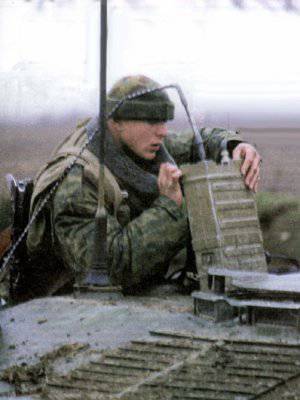 Commandant Shali took the necessary measures to repel the attack and reported everything to the headquarters of the Vostok group on his senior commander. However, he was not in a hurry to make a decision ... for two whole days. And this is despite the fact that this headquarters was located just six kilometers from Shali in the village of Avtury. At the disposal of the senior commander was a special detachment of the Far Eastern Military District. The scouts were ready to advance to release the commandant's office in Shali, but such a team did not arrive. All this time, surrounded by the defenders of the Shali commandant's office, repelling one after another the attacks of the “Czechs”, they could only count on themselves.

One of the requirements for exploration is continuity. Observing it, even in a state of siege, we managed to learn that before the assault began, the militants with their inherent passion for external effects, as well as feeling their absolute superiority in forces, decided to arrange a rally. The time and coordinates of the rally venue were transmitted with a cipher telegram to the headquarters of the Joint Group of Forces in the North Caucasus, which was located in Mozdok. Here we were again rescued by our portable space communications station.

The leadership of the group in a short time, assessed the situation and decided to strike at the cluster of militants with a tactical missile "Tochka-U". Fortunately, not all the rockets were “cut” by Gorbachev. A point hit fell right on target, and most importantly - at the height of the rally. Bolshoi Aslanbek chose a place for a rally near the commandant’s office, it was only two hundred and fifty meters away. Such a distance ensured the security of the militants from the striking of our barreled artillery. Arsaev clearly did not expect a missile strike. In essence, this was the first experience of delivering a missile strike of such power in the immediate vicinity of its troops. We, giving the coordinates of the enemy, practically caused fire on ourselves and prayed that the “god of war” and the designers of the rocket would not let down. 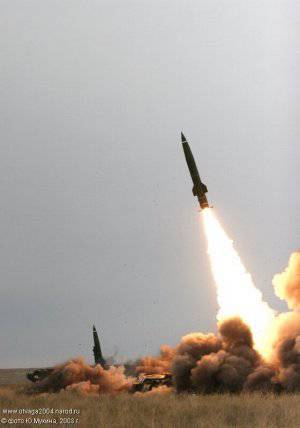 The strike results for the militants were staggering - two hundred seventeen people only killed. Having lost so many of his thugs, Big Aslanbek realized that his plans for pulling the feds into the Shali battles had failed. There will be no burning tanks and BMP, neither the corpses of Russian soldiers on the streets of Shali, nor the destroyed houses and victims among, perhaps, innocent local residents. There will be no such hype in the international media that the militants had high hopes for.

Recovering after the strike, Arsaev made a desperate attempt to attack the commandant's office with the forces of the surviving militants. Trying to break our resistance with massive fire, the "spirits" used all the fire weapons at their disposal. A direct hit of the AGS-17 grenade or a grenade launcher damaged the P-161A antenna mast. To maintain communication with the higher headquarters, we deployed a VHF radio station P-159 with the “Historian” voice message block. Working on the P-159, we fired a 152-mm self-propelled howitzer 2-3 "Acacia". Using smoke projectiles, we shot approaches to the commandant's office. It really helped, especially at night. As soon as the militants rose in the next attack, a wall of barrage fire arose around us, which only a madman would have decided to overcome. 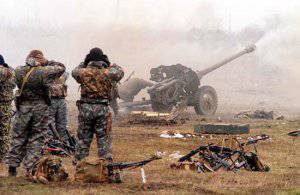 All this time we have maintained a stable connection with the command, using our second means - a portable station of space communications SCS. To conduct a session “in space,” one of us, under the cover of a partner’s fire, advanced and installed a station receiving and transmitting device (PUF) on the window sill of the first floor of the commandant’s office. Holding it with one hand, the second one manipulated the buttons on the control unit mounted on the floor. All this had to be done covertly so as not to fall under the fire of snipers. After the session, it was also necessary to secretly leave the venue and move to a safer place. In case of disabling the PPU fire snipers, we had a spare set of SCS. Therefore, the main concern in these conditions was still the uninterrupted operation of the satellite in the reception area, as well as saving power to the batteries. The kit at our disposal, while maintaining the intensity of the radio traffic, would be enough for three days, then we would have to mess with the car battery.

We did not dare to work on the "Angara", since this radio station does not provide covert communication. If the militants had a sufficient number of Japanese and Western European scanning radio stations, using the Angara would inevitably lead to the tapping of our talks by the adversary. In addition, we would have to go to the third floor of the building of the commandant's office in order to deploy the antenna of this station. And he was shot by militants. 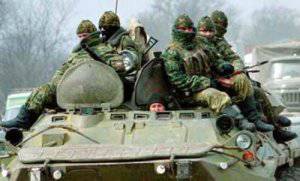 As for our weapons, it became a shame to the depths of the soul for the fact that our command sent us on a business trip, armed only with AKS-74U assault rifles, which turned out to be ineffective in the current situation. And our ammunition, which was two equipped stores, did not meet the requirements of the situation. Naturally, on the second day of the siege, only a few rounds remained in our hands. In the commandant's office, unfortunately, a stock of ammunition was also not created.

Our request before sending about additional armament of the group was greeted with the words: “What are you going to fight there?”

Ctrl Enter
Noticed oshЫbku Highlight text and press. Ctrl + Enter
We are
Diplomats of the People's Commissariat of Defense: on the eve and during the warFight, student! Memories of the first Chechen
59 comments
Information
Dear reader, to leave comments on the publication, you must to register.