Bretton Woods system came up with a Soviet spy 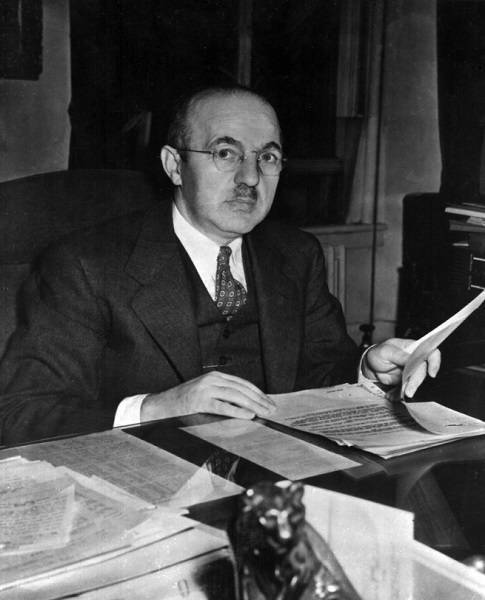 A new portion of the declassified archives of the United States once again proves that the American economist, the architect of the Bretton Woods system, Dexter White was a Soviet spy. He was a convinced socialist and an admirer of the USSR, and saw the task of his life in destroying the British Empire, and making the Soviets an eternal ally of the United States.


The book by historian Benn Stiyl “The Battle of Bretton Woods: John Maynard Keynes, Harry Dexter White and the Formation of a New World Order” was published in the USA. In it, the author describes how the American economist White created the Bretton Woods system, which became the basis of the modern world. Benn Style again provides further evidence that Harry Dexter White, Assistant Secretary of the Treasury and Assistance to Allied Countries, worked for the USSR.

The information that White was a Soviet spy is not new - this fact was proved in 1950 (by Senator McCarthy’s commission; after the economist’s death), and then in 1990 when the FBI and KGB archives were opened. The new in Stiyl’s book is a description of the motives that guided White in creating the Bretton Woods system.

But first, briefly about the person involved in the investigation. Harry Dexter White's parents were born in a Jewish town in Lithuania, then part of the Russian Empire. For better life moved to the United States. Harry was born in America in 1892 year, becoming the 7-m child in the family. In the 1917-18 years in the rank of lieutenant participated in the First World War. After graduation, he began studying at Columbia University, but graduated from Stanford. He received a doctorate degree in economics from Harvard 1930.

Despite the Great Depression, the patronage of influential professors from the University of Chicago easily finds a prestigious job - in 1934, at the Ministry of Finance. Today, the University of Chicago is the basis of liberal economic theories (and even neoliberal), and at that time it was a hotbed of socialist ideas. The finances in the USA in 1930-40 were generally densely occupied by socialists, and in 1950 the McCarthy commission noted the sad fact: influential universities and the Ministry of Finance were engaged in nepotism, supporting and pushing almost exclusively the Reds to the top. 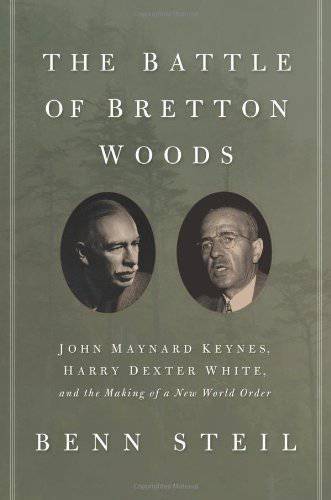 White in the Ministry of Finance made a quick career, by the end of 1930's becoming one of the trustees of President Roosevelt. It is believed that he was responsible for “dirty” monetary operations in the president’s entourage - supporting American political allies in unfriendly regimes (primarily in the Axis countries), financing intelligence and sabotage operations. During World War II, White is responsible for funding the military operations of the US armies.

It is still not known exactly what year White began working for the Soviets. At a minimum, according to the testimony of the Soviet defector Witt Chambers, in 1939, White was already a spy by that time (a number of unsubstantiated accusations say that from the beginning of 1930's). The possible espionage of an economist in favor of the United States was reported to Roosevelt, but he denounced all these accusations before his death in 1945. 7 November 1945, the Soviet courier spy Liz Bentley, moved to the side of the United States, revealing almost the entire agent network of the USSR. In her list, White was #2 in importance. But this time the financier was not charged.

But before 1945, Harry White managed to crank two important operations, through which he entered history. In 1944, he was one of the so-called developers. “Morgentau Plan” (named after the US Treasury Secretary). After the victory of the Allies, the plan provided for the transformation of Germany into a backward agrarian country (heavy industry would have been banned), divided into the Northern and Southern provinces, with the rejection of a significant part of its territories (see map below). This document even reached such an absurdity as cutting down all the forests in Germany, as well as “reducing its population by 25 million people” (how you could “reduce” them, you can only guess). 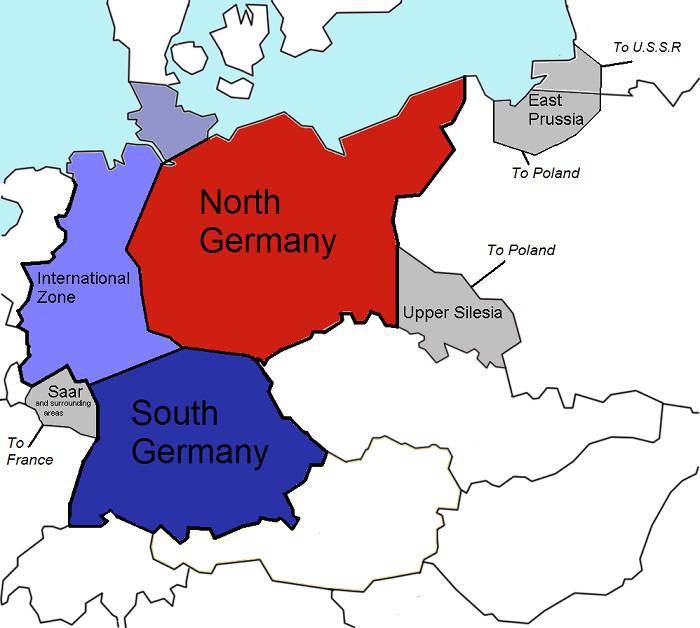 The Morgenthau plan was adopted on September 1944 in the Quebec Conference by the heads of the United States, England and Canada. Then White learns that part of the Nazi elite began to conduct secret negotiations with representatives of the United States and Britain about a separate peace. Harry White “merges” through agents Morgantau’s plan into Hitler’s office. The propaganda of the Third Reich begins the fire of "Anglo-Saxon plutocrats" preparing for the destruction of the country according to the "Morgenthau plan." Separate negotiations were thwarted.

White came up with this plan and destroyed it for the sake of a higher idea - the complete and final defeat of Germany. But the financier still managed to recoup, in 1945, imposing a new document on the "reform" of the country of the loser of Nazism - the JCS 1067 directive. As a socialist, he walked across Germany, like a skating rink, the most severe version of Eurosocialism, in effect imposing this idea on this country for decades to come. So, 58% of gross national product should have been withdrawn as taxes. This policy is called "quasi-socialist redistribution." The income tax rate was 95% and began to accrue from the income of 61.100 marks. In turn, the money collected in the treasury, were exported to the victor countries as reparations. The rest of the finance should be spent on social programs (for example, the annual construction of 1,5 million apartments). Over the 8 years, the allies destroyed the 938 large factories. In general, henceforth, money for militarism in Germany should no longer be. With minor amendments (the Germans started to carry out some tax cuts, starting with the 1953 year), this system, which White laid down, still exists in Germany.

The second merit of White is the creation of the Bretton Woods system (adopted at the conference of the same name in 1944). Historian Benn Stiyl writes in his book that Dexter White conceived this international forum back in 1936 to make the dollar a universal currency and oust its competitor - pound sterling. And at the beginning of 1940's, the Roosevelt administration, intending to extract geopolitical benefits for the United States, tightly regulated the financial assistance that Britain provided. “It was a deliberate attempt to provoke the forced liquidation of the British Empire after the war,” Stiyl writes. 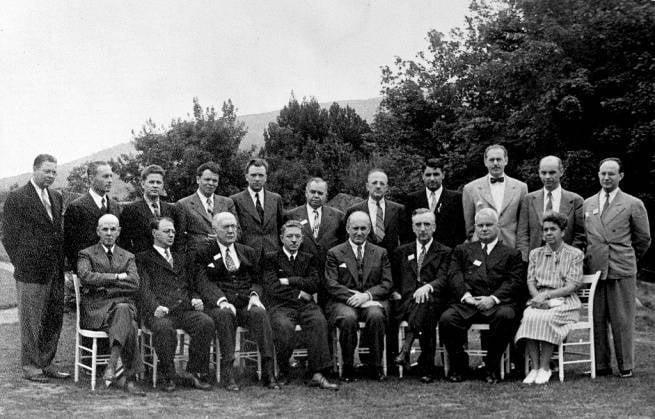 The US Treasury considered the Bretton Woods meeting a geopolitical step. The British Empire collapsed so quickly only because its stocks of dollars and gold dried up. Officials of both countries were aware of the situation, and in the Bretton Woods there were extremely tense US-British negotiations, Stiyl points out.

During the war it was almost impossible to trade without gold or US dollars. In Bretton Woods, the United States offered the world to create an IMF - a bank where you can take a short-term loan. “And in return, refuse a competitive devaluation - do not devaluate your currencies against the US dollar without our consent,” explains the American historian. Other countries (44 states participated in the conference in total) agreed, finding that there was no alternative. The final version on 95% turned out to be the American version.

True, at first the British, even in Bretton Woods, did not agree to recognize the US dollar as a global unit of account. Stiyl says: “White cheated: his technocrats reformed the entire text behind the scenes, rewrote language that expressed steadfastness. The heads of some delegations saw this text only in the final of the conference, when they were already told to leave the hotel. ” Keynes became very angry when he saw the text, under which he had previously signed.

Stiyl lists the basics of the Bretton Woods Agreement: 1. "The possibility of a peaceful and profitable dismantling of the British Empire." 2. “De-industrialization of Germany after the war” 3. "Permanently involve the USSR in a global alliance with the United States."

“I found in the archives of White a handwritten essay written in 1944, where he condemns the US hypocrisy in relations with the USSR and praises the advantages of Soviet socialism,” writes Stiyl. “White and many other American and British statesmen believed then that the socialist economy was effective and the world was developing in its direction. 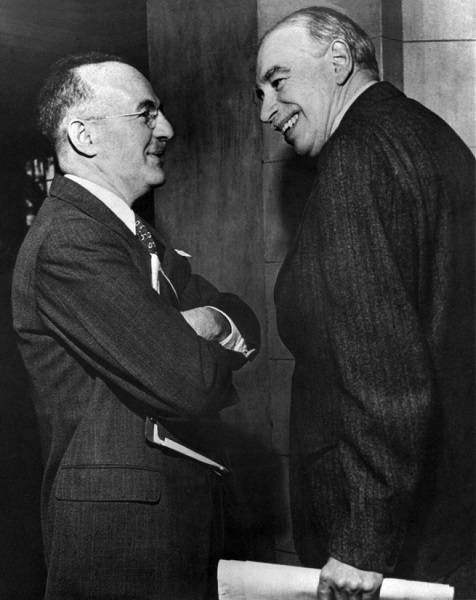 (White and Keynes at a conference at Bretton Wood)

The continuation of this plan, in fact the convergence of capitalism and socialism, was prevented by the death of US President Roosevelt. America under President Truman, by inertia, for some time followed these ideas, but finally refused in 1948. At the same time, the United States deployed the Marshall Plan, "forgive Germany", again taking England as an ally, and starting a "cold war" against the USSR. The world that we see today arose under Truman.

Of the ideas of White, there remained only the Bretton Woods system with the domination of the dollar in the global financial system. But, perhaps, in geopolitical terms, it is much more powerful than the American army and military alliances based on it. As White dreamed, this system would put an end to world wars forever. Yes, it is expensive to pay for it - pumping money to America from around the world. Although it is not known how much the world would have lost, the Third World War would break out. The same Russia, from which hundreds of billions of dollars have been exported to the West over the years of the “reforms” - how much would the bombing of even 20-30 with nuclear charges cost her? Probably, the losses were calculated in sums of an order or two more than the total “capital export” from the country.

White did not even have time to see the edge of the “new world order” designed by him. He died 16 September 1948 of the year - three days after a hard interrogation in the "Commission on the investigation of anti-American activities." It is believed that in the fall of that year, he could have been convicted of espionage in favor of the USSR. White died from an overdose of a heart drug - as the official version says. It is possible that sometime unofficial version of death will come to light.

In any case, even after 65 years after his death, more and more new episodes of his "struggle for world peace", and specifically intelligence activities in favor of the USSR, appear. So, back in 1953, the aforementioned Bentley showed during interrogations that White was responsible for handing over print clichés to Soviet agents, which the US Treasury Department used to print allied military stamps in occupied Germany. These clichés allowed the USSR to print this money in unlimited volume - buying up on them in the American zone goods, paying with agents. According to Bentley, the USSR printed such stamps for the equivalent of 1953 million by the year 200. Today, new documents say that “due to” White’s effect from the counterfeit of the Soviets was at least 400-450 million dollars. 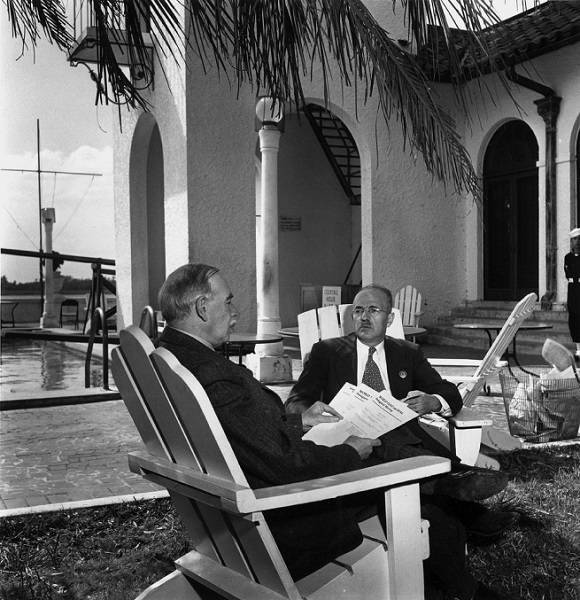 (Keynes and White agree on the Bretton Woods system)

However, White’s biographer, Robert Skidelsky - Baron Tilton and a member of the House of Lords of England, another well-known economist with Russian roots (born in Harbin in a family of Russian émigrés - grandfather on the one hand the merchant 1 of the guild of Manchuria) even in his apparent work on the USSR did not see espionage. “The USA and the USSR in 1930-40 were allies and friends. It was a collaboration for the common interest. Simply the diplomacy of that time required to camouflage too close ties, and White brilliantly played the role assigned to him by the American government. ”

Ctrl Enter
Noticed oshЫbku Highlight text and press. Ctrl + Enter
We are
What you didn't want to know about EnglandWhat we lost
Military Reviewin Yandex News
Military Reviewin Google News
33 comments
Information
Dear reader, to leave comments on the publication, you must to register.