Infusion of grants and loans into the fragments of the USSR. What is the difference between Russian money and others? 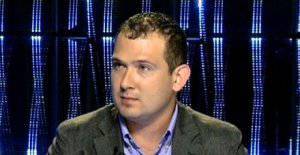 It’s no secret what price the decisive reversal of Kyrgyzstan was bought in the direction of Russia four years ago, even with the previous president Kurmanbek Bakiyev. Moscow provided Bishkek with a soft loan of $ 300 million, $ 1,7 billion for hydropower, $ 150 million of gratuitous assistance. If we consider that the Americans at that time spent about $ 150 million per year on all their programs in Kyrgyzstan ... In general, the fate of the American airbase “Manas” was quickly resolved.


However, such a sharp increase in the stakes in the game did not go unnoticed: other interested parties also multiplied their investments in control over Bishkek.

After 2009, a rapidly increasing dynamic is seen.

Here are fragmentary some loans and grants for 2012 year:

Now the experts of the International Monetary Fund recommend that the government of Kyrygizia should abandon conventional loans altogether, and take only preferential (almost zero percent, 5 – 10 years of deferment) along with grants. Yes, with so many sentences you can and sort out.

Moscow, however, went even further.

In 2012, with the signing of an agreement on the stay in Kyrgyzstan of the Russian military base, an agreement was reached on new loans and the cancellation of old debts - almost half a billion dollars.

How long can the attraction of unprecedented generosity last? Should Russia constantly finance all potential members of the Customs Union?

Bolivar will not take out and should not

In fairness it should be noted that loans and grants are not only and not so much to bribe local elites. Kyrgyzstan really is in a very difficult position. To the extent that without foreign assistance, the population of the country risks being on the verge of real hunger. One can argue about the true goals of various grantors and lenders of Kyrgyzstan, but the Customs Union is most interested in the economic development of the country.

Yes, theoretically, Russia can finance a relatively small Kyrgyzstan, both for the sake of security on the southern border, and for other reasons. Especially, if in the future (again, theoretically) to share this financial burden with partners in the Customs Union. But the ambitions of the vehicle are not limited to the accession of Kyrgyzstan alone. There is also Tajikistan. There are also Armenia and Moldova. There is, finally, Ukraine, 46 of millions of whose population even the EU would be afraid to take on.

How much will the possible transformation of our “Eurasian economy” into collective Kirghizia cost? The ability to manipulate the degraded fragments of the once united country is unlikely to provide Moscow with sufficient moral consolation.

And even vice versa. The union will be justified and mutually beneficial only if its member countries have an approximately comparable level of development. As a matter of fact, only such a Union is needed. Kyrgyzstan also needs another. The current state of the economy, when GDP per capita is twelve (at par) or five (at purchasing power parity) times less than that of neighboring Kazakhstan, is unacceptable for real integration.

Financial assistance should be aimed at solving this particular problem. And while this is happening.

Priority is given to the energy sector of Kyrgyzstan (the foundation of the economy) and the military (basis of stability). The remaining part goes to closing the financial holes of the budget (otherwise, just collapse).

Features of grant loans from the World Bank

The World Bank, whose headquarters will definitely never live with Kyrgyzstan in the same economic and political space, can afford projects of a different kind. Beautifully sounding, but far from the real development of the country.

Thus, the next WB loan, approved in March of this year, will be aimed at modernizing the education system. Nine million dollars in a soft loan and more than seven million dollars in a grant will be spent on improving the management and accountability of schools. And even earlier, the WB gave grant loans for training local government employees in the basics of budget planning, for connecting rural residents to the water supply system, for repairing classes in schools ...

All this is useful and necessary.

But the main feature of such projects is that they have a good ratio between the finances spent and the total number of beneficiaries. Tens of thousands of people are involved in joint activities, propagating something or repairing something. According to reports from the same World Bank, on his initiative from 2006, only in the agricultural sector of Kyrgyzstan 6000 micro-projects were implemented, 70900 officials were involved, 1698 villages were favorably received.

Moscow is often reproached with a small number of such grants in the national outskirts. Of course, this concerns not only Kyrgyzstan, but the entire post-Soviet space. Like, sorry, or what? Look at how your competitors work: the media, government, and public organizations do not miss anything. And the result is obvious. But only this result often gives nothing but personal gain and a pleasant feeling of the work performed on the performer’s soul. Loan with a ten-year delay in the development of the Bologna system in Kyrgyzstan? Isn't it funny?

Yes, you can buy media, change public opinion, improve attitudes towards the Russian language and achieve some other successes in the humanitarian sphere. Not only in Kyrgyzstan, Moldova or Ukraine, but even, probably, in Georgia.

But fundamentally, the question of the integration of the republics of the former USSR will be solved in the course of other projects - industrial, military.

By and large determine the economic future of the country.

Ctrl Enter
Noticed oshЫbku Highlight text and press. Ctrl + Enter
We are
List of destroyed the largest and most high-tech enterprisesRevealed the secret of provocation in the American Boston
Military Reviewin Yandex News
Military Reviewin Google News
28 comments
Information
Dear reader, to leave comments on the publication, you must to register.