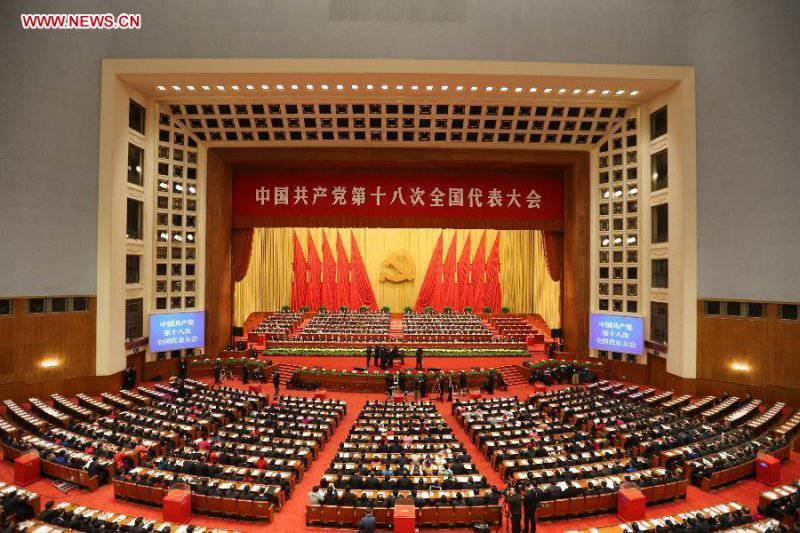 How long ago it happened is not clear, but we have become accustomed to saying “universal values”, we mean “Western values”, and this is taken for granted. The same thing happened with the concept of "civilization." The enlightened Western countries made this word their motto, appropriated it to themselves and thus monopolized the right to culture. That is why we are now talking about the barbarians who broke into civilized Rome. Today, the words “modern” and “of universal value” are synonymous with enlightened Europeans.

When the honorary title of civilization passed from Europe to America, the dominance of Western values ​​became almost absolute. The “American” and “Western” have become interchangeable concepts, and the Americans themselves have become the indisputable authority on the choice of development model, declaring, in fact, that the American liberal capitalist model is the crown stories.

But the newly emerging economic powers, and especially China, which became the most characteristic representative of this group of countries, dealt a heavy blow to universal Western values, which led to the emergence of various “yellow threat theories”:

First option: China’s development will soon stop, because China lacks core European values. That is why we need to worry about how the PRC is doing with human rights and democracy, and hope that in the course of contacts with civilized countries, it will be possible to export to China the beginnings of universal human values, which later turn into a coherent system.

The second option: China has its own value system, but it cannot be universal. Moreover, China denies the existence of universal values. Based on this, China is the enemy of universal morality.

The third option: China has its own view of universal human values, not inferior to the Western and embodied in the "Chinese model." This model is a threat to the rule of European ideas, and China is actively promoting it. Therefore, Europeans are worried about how they should live if the Chinese view of global values ​​spreads to the whole world.

In conditions when the West has indisputable authority in matters relating to universal values, China finds itself trapped in a triple paradox: it does not matter whether China has its own values ​​or not, no matter how it relates to “universal human values”, it will still be considered a threat for the West.

Although ancient Chinese thinkers talked about the “world under Heaven,” in reality they represented a value system that extends only to East Asia, Western “universal human values” are just a reflection of universal values ​​in the prism of Western culture. The “universal human values” that now exist are the product of Western civilization, which has the advantage of primacy here. But now this championship hinders China in its moral and ethical growth.

In the modern era, the pro-Western "universal values" chained the world into chains, and Western civilization began to nullify the cultural diversity of the Earth. However, European intellectuals realized that Western culture can no longer cope with the eternal changes in the world or even simply offer an effective way out of the debt crisis. They began to pin their hopes on Chinese civilization, hoping that it would be able to pave a new, different from the western, path to the future. In other words, the world needs the Chinese dream. And for us it is an inexhaustible source of strength and confidence that the chosen theory and structure are correct, and that we are on the right path.

Chinese ideas “by changing yourself, changing the world”, which have become part of the official policy of China in the modern era, are now becoming a force capable of changing our culture as a whole for the better. The coming of power to greatness, the revival of the nation, the transition of civilization to a new level - it is in this triunity that the main message of the Chinese policy of peaceful development is contained. What is meant by the transition of civilization to a new level? Build on the basis of Chinese values ​​a system suitable for the entire world community. To create for the benefit of the whole world such a system, such a material and spiritual culture, which, having originated in China, will serve all countries, will be a product of the joint efforts of all countries and peoples.

At the level of thinking, the transition of civilization to a new level is expressed, first of all, in the transition from local thinking to global thinking, and this transition is fixed in the report on the outcome of the 18-th CPC Congress. This report at once at several levels firmly determined the basic values ​​of the Chinese model. On a personal level, this is love for the motherland, dedication to work, conscientiousness, and good faith. At the family level - freedom, equality, justice, and reliance on the law. At the state level - the desire for wealth and power, democracy, civilization and harmony. Then, on this basis, the report also identified the main universal value that should exist at the level of the entire planet: “the world is everywhere under Heaven”. And it is within this system of values ​​common to all mankind that China will be formed today, combining three principles: traditional China, modern China and world China.

If you look from this point of view, it becomes clear that the great revival of the Chinese nation is not just a return to any sources, because it would not solve the problems and problems that China faces today. Moreover, this is not an attempt to simply “grow up” Western and Eastern civilizations: our paths are too different, moreover, the West has enough problems. No, the revival of the Chinese nation is three in one: a return to the best, a willingness to absorb the superb and the creation of a new one.

How else can this be explained? First, through the return of the best elements of original Chinese culture and at the same time the development of elements of Western culture that already exist within our civilization, to meet the whole world. Secondly, having absorbed Western civilization, discard the myth of "universal human values" and create a system of real values, close to all members of humanity. Thirdly, to form a new universal civilization and, becoming the flagship of a new, post-Western era, create the prerequisites for the eternal development of all mankind in the world, where China will be an assistant and mentor to everyone.

Ctrl Enter
Noticed a mistake Highlight text and press. Ctrl + Enter
We are
"Eagle" or "Bear"? Who has the newest fighters better - from America or Russia? ("People's Daily", China)US National Security Interests and American Values: Primary and Secondary
32 comments
Information
Dear reader, to leave comments on the publication, you must to register.