The White House lost the information war against the Kremlin 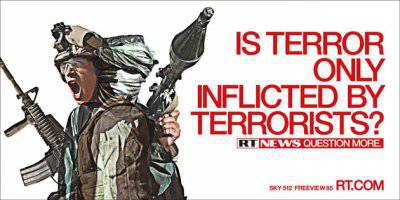 Back in 2012, in July, members of the Pew Research Center, who worked on the For Excellence in Journalism project, came “YouTube” is a new kind of visual journalism. This service is the third most visited site on the World Wide Web.


A notable phenomenon last year on the YouTube service was the television company News Russia Today, supported by the Russian government. At that time, she created 22 of the 260 most popular YouTube videos. In second place in 2012 was the American channel Fox News. It should be noted that most of the video clips of this channel were posted on the network not by supporters, but by critics of this company.

In the last days of their secretary of state (February 2013), Hillary Clinton was forced to admit: the US is losing the global information war. These words were spoken not in a family conversation with Bill, but in an appeal to Congress. Hillary believes that the State Department needs both new media and money for American propaganda.

In an interview with the correspondent of "RT" Gayane Chichakyan, Secretary of State confessedthat watches the program "RT" and complained that the private American media do not cope with propaganda work. CCTV (China), Al Jazeera (Qatar) and RT successfully compete with US media. Frank Hillary did not hide the fact that the United States is in a state of information war with Russia. And in this war wins the victory of "Russia Today", and not some "CNN".

“We are in a state of information warfare, and I will tell you frankly that we are losing this war! Al Jazeera Wins. The Chinese have created a global television network that broadcasts in English and other languages. The Russians created an English language channel. I watched it in several countries, and it was very instructive. "

According to Clinton, the United States “did an excellent job” during the Cold War, bringing its political position to the whole world. The mistake was that after the fall of the Berlin Wall, America relaxed. And today you have to pay for this “high price”.

Hillary lamented the fact that private American media are not able to fill the gap created after the Berlin relaxation. Moreover, according to Clinton, these very private media pursue goals that are contrary to American values ​​and generally opposed to Americans (the latter was not specified). 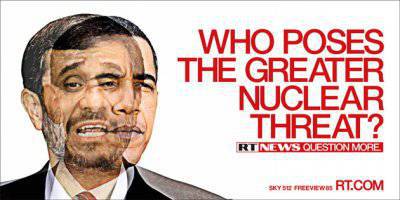 What programs harm the great America? It turned out that the series "Rescuers Malibu" and shows of the world wrestling. One Afghan general told Hillary that, in his opinion, all Americans are engaged in wrestling and walking in bikinis.

Continuing the interview, Gayane Chichakian noted that if five years ago the western channels, including BBC and CNN, had a monopoly on the coverage of world events, now more and more viewers are turning to various foreign media outlets look at events. " The journalist clarified that the “RT” videos on “Youtube” have almost 300 million views, while “CNN” has only about 3 million. Western monopoly is over. People need multipolar thinking. As for the coverage of the unrest in the Middle East and North Africa, the Americans “bypassed” Al Jazeera.

In Europe, too, recognize the victory of "RT". German "Tagesspiegel" пишетthat the success of the Russian television network changed the position of the scales: the West was at the bottom, in a defensive position. The Germans declare that today "RT" along with "Gazprom" and trade weapons - the most effective tool of Russian foreign policy.

For eight years, the Kremlin has managed to create a state counterweight to CNN and BBC. Today, the Russian channel has an audience of 630 million in more than one hundred countries. More than two thousand employees provide round-the-clock broadcasting in four languages: Russian, English, Arabic and Spanish. In the UK, "RT" watches 2 million viewers - there it is the most popular foreign English-language channel along with Al-Jazeera.

Against the pale background of how CNN and BBC are speculating about North Korea and broadcasting new sanctions, the Russian TV channel reports that Syrian rebels have taken UN peacekeepers hostage, depicts Assad as a victim rather than a criminal, and a rebellion against him calls "A joint project of the CIA, MI-6 and Mossad." In another program, the plot comes from Pakistan: a disgruntled population is protesting against the strikes of American UAVs Finally, the American soldier B. Manning is proclaimed on "RT" as a political prisoner and a hero.

As a result, the audience is presented with a two-faced, thoroughly false world of Western politics.

Back in 2010, a large-scale advertising campaign “RT” was launched, developed, among other things, by the agency McCann Erickson. 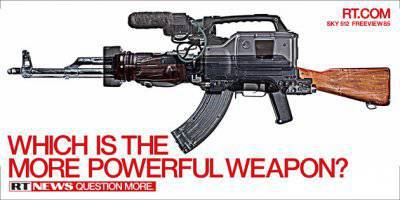 "... On one of the posters, US President Barack Obama mutates into Iranian President Mahmoud Ahmadinejad, which is accompanied by the suggestive question" Who is the biggest nuclear threat coming from? "On the other, you can see a NATO soldier turning into a Taliban, and the question:" The terrorist threat comes only from terrorists? ”

The success of “RT”, German journalists believe, can find followers - for example, if Chinese “Central Television” is generously funded and becomes a global network broadcasting in several languages, then Western democracies will have a hard time.

As a conclusion, it should be added that other Russian information resources operating in the network space: “Century”, “Strategic Culture Foundation”, “However”, “Pravda” make their contribution to the creation of a “very instructive” and “fresh look at events”. .ru "," Voice of Russia "and, of course," Military Review ", the daily updated content of which is long overdue to translate into English.

Observed and commented on Oleg Chuvakin
- especially for topwar.ru
Ctrl Enter
Noticed oshЫbku Highlight text and press. Ctrl + Enter
We are
Family policy of Russia. Without a healthy family there will be no strong stateMAX-2013. Third day
Military Reviewin Yandex News
Military Reviewin Google News
198 comments
Information
Dear reader, to leave comments on the publication, you must to register.