March 19 2013
13
Yury Vasilievich Bondarev is one of the few representatives of “lieutenant prose” who is still with us among the living. Born in 1924, he survived the Great Patriotic War, fighting in divisional artillery. Many of us know the films put on his books, this is both the “Battalions are asking for fire”, and “Hot snow”, and “The Shore”. Bondarev also co-wrote the script for the world-famous film epopee of Yuri Ozerov “Liberation”. The works of the author were translated into more than 70 languages ​​of the world, and the last novel, “Without Mercy,” was published by the author in 2004 year. Currently, the writer lives and works in Moscow.


September 8, 2004, by a resolution of the Volgograd City Council of People's Deputies for his great personal contribution to the formation of the image of the hero city of Volgograd as a center of military glory of Russia, as well as a contribution to the preservation historical in memory of the heroes of the Battle of Stalingrad, Yuri Vasilievich Bondarev was awarded the title "Honorary Citizen of the Hero City of Volgograd." It was near Stalingrad in 1942 that the military path of the future famous writer began.

Yuri Bondarev was born 15 March 1924, in the Orenburg region in the city of Orsk. His father was Vasily Vasilyevich Bondarev (1896-1988), who worked as a lawyer, a public investigator, and an administrative worker. The mother was Bondareva Claudia Iosifovna (1900-1978). Most likely, the writer owes his longevity to his father. Currently a writer 89 years. Yuri Bondarev is married and has two daughters. 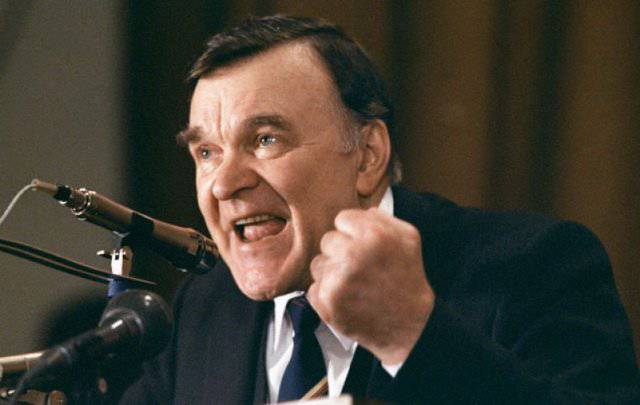 In 1931, the Bondarev family moved to Moscow and settled in Zamoskvorechye. Here the future writer studied in 516-th secondary school. Like many boys of his generation, he was fond of football, skating, and pigeons. At the same time, already a fairly large place in the sphere of his interests was occupied by books, which was greatly facilitated by his mother, who often read her son out loud in the evenings and was able to instill in Yury a love for Russian classical literature.

Like many young people of his generation, the main trials of character and the main event of a lifetime for Yuri Bondarev was war. In the 1941 year, being a Komsomol member, the future writer, together with thousands of young Muscovites, took part in the construction of a strip of fortifications near Smolensk. After that there was an evacuation from the capital, already in the evacuation Bondarev finishes the 10 class of the school. In the summer of 1942, he was sent to study at the 2 Berdichev Infantry School, which at that time was located in the city of Aktobe. Already in October, 1942, the cadets of this school were sent to Stalingrad, to the fields of a grand battle. In the rank of junior lieutenant, Bondarev was appointed mortar commander in the 308-th regiment of the 98-th rifle division.

After the war, recalling those events, Bondarev said: “I still remember well those sulfur burns in the steppes near Stalingrad, the icy cold of guns that froze so hot in the night that the cold of the metal could be felt even through mittens. I remember the hot gas from the hot breech, the powder stench of spent cartridges, the desert silence of the starry sky at night. I remember forever memories of the smell of hard and frozen, like stone, bread, crackers, as well as the unspeakable scent of the soldier's "wheat" in the violet of a cold winter dawn. " 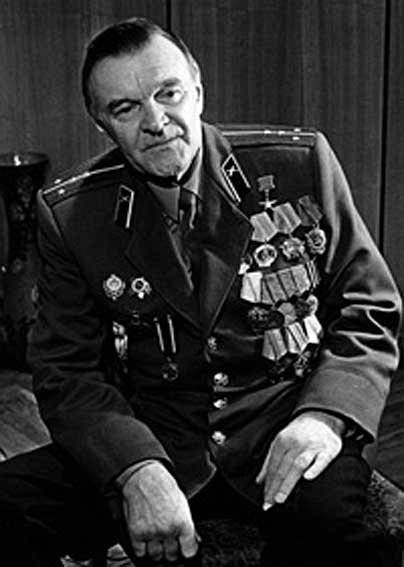 During the fighting at Kotelnikovsky, Yuri Bondarev was contused, slightly injured in the back and frostbite. After the end of treatment at the hospital, he served as a gun commander as part of the 23 of the Kiev-Zhytomyr division. He took part in the crossing of the Dnieper and the liberation of the capital of Ukraine. During the battles for Zhytomyr, he was wounded again and again found himself in a hospital. Since January 1944, Yuri Bondarev fought in the 121 th Red Banner Rylsko-Kiev Rifle Division on the border with Czechoslovakia and in Poland. In October, 1944 was sent to study at the Chkalov anti-aircraft artillery school, and after its completion in December, 1945 was recognized as partially fit for military service and demobilized from the army for injuries.

The front path of the future writer was marked with orders and medals. Yuri Bondarev was awarded the Order of the Patriotic War of I degree, two of the most revered soldier medals "For Courage", medals "For the Defense of Stalingrad", "For Victory over Germany", alongside Polish awards. During the war, the writer joined the Communist Party and remained loyal to it until its liquidation in 1991. It is noteworthy that in the same year 1991 Yuri Bondarev signed the appeal "Word to the people." The authors of this appeal, which was published in the newspaper Sovetskaya Rossiya, appealed to the citizens of the country with criticism of Mikhail Gorbachev and Boris Yeltsin, called to prevent the disintegration of the country and create opposition movements.

It was during the time when the Great Patriotic War was on the fronts of the Great Patriotic War that the clear and crystal clear commandments of love for the Motherland, decency, and fidelity finally entered the minds of Yuri Bondarev. Indeed, in battle, everything was obvious and utterly naked: what is good and what is evil. At the same time, willy-nilly, everyone faced a choice and made it once and for all. Yuri Bondarev even then forever chose for himself a bank of human decency. And at the same time in the war, he realized that "a man is born for love, not for hatred." The author put these words into the mouth of one of the heroes of his story "The battalions are asking for fire." The main theme and problems of his works throughout his career was the problem of moral choice (both in wartime and in peacetime), the search for a person’s place in the world. 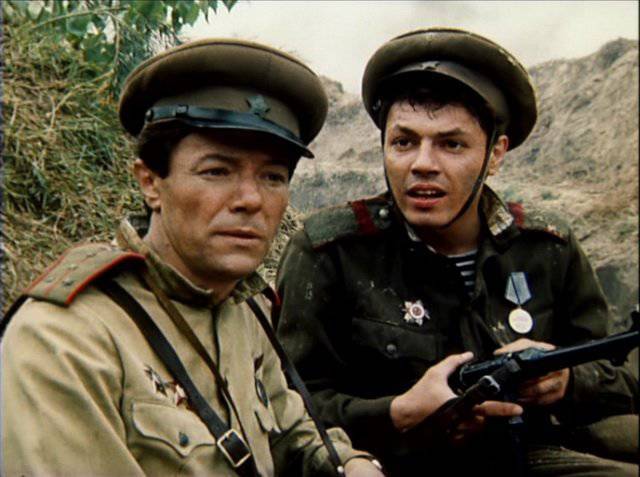 In the works of the author, the unforgotten experience is revealed, which makes many literary critics speak of Yuri Bondarev as a living classic of Russian literature. His works and heroes have become a moral reference point for many generations of the inhabitants of our country. In his books on military subjects, Bondarev shows the heroism of Soviet soldiers and officers, revealing their continued loyalty to the people and homeland, showing the reader their psychology.

For many decades, the writer continues to work on a cycle of miniatures, called "Moments". In this literary work he appears to the reader as a thinker, romantic and philosopher. For all the years of creativity, the works of the author have been translated into more than 70 languages, and in total, 1958 of his works have been published from 1980 to 130 over the years. The exhibition, which was launched in the building of the former Leninki for the writer's 80 anniversary, could not accommodate all of Yuri Bondarev’s books in the library.

Repeatedly, according to his wishes, feature films were shot. He also became a co-founder of the “Liberation” film epopee scenario, which told about global events of the Great Patriotic War. This film only in the USSR for 2 of the year was watched by 350 million viewers. As one of the creators of this film epic in 1972, Yuri Bondarev was awarded the Lenin Prize. 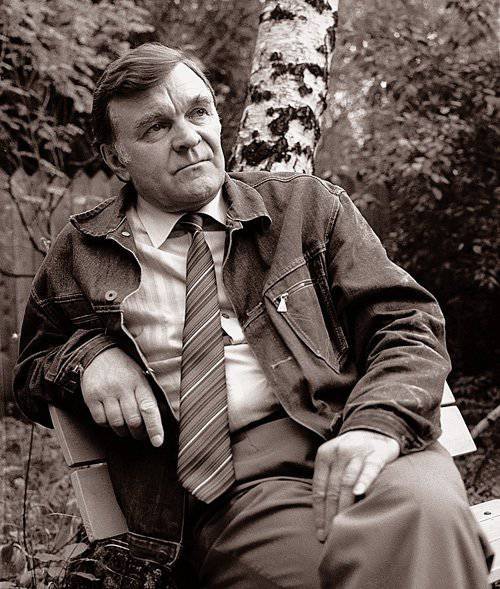 In addition, the work of the writer was awarded many social and state awards. So he was the winner of the Lenin Prize (1972 year), 2-s USSR State Prizes (1974 and 1983 year - for his novels "Coast" and "Choice"), State Prize of the RSFSR (1975 year - for the script movie "Hot Snow") , in 1984, the writer became the Hero of Socialist Labor. He is also a laureate of the Alexander Nevsky, Leo Tolstoy, V. K. Trediakovsky Prizes, the M. Sholokhov International Prize. He was awarded the gold medal of A. A. Fadeev, the order "Big Star of Friendship of Peoples" (Germany) and many other awards of foreign states.

It is worth noting that Yuri Bondarev rather toughly assesses the modern Russian reality. According to him, we live in timelessness, time without big ideas, without morality and natural kindness, without defensive modesty and modesty. "Our freedom is the freedom to spit in our past, present and future, in the holy, inviolable, pure ..." But at the same time, the writer does not lose faith in the future of Russia, he is convinced that even in a very terrible tragedy there is a place for hope.

Interesting facts from the biography:

At one time, Yuri Bondarev left the editorial board of the magazine “Our Contemporary” in protest against the fact that Alexander Solzhenitsyn’s novel “October of the Sixteenth” was published in the magazine.

In 1994, the writer refused to accept the Order of Friendship of Peoples from the hands of B. N. Yeltsin. He expressed his position in a telegram to the first president of Russia, in which he said: “Today it will not help the good accord and friendship of the peoples of our great country.”

Ctrl Enter
Noticed oshЫbku Highlight text and press. Ctrl + Enter
We are
"Lieutenant Prose" - Vasil BykovToday 79 would be the first man who flew into space - Yuri Alekseevich Gagarin
13 comments
Information
Dear reader, to leave comments on the publication, you must to register.