"Humanization" of the Russian army in action

March 19 2013
136
Recently, a lot and persistently talking about the humanization of the Russian armed forces. However, as often happens, in words we say one thing; in fact, we have a completely different one. Hazing from the Russian army did not go anywhere, soldiers periodically die. And decisions that are made by senior officers, in some cases do not lend at all to any reasonable explanation. The last case of "military cretinism" occurred in the Nizhny Novgorod region in the garrison of a military unit in Mulino, which even before it managed to gain sad glory.


Another scandal is connected with the fact that the leadership of one of the military units of the Mulino garrison during the inspection took out sick soldiers from the territory of the medical unit. It is reported that soldiers with acute respiratory infections and bronchitis for 3-x days were without medical assistance. In this case, the soldiers had to sit in a cold room, located on the shooting range. The alarm about this incident was only beaten after the mother of one of the conscript soldiers who had been hiding at the training ground turned to the “Committee of Soldiers' Mothers”. The woman said that her son and several dozen other colleagues were forced to "sit quietly and not hang out."

According to Natalya Zhukova, the head of the Nizhny Novgorod Committee of Soldiers' Mothers, 38 soldiers and conscripts were taken to the shooting range, where they spent 12-13 hours every day, instead of treating them, studying the statute. At the same time, only 12 people remained in the medical unit - those who already had high fever and who were dangerous to transport. It is worth noting that in a kind of repository the soldiers of urgent service were really hard times. The low air temperature forced the conscripts to cling to the only warm battery in the room. “Hide and seek” ended only after the high command of the Western Military District left the unit, who visited it with a check.

Apparently, the leadership of the military unit feared that a large number of patients in the hospital would cause unnecessary questions about how this could happen. Anyway, military foreheads, it is difficult to call them differently, they decided to send sick people out of sight. At the same time, they didn’t think at all that by replacing the drugs and the hospital with a cold room and the cramming of the statute, they would only aggravate the soldiers' illness. So in the end, some of the soldiers-conscripts earned serious complications from such sitting on the range. 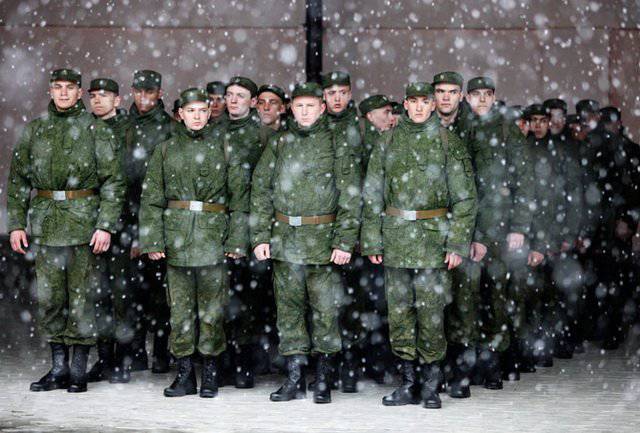 Parents of sick soldiers complain that the command of the unit does not care at all about personnel. As an example, they cited the case when, after a five-kilometer jogging on skis, the team was built on the parade-ground, where the 1,5 stood for an hour. During this standing in the cold, the sweaty soldiers could get sick massively. At the same time, the unit commander may have thought that in this way he was hardening the servicemen.

As soon as given история with the sick became known to the public and to journalists, the military prosecutor's office of the Mulino garrison promptly conducted an inspection. As a result of the audit, it was established that during the period from 14 to 16 in January 2013, military personnel who were treated at the medical center of military unit No. 30683, at the direction of the command, namely, the commander of the unit, Colonel Kirill Sukhoruchenko, were taken out to the rifle range for the time when the part was checked by their superiors headquarters. The deputy of the military prosecutor of the Mulino garrison, Alexei Miloserdov, told journalists about this. At this step, the leadership of the military unit went, in order to show the imaginary well-being on the issue of incidence of military personnel.

The prosecutor's office told reporters that conscripts had been kept in a room that was used to heat the soldiers while they were at the training ground. At the same time at lunch all the soldiers returned to the military unit, after which they were again taken away from the eyes of the inspectors. At the landfill they were until the evening. Also during the investigation, it was established that false documents existed on the part of the commanders of the military unit. In particular, according to the reports, the command staff, represented by Colonel Kirill Sukhorudchenko, discharged sick soldiers on the day of the inspection, but after the inspector left, the unit commander ordered that the discharge dates of the soldiers be valid.

After all the details of this rather loud history became known, the leadership of the “prosperous” part was punished. As you understand, no resignations, landings or lows in rank followed. The commander of the unit, Colonel Sukhoruchenko was brought to disciplinary responsibility, he was severely reprimanded. In addition, the prosecutor of the Mulino garrison he was warned about the inadmissibility of violation of the law. The chief of medical service of the military unit, Senior Lieutenant Yakin, also received a severe reprimand. In this case, the materials on this fact were transferred to the military investigation department for decision-making. 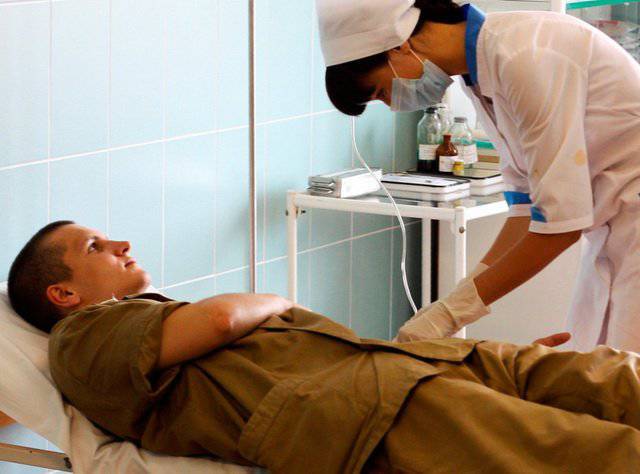 The most interesting thing is that this is not the first case of mass disease of soldiers in the Mulino garrison. In the fall of 2011, at the Mulinsky training ground near 30, the conscripted soldiers became ill with pneumonia, one of them died. Earlier on an even larger scale (up to several hundred soldiers), cases of ARVI and pneumonia were noted in Voronezh, one conscript soldier was also killed. And in December, 2010, in Ugra (Kemerovo region), more than 200 soldiers were hospitalized with colds. Taking this into account, it is all the more surprising that the command of the units does not draw any lessons from this, can the whole thing be the absence of adequate punishment for such violations?

If we talk about Mulino's military garrison outside the case of colds of soldiers, then quite a lot of sad stories pop up. To do this, even especially not have to spend a long search on the Internet. So 13 August 2012, in one of the premises of the bath-and-laundry complex of military unit No. XXUMX in Mulino, was found the dead 06709-year-old draftee from Saratov, Dmitry Bochkarev. His body contained traces of numerous injuries. In connection with the violent death of a serviceman, a criminal case was initiated. It turned out that his colleague, with whom they guarded the bath complex, mocked the soldier during 19 weeks.

Earlier, 28 July 2012, in the military unit No. 06709, Private Sergey Alexandrov (served for a month) shot the junior sergeant. According to the conclusion of military medics, Aleksandrov suffers from a chronic mental disorder in the form of paranoid schizophrenia. After establishing this fact, he was transferred from the SIZO to the Nizhny Novgorod Regional Psycho-Neurological Hospital. Kashchenko. At the same time, the question remains as to how a young man with such a diagnosis could be in the ranks of the armed forces and get into weapon.

In the same year, 2012, on May 2, one of the guided anti-tank missiles exploded at a military ground in Mulino during unloading ammunition from a car. As a result, 5 soldiers died at the site of the explosion, another died later in the hospital, 3 soldiers were injured by shrapnel. All the dead were conscripts. 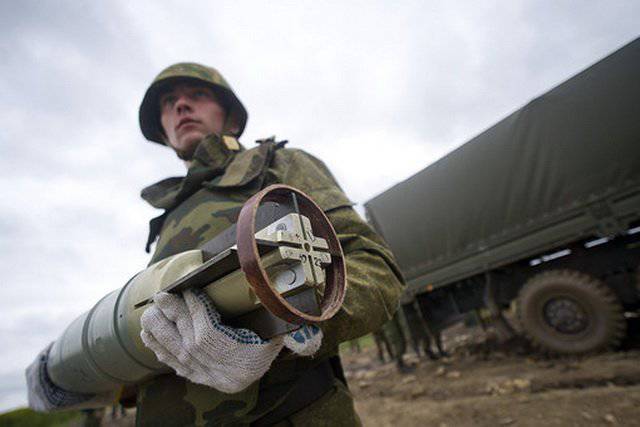 In 2008, on the night of 18 in November, the 25-year-old platoon commander in Mulino shot a contract soldier from Dagestan, and also wounded his buddy's 2's. According to the preliminary version of the investigation, the victims extorted money from the officer, according to another version, the suspect refused to return their debt.

In the 2006 year, at least 3 cases occurred in the garrison, which were covered in the media. 19 April in a forest belt near the unit was found by a soldier of conscript service. Earlier, on April 5, a conscript soldier died. The ACS under its control went under the water and the soldier drowned. Also in 2006, the captain of this military unit beat a conscript soldier to a state of paralysis.

Ctrl Enter
Noticed oshЫbku Highlight text and press. Ctrl + Enter
We are
The center of combat training in Mulino will take the military in February 2015Hazing in the Russian army: origins and methods of struggle
Military Reviewin Yandex News
Military Reviewin Google News
136 comments
Information
Dear reader, to leave comments on the publication, you must to register.