March 19 2013
83
Continued reports of the creation of a Mediterranean naval force Fleet Of Russia. Last Sunday, Fleet Commander Admiral V. Chirkov announced some details of ongoing work. This time, official statements touched on the formation of the formation and the number of ships in it. 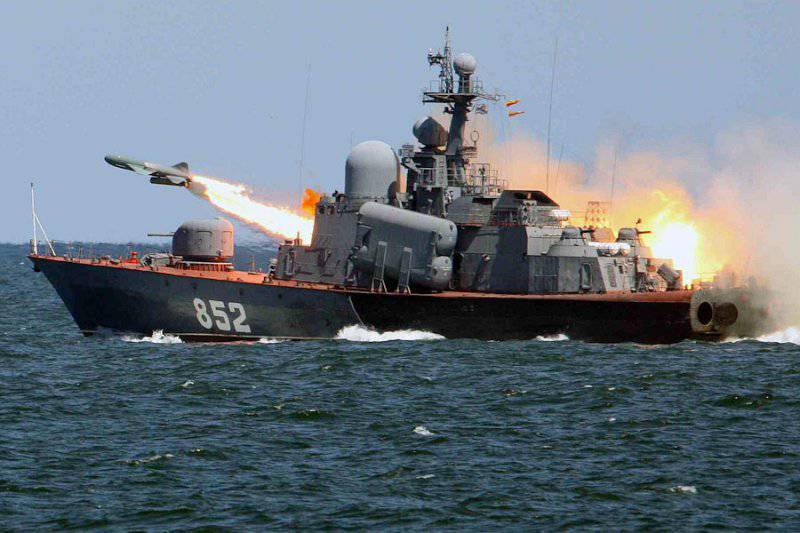 In Soviet times, the 5-th Opex (Mediterranean Squadron) consisted of 70-80 ships and auxiliary vessels, which on a rotational basis carried out military service in specified areas and from time to time replaced each other. For objective reasons, the composition of the new Mediterranean compound will be much more modest. According to Admiral Chirkov, there will be five or six ships and several auxiliary vessels in the Mediterranean at the same time. They, as before, will be in combat service in turn, so they will be able to ensure a permanent presence in the region, even with existing forces. The basis of the new operational compound will be cruisers and frigates, i.e. ships of the first rank. In addition to them, the compound will also include ships of other classes.

A few days ago, the Minister of Defense of Russia, S. Shoigu, said that the formation of a special governing body had begun to guide the Mediterranean operational force. Apparently, its creation has not yet been completed, but the commander in chief of the fleet has already told some details. Thus, the new compound will be managed through the existing structures of the Black Sea Fleet. Probably, in this way, the fleet command intends to speed up the process of creating the operational connection and at the same time insure against possible problems.

In addition to information about the management structure and quantitative aspects, Chirkov told other fleet plans. According to him, if necessary, the command of the Navy can begin to work out issues related to the creation of other similar operational formations. As an example, he cited the Soviet experience of patrolling the Pacific and Indian Oceans. If the need arises for such connections, the Navy initiates their creation. At the same time, operational units designed to operate in the Pacific or Indian Ocean are so far considered only as a possible path for the development of the Russian Navy. Now the main priority is to create a connection for work in the Mediterranean region.

As you can see, several new messages have been added to the information about the new connection. At the same time, a number of serious questions remain open. This is, first of all, the specific composition of the compound, the logistics of the ships, as well as the prospects for all the measures taken. Since the Ministry of Defense and the command of the Navy provides information bit by bit, there are a variety of opinions. For example, in recent weeks, in discussions, there is often a proposal to use the new UDC "Mistral" as part of the Mediterranean compound, which over the next few years will join the Russian Navy. Of course, such ships can be useful, because they can be not only amphibious, but also staff ones. In addition, the transported marines with equipment perfectly complement the "load" of large landing ships, which often go to the Mediterranean Sea to perform training tasks. However, the Mistrals, firstly, are still being built, and secondly, the first two ships of this type will serve in the Pacific Fleet. As for the third and fourth universal landing ships, they - if they are built and will be part of the Black Sea Fleet - will be able to enter combat service only by the end of this decade. Thus, the version with "Mistral" looks far from the best. Moreover, there are enough ships in the Black Sea, Baltic and Northern fleets and without the Mistral that are capable of carrying out the tasks set now.

However, it is sufficient to ensure presence only in the Mediterranean. As for the Pacific and Indian oceans, our ships for the next few years just can not always be in these regions. In this case, the problem lies not only in the availability of a sufficient number of ships and auxiliary vessels, but also in the comprehensive provision. To perform training and combat missions at a distance from the base, logistics points are necessary. In the Mediterranean region, our fleet has only one such point - in the Syrian Tartus. As for the Pacific and Indian Oceans, the bases in Cam Ranh (Vietnam) and Nokra (Ethiopia) ceased to exist in previous years. The resumption of these bases is not foreseen, so the Russian Navy will not be able to be constantly present in these regions.

It turns out that military sailors will not be able to return to the Pacific or Indian Ocean on a permanent basis. In this context, the plans of the Ministry of Defense look encouraging. Earlier it was reported that before the 2020, the Navy will receive more than seventy units of new equipment of various classes. At the same time, a certain number of ships and vessels that have exhausted their resources will be written off. A positive “balance” between the new and decommissioned equipment will eventually allow, if necessary, to increase the Mediterranean operational connection, and then return to other areas of the planet. However, this will require not only to build new ships. It is likely that the future of the Russian Navy will depend on diplomats.

Ctrl Enter
Noticed oshЫbku Highlight text and press. Ctrl + Enter
We are
5-i Opsk in photos. Part oneAdmiral Gorshkov aircraft carriers
83 comments
Information
Dear reader, to leave comments on the publication, you must to register.