Tashkent is authorized to manifest 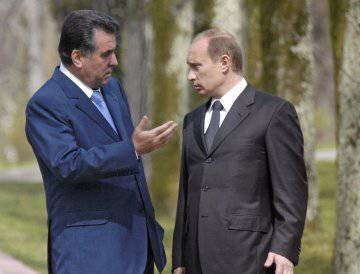 The authorities of Uzbekistan, hoping to acquire an ally in the face of the United States, risk exchanging strategic advantageous positions in cooperation with Russia.


The actions of official Tashkent in relations with officials of the State Department and the Pentagon increasingly resemble an attempt to take advantage of momentary gain. Judging by the latest decisions taken, Uzbekistan is on the path of ensuring positive positions in all areas, primarily for the geopolitical game of the United States and its allies.

The topic of cooperation between Uzbekistan and the United States in the framework of the transit of cargo in the operation "Enduring Freedom" was considered by experts several times. And each time, as the time of the final withdrawal of the coalition forces from Afghanistan approaches, the opinion of the expert community has increasingly moved away from optimism. The problem is that the United States, unlike other geopolitical players whose interests in Central Asia are obvious and recognized today, persistently demonstrate a policy of not only preserving, but also increasing the factors of its own presence.

The persistence of the American military-political ruling elite in the implementation of tactics and strategies carried out on the Eurasian continent cannot be denied. Especially if one puts in one row the real successes and projected prospects of the other major continental players, in the first place - Russia, not to mention the current regimes of the Central Asian states. The whole question is how the successes of the State Department and the Pentagon will affect the situation of the Central Asian states, because not a single operation using the military has had any positive results for anyone other than the direct "bearers of democracy."

В stories The twentieth century is enough examples of how bloody large-scale wars and local conflicts drove Eurasia into a state of stagnation — while overseas it crepeed and increased its financial, political, and military power in a star-and-striped flag. Not surprisingly, the United States would like to roll over this trend to its greater advantage in the 21st century.

Constantly declaring to the whole world that the United States should carry out the mission of guardians of true democratic values, American politicians, no longer hiding their true intentions, openly interfere in the internal affairs of other states with pompous talk about the benefits of freedom and democracy, imposing and dictating their own conditions. And the weaker the object of attention of the “guardians of democracy”, the worse it turns out later to those to whom this very democracy was brought.

For the sake of achieving its own goals, the United States goes all the way, even to the point of openly ignoring the opinions of the member states of the UN Security Council. So it was actually during the operation in the Persian Gulf during the overthrow of the Iraqi regime of Hussein, it was so in the Balkans, during the bombardment of Yugoslavia. This happened after the 11 events of September 2001. It is this date that determines the historical milestone, after which the role of the USA in destabilizing the geopolitical situation throughout the Eurasian continent becomes more than obvious.

After the overthrow of Hussein, American politicians had to admit that weapons mass destruction, for the sake of which liquidated the “Storm in the Desert”, was not found in Iraq. But there the American transnational corporations perfectly settled. The invasion of Afghanistan and the more than ten years of NATO military presence in the territory of the Afghan tribes did not justify the stated objectives of the fight against terrorism. The elimination of Osama bin Laden brought only political dividends to specific politicians, but an extremely expanded toolkit of influence appeared for the ruling military-political elite of Washington — and this against the background of multiply increased opiate production and the scale of the illicit arms trade.

The “Arab Spring” brought neither peace nor freedom, it only kindled a fire of civil strife on the African and Eurasian continents, and again the “bearers of democracy” did not remain at all, unlike all the rest. As for the “color revolutions”, skillfully provoked by American “experts” in the former republics of the Soviet Union - with the support of American and Western European capital, of course, even the current US ambassador to Russia, Michael McFall, has to admit - in none of the current sovereign states , now existing on the territory of the former USSR, today there is neither economic nor political stability. Is it possible to call the above-described historical events and current processes a coincidence?

A direct and obvious threat

It is impossible not to note the fact that the United States is achieving success in the foreign policy arena, artfully balancing its opponents on the existing internal and external contradictions. This is done even if we are talking about our own allies, who traditionally accompany the implementation of Washington’s foreign policy in every corner of the world.

It should be noted that the current ruling continental and regional elites can in no way show political short-sightedness, ignoring the consequences of the potential - or already imposed by the State Department - cooperation with the United States. Politicians who are in the current mainstream after the collapse of the USSR simply cannot be short-sighted, since this contradicts not only the theory of political struggle, but also such practice in the form of the results of the struggle for power.

The leaders who are today at the Eurasian continental political Olympus are well aware that they and their states are prepared for the role of the second, if not less important, plan in the geopolitical scenarios imposed by the Pentagon and State Department strategists. There is no need to give specific examples for evidence here - just look at the current map of the world and note those states that have already taken on the role of “partners” in the US over the past 20 years. Eastern Europe, the Baltic states, Georgia, and Ukraine are the last eloquent examples of effective “democratic construction”. Central Asia - alas, is absorbed by the same destructive processes, as events at least in Kyrgyzstan have repeatedly testified.

Observing the process of destabilization, the current ruling regimes of the other Central Asian states cannot but take into account the risks of in-depth "cooperation" with the United States and NATO. At the same time, thanks to an effective policy of balancing between the interests of regional elites, Washington is stubbornly moving towards achieving its main goal - to gain a foothold on the Central Asian springboard, establishing military-political and resource-strategic control.

The State Department does not hide its plans - the United States urgently needs to implement the concept of Greater Central Asia, which territorially covers not only the former Soviet republics of the USSR, but also Afghanistan. Of course, numerous forces and funds for the implementation of this concept are not spent for the sake of the accession of freedom and democracy. Washington is required to limit China’s ambitions by cutting off the PRC from the Middle East’s resources by destabilizing the situation in all territories west of the Chinese borders. At the same time, another, no less obvious, goal is being achieved: to settle in the space of Russia's geopolitical influence, leaving Moscow unsupported by the allies on the southern and south-eastern borders.

Is this known to official Tashkent? Judging by the policy pursued in relation to the CSTO and SCO member countries, it is known. After all, it is the prospect of protection from Moscow’s ambitions that is most likely the very “carrot” that the State Department shows in negotiations with the leadership of Uzbekistan. As tangible arguments capable of influencing the most important decisions of Islam Karimov, Washington expresses a desire to transfer to Uzbekistan some of the equipment and equipment involved in Operation Enduring Freedom. Leaving behind the ideological wrapper in the form of pretentious theses on “partnership for peace”, we must take into account the fact that later, in addition to the existing NATO equipment, Tashkent can count on updating and the necessary support of the technical base. And for this, it will be necessary to create a “small piece of America” on the territory of sovereign Uzbekistan in the form of a separate base of instructors and support staff.

Of course, at the moment there are some legislative obstacles, by virtue of which the United States cannot just take over and settle in Uzbekistan. However, according to experts, while maintaining the current trends in the policy of Islam Karimov and his favorable attitude towards the prospects of cooperation with the State Department, the issue of placing the American base is only a matter of time. After all, then it will be all the same what terms and “peacekeeping missions” the officially approved deployment of the US contingent or their closest partner in NATO to the territory of Uzbekistan will justify. The fate of the Manas airbase in Kyrgyzstan is the closest evidence of this.

Naturally, no one expects easy promotion of American diplomacy in Uzbekistan. Tashkent can not be persuaded by “gingerbread” alone in the form of dual-use equipment, and Washington is well aware of this. Nevertheless, due to the current situation, the United States and its allies in Uzbekistan today have a tactical advantage in the form of frozen or collapsible joint projects with Russia as the closest and most profitable geopolitical partner. To this is added another factor dangerous for the Russian Federation.

Washington is trying not to demonstrate active actions in the Central Asian direction as part of the previously announced “reset” with Russia (this program of cooperation, however, has only an echo with a loud name, but this is not the point). At the same time, with all their might, the US is pulling time, realizing that time is now working for Washington. 2014 is just around the corner, and with it is the direct and clear threat of the spread of Islamic radical groups. As practice shows, fundamentalists do not intend to almond with the remnants of the "secular Soviet" heritage in the face of representatives of the former ruling elite of the CPSU. This means that with the final mass exodus of well-trained NATO units from Afghanistan, the Taliban and its allies will immediately fill the resulting vacuum. And such a prospect does not at all please Islam Karimov, who automatically loses the position of a significant regional political leader.

Karimov is now actually caught up not only between the unconditionally advantageous - as it seems to him - prospects for cooperation with the United States and the threat of losing the remnants of influence if radical Islamists take control of the region. The head of the Uzbek state is extremely necessary to solve other problems - first of all, internal political and socio-economic ones. The standard of living of the population in Uzbekistan has not been called worthy for a long time; in this regard, Islam Karimov may, for good reason, be wary of sudden changes by analogy with the Bishkek events. Simply put, as if the current leader did not displace their own grown up and demanding students under the sun ...

Thus, today, both in Central Asia as a whole, and in Uzbekistan in particular, we again have to observe the configuration that most successfully develops only for Washington and its NATO allies.

To try to return Uzbekistan to the former system of regional balance of power is still possible - according to analysts, Russia could help with this, with its not yet completely wasted cultural, historical and socio-economic ties. But for a turn towards Moscow, Tashkent has less and less time. After all, the figures, placed today on the geopolitical chessboard, in several moves can put the King of Tashkent in a well-known sad position, declaring that ...

Ctrl Enter
Noticed a mistake Highlight text and press. Ctrl + Enter
We are
The sleeping giant of Central AsiaBorder conflicts: Blood education
207 comments
Information
Dear reader, to leave comments on the publication, you must to register.