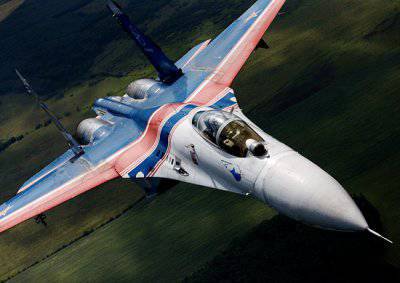 The demonstration flights of Russian Knights will be held from 26 to 30 in March. Total scheduled 5 aviation shows.

In the sky over Langkavi, pilots of the aerobatic team, led by Guards Lieutenant Colonel Andrei Alekseev, will demonstrate individual, group and counter aerobatics. The program also includes two elements of group aerobatics: the simultaneous performance of the aerobatic “bell” by a pair of fighters and the turn of building a “rhombus” on the “full boost” engine mode.

The return of the aerobatic team to Russia is planned for April 2.

To date, “Russian Knights” has been and remains the only aerobatic team in the world performing single and group aerobatics as part of 4, 6 and 9 combat aircraft on heavy Su-27 fighters and are the hallmark of the Russian Air Force.

Ctrl Enter
Noticed oshЫbku Highlight text and press. Ctrl + Enter
We are
The action “Military service under the contract is your choice!” In Rostov-on-Don: future contract servicemen, exhibitions and “Russian Knights”
Military Reviewin Yandex News
Military Reviewin Google News
34 comments
Information
Dear reader, to leave comments on the publication, you must to register.