Konstantin Sivkov: “Without additional infusions of weapons, the Syrian opposition will be crushed” 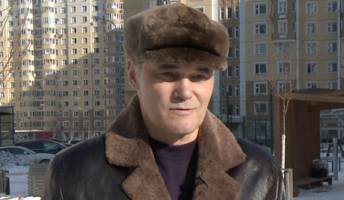 Syrian opposition is waiting for supplies weapons from the European Union. France has already expressed its readiness to start arming opponents of Bashar Assad, even if its EU partners refuse to lift the embargo. Military expert Konstantin Sivkov told in an interview with our Company what the “French initiative” could lead to.

Of course, in the case of the defeat of Bashar Assad, if he leaves power, the Islamists will be at the helm. And the most radical, as it happened in Egypt, as it happened in Tunisia. And how it is happening now smoothly in Syria. The Islamists also take power over Libya by armed means. Although the pro-Western government is still in Tripoli, let's say the months are numbered. Therefore, Israel is right. The fears of Israel are just. And, of course, it is beneficial for Israel to at least preserve Bashar Asad. Because to rely on the fact that in the event of the overthrow of Bashar Assad, Western liberals in Syria will come to power - this can only be an amateur or a dreamer.

- Israeli intelligence said that Assad intends to use chemical weapons against the opposition. How realistic is this? Will Assad take such steps?

This is another nonsense. Another lie that has been discussed for the past year and a half. The fact that Asad is about to use chemical weapons we have been hearing for about a year and a half. As a military specialist, I declare with full responsibility that the use of chemical weapons against partisan detachments is simply ineffective, since this will be accompanied by monstrous civilian casualties. These militants are distributed among the civilian population, on the one hand, if they are located in cities. And if they are in open spaces, then the use of chemical weapons against them is also meaningless, since it is easier to destroy them with conventional weapons in the mountains or in some spaces. Therefore, Bashar Assad is unprofitable to use it. And from another point of view, the use of chemical weapons by Asad will give a start to military intervention by the West against Syria.

Bashar Asad is not a murderer, not a suicide. And he clearly understands the consequences of this step. Israel makes such statements in order to create the conditions for a possible invasion of Syria by NATO and Israel. The purpose of such an invasion will certainly be the demolition, the elimination of the regime of Bashar al-Assad and the elimination of Islamist militants. That is, if the NATO members invade there, they will fight with both sides of the conflict and pursue the goal of establishing a pro-Western puppet regime in Libya.

However, this mode, naturally, cannot survive for long. This will mean a long protracted war of the Syrian people against foreign invaders - Israelis and NATO. The consequences of such a war, we know. The example of Iraq, the example of Afghanistan is obvious.

Ctrl Enter
Noticed oshЫbku Highlight text and press. Ctrl + Enter
We are
What you didn't want to know about EnglandInterview by President Bashar Al-Assad to the Sunday Times
Military Reviewin Yandex News
Military Reviewin Google News
30 comments
Information
Dear reader, to leave comments on the publication, you must to register.