"We need to bring everything back together" 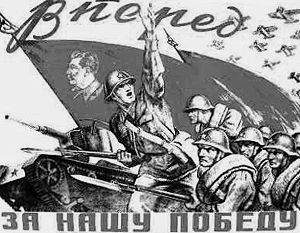 The heads of the General Staffs of the CIS countries on Friday signed a number of agreements aimed at increasing interaction between the armies of states. In particular, they discussed the creation of a joint communication system and automation of the armed forces, as well as issues of their integration. Experts consider this move towards cooperation beneficial for Russia.

The chiefs of the General Staffs of the CIS countries held a meeting in Moscow at which they signed a project package of agreements aimed at developing military cooperation within the framework of the community, reports RIA "News", Referring to the representative of the Secretariat of the Council of Ministers of Defense of the CIS captain 1-th rank Mikhail Sevastyanov.

The delegations of the General Staff of the armed forces of Azerbaijan, Armenia, Belarus, Kazakhstan, Kyrgyzstan, Russia, Tajikistan, Turkmenistan and Ukraine participated in the work.

“The documents envisage issues of cooperation in the framework of military-technical cooperation to create a joint system of communication and automation of the armed forces of the CIS member states,” said Sevastyanov.

According to the representative of the secretariat, the heads of the General Staffs reviewed the documents, which create a unified system for monitoring the radiation, chemical and biological situation in the countries. Also reviewed are documents on the further development of cooperation in the field of improving the unified system of state radar identification "Password" and issues of engineering support for the activities of the armed forces of the CIS countries.

In addition, the leaders of the General Staff approved documents relating to topographic and geodetic support, one of the types of combat support for the troops, whose duties include assessing the terrain, orienting to it, as well as resolving issues regarding the effectiveness of weapons and military equipment. The issues of interaction of hydrometeorological (meteorological) services of the armed forces of the CIS countries and the possibility of exchange of archival information were also considered.

“Among the listed documents there is the monitoring of the radiation, chemical and biological situation, the system of state radiolocation identification“ Password ”, and so on - it is impossible to single out the main thing,” Alexander Vladimirov, vice president of the Military Experts Board, told the VIEW newspaper. He is confident that, together, the documents are a system governing combat support issues.

The expert recalled that in Soviet times, similar issues were resolved on the scale of the Soviet Union. “Each district, each republic contributed its share in the regulation of security. With the collapse of the Union, this all ceased to exist, and with the collapse of our army, it also degraded, ”complained Vladimirov. He noted that the armies of the CIS countries are currently at different levels, primarily in terms of material and structural support. “Of course, now we need to bring everything back into a single military organization of the CIS so that they can interact and understand each other and that everyone bears responsibility for his zone in matters of military support,” the expert is sure.

“For Russia, the issue of interaction with the armies of the CIS countries is very important: our troops will be able to operate in areas where others cannot. The troops will be sure that all binding points correspond perfectly to maps and geodesic points, ”Vladimirov expressed his opinion. He noted that if the troops of the CIS countries act on different cards, and not on one, then "people will sooner or later not understand each other and may even suffer from it."

The question of whether the interaction of the armies of the CIS countries would lead to a complication of the situation with the North Atlantic alliance caused a fit of laughter from Vladimirov, he said that the NATO bloc was not a decree issued by Russia or any other country.

Note that in addition to reviewing documents on the interaction of armies, members of the committee of chiefs of general staff of the CIS countries stated the need for integration in the construction of their national armed forces.

“All participants noted the need to build their national armies based on integration principles within the framework of the commonwealth, without repeating each other’s mistakes,” said Army General Nikolai Makarov, Chief of the General Staff of the Russian Federation, and stressed that active reform of the armed forces of Ukraine, Kazakhstan and Belarus is underway. In the process of reforming, these countries can avoid the mistakes that their predecessors made in the CIS space.

The general emphasized that at the present time it is impossible for one state to create new types of weapons and equipment. Therefore, integration is also needed in this matter. Responding to a question about what is hindering this process, Makarov said: “The same processes are hindering that in the economy: for a long time the countries built their armed forces independently, without integration. Now we need to move from literature to actual matters. ”

In this regard, he said that the meeting considered more than ten integration issues, including engineering support for the CIS armies, the creation and improvement of communication systems, military-technical cooperation and the standardization and unification of topographic and geodetic information.