Commander-in-Chief of the Navy: Russia can create squadrons in the Indian and Pacific Oceans 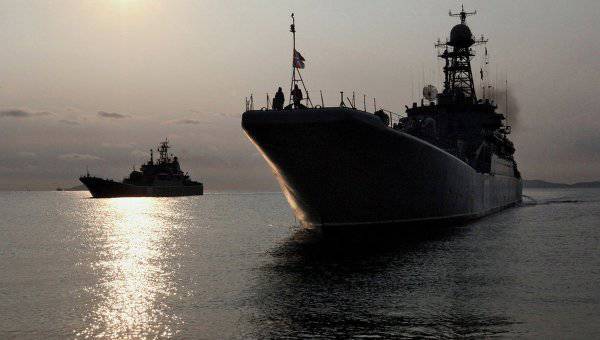 Russia can create naval squadrons in the Pacific and Indian oceans on a permanent basis. About this in an interview with the TV channel "Star" said the commander in chief of the Russian Navy, Admiral Viktor Chirkov.

V. Chirkov recalled that stories The USSR Navy already had experience when fleet there were squadrons in the Pacific and Indian oceans. According to the admiral, if necessary, the leadership of the naval forces "will offer the government and the president to create operational formations there on an ongoing basis."

V. Chirkov also said that the group that the Navy will create in the Mediterranean Sea will consist of 5-6 ships, which will be managed through the command of the Black Sea Fleet.

Recall that at the beginning of the week, Defense Minister Sergei Shoigu announced the need to form in the Mediterranean Sea an operational connection of the Navy on an ongoing basis.

Ctrl Enter
Noticed oshЫbku Highlight text and press. Ctrl + Enter
We are
Results of the week. “If I am leaning against a warm wall in a quiet place, then I’m still nothing at all!”
Military Reviewin Yandex News
Military Reviewin Google News
47 comments
Information
Dear reader, to leave comments on the publication, you must to register.