March 18 2013
41
Bureaucratism is the main and insurmountable barrier to innovative weapons. 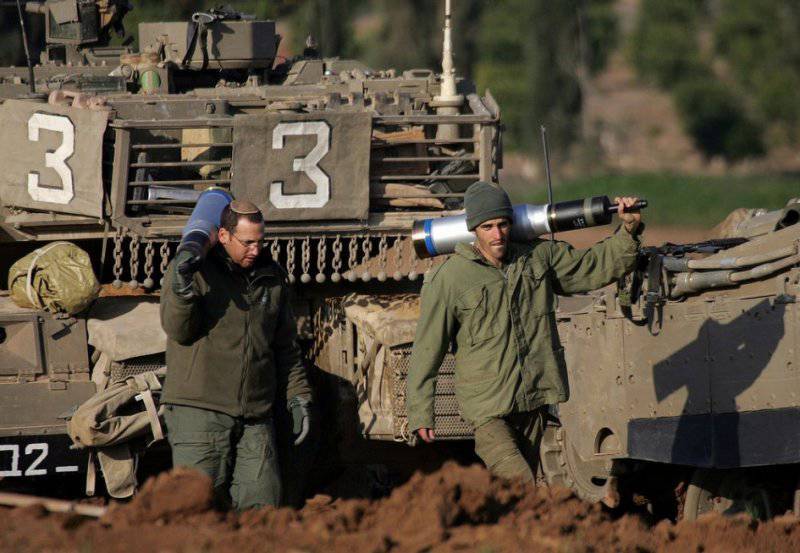 At all levels, including the highest, a lot of talk about the urgent need for innovation in the field of defense technology. But here's a real innovation, representing a world-class technical solution, turns out to be useless in Russia.

Contrary to the barriers

We are talking about a tank fragment-beam projectile, which creates two fragmentation fields: the axial field (“beam”) of ready-made attack elements and the circular field of fragments of the natural crushing of the hull (see NVO No. 46, 2005; No. 18, 2006; No. 46, 2010; No. No. 18, 2011). The idea of ​​the projectile was put forward in 1972 year, more than 40 years ago, by associate professor of the Bauman Moscow State Technical University Vladimir Odintsov, was met unfriendly, for a long time passed as “a worthless invention of Odintsov”. A more evil definition, nonsense, was also used.

Surprisingly, the inventor managed to convince the young director of NAMI (Scientific Research Automobile and Automotive Institute) Anatoly Kallistov and his deputy Vladimir Krenev to take up the development of this projectile. Half-life tests were carried out, even an exhibition sample was made. Related organizations have developed for tank T-72 (later T-90) “Aynet” projectile air blast control system and 3VM18 electronic fuse for it. The work was carried out almost without the support of the Ministry of Defense and gradually stalled.

In the year of 1994, after an exhausting struggle with red tape and counteraction at all levels, the Russian patent No. 2018779 was obtained. In this patent, the author introduced a clear definition of a fragmentation-beam projectile as a multipurpose, that is, providing, depending on the fuse installation, both a fragmentation target hit during an air gap and an impact penetrating-high explosive effect on brick and concrete barriers. Based on this, four main features of the projectile are formulated:
- the shell of the projectile is made solid-headed with a screw bottom;
- the head unit of the ready attack elements (fragmentation unit) is located outside the body of the projectile and is made in the form of a lining on the head part of the body;
- Ready striking elements of the frag block are made of heavy alloys - for example, based on tungsten;
- a bottom electronic fuse is used with installations for an air blast in front of the target or for a penetrating-high-explosive action with bottom contact or contactless command input.

What is especially important for the protection of domestic priority and intellectual property, the patent for the first time describes a fragmentation-beam projectile for a smooth-bore tank gun equipped with a drop-down stabilizer. The author then raised the question of the need for international patenting of the projectile. To put it mildly, this offer was received very coolly.

In 1996, the article "New Projectile for Tanks" was published in the magazine "Military Parade". By this time, Vladimir Odintsov became one of the country's most famous weapon inventors, in 1998, he was awarded the title of Honored Inventor of the Russian Federation. And he received a number of patents on the projectile.

The attitude of specialists to the projectile gradually began to change too. In addition, patents that develop this idea began to appear abroad. In 1998, the authoritative British magazine Jane's international defense review in an article devoted to the fight against anti-helicopter helicopters, described in detail the "Bauman" tank fragmentation shells (Bauman round). In 1999, the model of the projectile was shown to the Minister of Defense, Marshal Igor Sergeyev, at an exhibition in MSTU.

It seems to be the ice broke. But the first decade of the new century was still a fruitless struggle. During this time, new types of beam-type shells have been developed, 30 patents have been received, a large number of articles have been published in magazines and newspapers, reports have been made at conferences and seminars, two dissertations on the projectile have been defended under the guidance of Odintsov, many letters have been written to the president, the government, the Duma, the Ministry Defense, Military-Industrial Commission, etc. In all the letters it was indicated that similar developments are being conducted abroad and the domestic priority on the projectile may be lost.

Letters were dissolved in hardware labyrinths, at best an empty reply comes. A solid impression was created that no one needs any projectile or intellectual property. At the same time, a lot of positive and, one might say, high reviews about the projectile appeared in the press. Their selection is given in IEE No. 18 for the 2011 year. The assessment of Andrei Garavsky, the author of the article “Odintsov’s Projectile” (“Red Star”, 18.08.10), is fair: “It’s impossible not to see that the author did everything he could to advance the projectile into practice ... This selfless activity causes deep respect.”

In 2010, what happened was to be expected. Famous german armory Rheinmetall Defense developed and commissioned the DM120 11-mm tank fragmentation-fragmentation projectile for the Leopard and Abrams tanks. The projectile is designed as a multi-purpose, providing both fragmentation action from the trajectory, and penetrating high-explosive. The presence of the latter is particularly emphasized, given the ever-increasing role of regional wars, which take place to a large extent in human settlements. The appearance of the projectile and the main features exactly correspond to our patent No. 2018779. The projectile is made with a supersonic needle, which creates a Mach cone during flight, limiting the amplitude of the projectile vibrations. This scheme is widely used in domestic and foreign tank cumulative shells. With regard to the design of the fragmentation-beam projectile, it allows to reduce the metal mass located in front of the block of finished elements, which seriously improves the conditions of explosive throwing.

The design of the projectile and unitary cartridge contains a number of original technical solutions. These primarily include:
- entering commands and setting the time in the electronic trajectory fuse are made through the contact installed in the bottom of the sleeve and the electrical cable located inside the sleeve. In contrast to the domestic tank system Ainet, in which commands are entered on the loading path when lifting a projectile from a carousel conveyor located on the tank floor, stopping the lift and pulling the induction cap on the fuse, the unit is inserted after the shutter is closed, which significantly reduces time interval between entering and shooting.
- in the design of the projectile introduced an additional degree of protection in the form of a sensor that operates from the pressure of the powder gases after the shot.

The DM11 projectile is mass-produced, adopted for use by the Abrams tank of the US Marine Corps and has already been successfully used in Afghanistan since 2011. In January, General Motors (USA) and Rheinmetall Defense (Germany) set up venture company Defense Munition Internation (DMI) to develop and manufacture new tank shells. An important role in it is assigned to the improvement of the DM2012 projectile.
Intensive development of 120-mm tank shells is also under way in the United States and Israel. In the United States, the Picatin arsenal together with the GD-OTS and ATK firms developed the Spotter projectile in caliber (XM1065) and subcaliber (XM1068) variants. The projectile is protected by U.S. Patents 6983699 10.01.06, 7451704 18.11.08 and 8109213 07.02.12. In Israel, the 120-mm non-MR-T tank-beam fragmentation projectile for the tank ammunition “Merkava 4” was developed by Israel Military Industries (IMI). The projectile is in preparation for mass production.

In 2012, the Federal Agency for the Legal Protection of the Results of Intellectual Activity of the Military, Special and Dual Purpose at the Ministry of Justice of the Russian Federation (FAPRID) drew the attention to the intolerable situation with the protection of domestic intellectual property on the shell. On his initiative, an agreement was entered into with the MGTU and 13 of September 2012, an international application for the PCT / RU2012 / 000653 projectile was submitted to the World Intellectual Property Organization.

There will be a difficult struggle for domestic priority.

I will cite only two reviews of the journals: “Fragments and shells may be lost for Russia as the largest intellectual property object” (“National Defense”, No. 5, 2010), “Odintsov's Invention represents a revolutionary turn in the field of means of destruction” (“Intellectual Property” , No. 1, 2010). The situation is complicated by the fact that the serial production of DM11 projectiles has already begun. Nothing can be done: the well-established system of interference and counteraction to the Russian authors worked. On this occasion, I recalled a conversation with Vladimir Odintsov in 2009 year. I congratulated him on awarding the silver medal “For merits in the cause of inventiveness” of the International Academy of Inventors of the IAAOA. He sadly replied that the medal reflects the fate of the inventor in Russia as accurately as possible: "It depicts the inventor of the radio Alexander Stepanovich Popov, well, then you understand: the radio invented Popov, and Marconi received the patent, fame and millions."

40-year-old история a tank-beam shell projectile can serve as a textbook example of an extremely low level of state support for the work of defense inventors. Appeals for innovations in the defense sphere are constantly being heard, but the inventors either did not have the funds for research and development. Millions are much more willing to spend on frankly failed projects that are successfully mastered by the performers together with the customers.
In recent years, the bureaucrats have a universal rejection formula: "Deny for the absence of a foreign counterpart." Arms lag in this way is planned initially. Russia has become forever catching up. Wrecked ekroolety, after 20 years they realized, as in the USA they began to build them. Back in 1960, the first unmanned reconnaissance aircraft were developed, then they forgot and realized again when the whole world was armed with UAVs. The list continues to grow, as does the gap in the level of weapons between Russia and the West. Not in favor of Russia, of course.

Ctrl Enter
Noticed oshЫbku Highlight text and press. Ctrl + Enter
We are
Advanced MRM tank ammunition for firing out of line of sightFragmentation beam for a tank of the XXI century
Military Reviewin Yandex News
Military Reviewin Google News
41 comment
Information
Dear reader, to leave comments on the publication, you must to register.