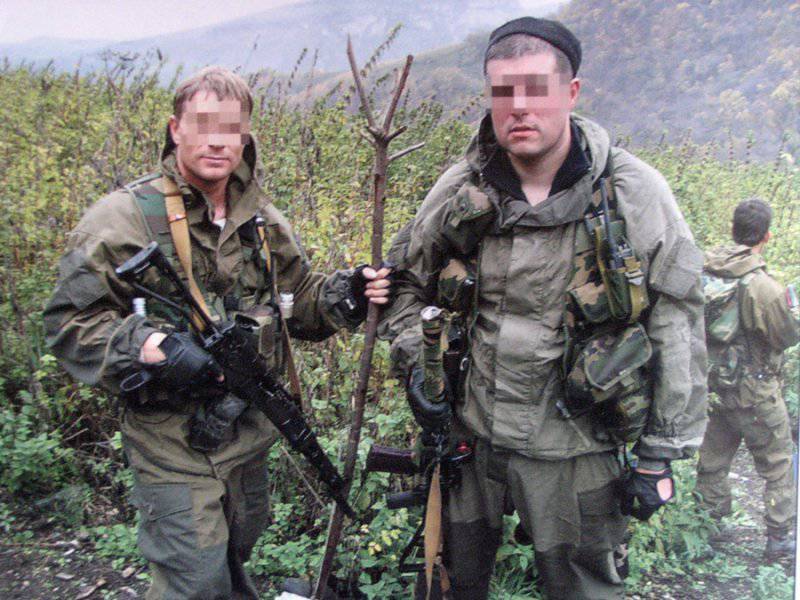 Few of the inhabitants of Russia do not know, or at least have not heard about Vympel. And it's not just that now is such a difficult time, when almost everyone expects something bad to happen in the next moment. The fact is that Vympel is the force that makes people feel protected in their state, not to lose faith in the fact that there are still professionals who are able to adequately resist terror and banditry.

This special forces unit was created in August 1981 of the year. One of the initiators of its creation was the head of the "C" department of the PGU of the KGB of the Soviet Union, General Yu. Drozdov.

It should be noted that the formation of "Vympel" had a difficult period: military operations were taking place in Afghanistan, and the Soviet limited contingent was in the conflict zone for the second year. The duties of the fighters of the newly created unit, headed by the captain of the first rank, Edward Kozlov, included the solution of special tasks in a special period deep in the rear of the enemy. Therefore, there is no need to talk about how serious the training was, both fighters and officers of the unit. All of them had to not only perfectly own almost all types of firearms weapons, to possess high physical endurance, to feel fine not only in the conditions of flat terrain, but also in the mountains, to own a parachute and scuba gear, to be on “you” with equipment, it is good to navigate in mine-demolition business. And this is not a complete list of the requirements that were put forward in front of the Vympel fighters. In addition, the "Vampelova" studied foreign languages, differed highly developed intelligence, and combat experience is very often mined in Afghanistan and Angola, Mozambique and Nicaragua, in Cuba and even in NATO units.

The first examination for maturity of the Vympel fighters had to be taken already in 1984-1985, when, as part of the exercises, they had to disable railway junctions, perform sabotage actions at nuclear power plants, enterprises of special regime, and also conduct operations to capture important, strategic plan of objects. It should be noted that the fighters did not just demonstrate their skills - by their actions they provided assistance to the employees of the Ministry of Internal Affairs and the KGB, heads of administrations and heads of enterprises to identify weak points in the objects subordinated to them and strengthen the protection and secrecy regime.

After the events that took place in the country in August 1991, the unit was transferred to the Inter-Republican Security Service of Russia. At the end of January 1992, shortly after the Ministry of Security was established, Vympel became part of it as an independent administration. Over time, the group was under the control of the Main Directorate for the Protection of the Russian Federation. However, after the fighters refused to take part in the storming of the Supreme Council building in October 1993, the former head of state B. Yeltsin signed a decree in those years, according to which the group was transferred to the Ministry of Internal Affairs. Revenge was sophisticated - the fighters of the special KGB unit justifiably considered themselves to be the elite, therefore only a small part of them (only 50 people) agreed to put on police epaulets.

His status "Vympel" was able to recover during the first Chechen conflict. Unfortunately, this military conflict was not in the category of small local military. Therefore, in 1995, the Russian government remembers the Vympel group - at the end of August this unit, which had already been renamed Vega, was transferred to the control of the FSB, the successor to the KGB. From now on, история detachment "Vympel" is a detailed description of the two Chechen conflicts, because his fighters took part in most of the most large-scale special operations.

One of the most striking of such operations can be considered the one that was carried out in Grozny in August 1996 of the year. At that time, a fragile truce was established between the militants and the Russian troops, but it was obvious to everyone that in reality it was just a small respite. And the Federal Security Service had certain information as to exactly which date this lull would stop - in the morning of August 6, the militants planned to launch an assault on the cities of Grozny, Gudermes and Argun. The Vympel employees occupied two buildings in Grozny - the Office of their department and the hostel. Moreover, if the first building was a real fortress, the second was the usual five-story building.

On the morning of August 6, as the FSB suggested, the militants launched an assault on the Chechen capital - an operation called “Jihad”. At the same time they entered the city in three directions. The main goal of the militants is the seizure of government buildings - Government Houses, the FSB and the Ministry of Interior. At 7 in the morning, the first shots rang out in the city.

It should be noted that most of the militants were within the city before the assault began, because the ammunition depots were hidden. In addition, the assault could well have ended with the destruction of the main forces of the militants, because Grozny was blocked by Russian troops, and in the city itself the militants failed to achieve their goals. General K.Pulikovsky, who commanded the combined federal forces, gave the militants an ultimatum - to surrender for 48 hours. Unfortunately, the ultimatum was canceled from above, Grozny passed, but this is not about that now ...

When the storming of the city began, there were 90 FSB officers in the dormitory building, of which 9 were Vympel fighters. Commanded the special forces Major Sergei Romashin. The rest of the unit was accompanied by a government commission, which had just arrived in Chechnya.

By the way, the militants did not hurry to the dormitory building at all, because to seize it was a simple matter. However, in reality, everything turned out to be somewhat different - the usual house turned into a real fortress - and this despite the fact that only a small part of the soldiers there were special forces.

By the evening of August 7, Gelayev, one of the field commanders, approached the dormitory building, who offered the soldiers to surrender, guaranteeing to save their lives, but was refused. Nobody planned to surrender - in fact, except for the painful death in captivity, Russian soldiers in the case of surrender did not expect anything else. In addition, the building contained communication facilities, special equipment, secret documentation, which in no case should have fallen into the hands of the militants. Despite the fact that communication with the Office was established, the only thing that the soldiers heard was a call to hold, because a column was sent to help the besieged.

As a result - for several days the fighters had to fight for their lives. Major Romashin was seriously wounded, but in this state continued to command the unit.

Fortunately, there was a bank in the same building, so the gunmen did not dare to shoot from guns, fearing to harm the contents of the bank cellar. In this basement, the soldiers and made a shelter, where they transferred all the wounded and those who did not participate in the defense. Soon the connection was lost, the upper floors of the hostel were enveloped in fire. The situation became hopeless, so the soldiers decided to break through. Fortunately, at that moment the main attention of the militants was riveted to the Government House, which also could not be taken by storm. Therefore, the first group of fighters, which consisted mainly of operas, left the building at 2 in the morning. It was assumed that in the second group the wounded would go, but the militants shot her almost point-blank, few survived and managed to break through. In this battle, Major Romashin died, who preferred to die himself rather than put his life in the hands of militants. He was awarded the title Hero - posthumously ...

At that time, there were still 14 people in the hostel, of whom 8 were Vympel fighters. Both ammunition and food were running out. The next day, parliamentarians were sent to them, but the soldiers did not even think about giving up - they destroyed the documents, preparing for a breakthrough, which seemed to have no chance. But the weather came to the rescue - on the night of 10 on August 11 it started pouring rain, visibility was almost zero, which only contributed to the breakthrough. All participants of the breakthrough managed to stay alive.

The 24 defender of the hostel died, and the city of Grozny itself was surrendered, but there is no fault of its defenders. 18 August militants gave the bodies of 14 dead fighters, and their bodies were so disfigured that many managed to find out only in the laboratory.

And there was still a second Chechen war ahead ...

By the beginning of the second conflict, the fighters of "Vega" had been at home for several years already - as "Office B" in the Special Assistance Center of the Federal Security Service.

Unfortunately, in war losses are inevitable. Not an exception and 2004 year. In Ingushetia, having been ambushed, 22 of June was killed by Lieutenant Colonel A. Chernysh, head of the first division group, and Major V. Dudkin, the senior police officer. In the history of Vympel, tragic pages were added after the events in Beslan, when Colonel O. Ilin, Lieutenant Colonel D. Razumovsky, Majors M. Kuznetsov, R. Katasonov, A. Velko, Lieutenant A. Turkin died in the rescue of schoolchildren from the building seized by the militants. and ensign D.Pudovkin ...

The young generation of special forces with pride and pride holds the "Vympel", which was raised almost a quarter of a century ago. And the experience gained in the North Caucasus, makes his fighters among the best special forces in the world ...

Ctrl Enter
Noticed a mistake Highlight text and press. Ctrl + Enter
We are
Spetsnaz FSB "Vympel": no margin for errorNot for glory, Vympel special forces
14 comments
Information
Dear reader, to leave comments on the publication, you must to register.